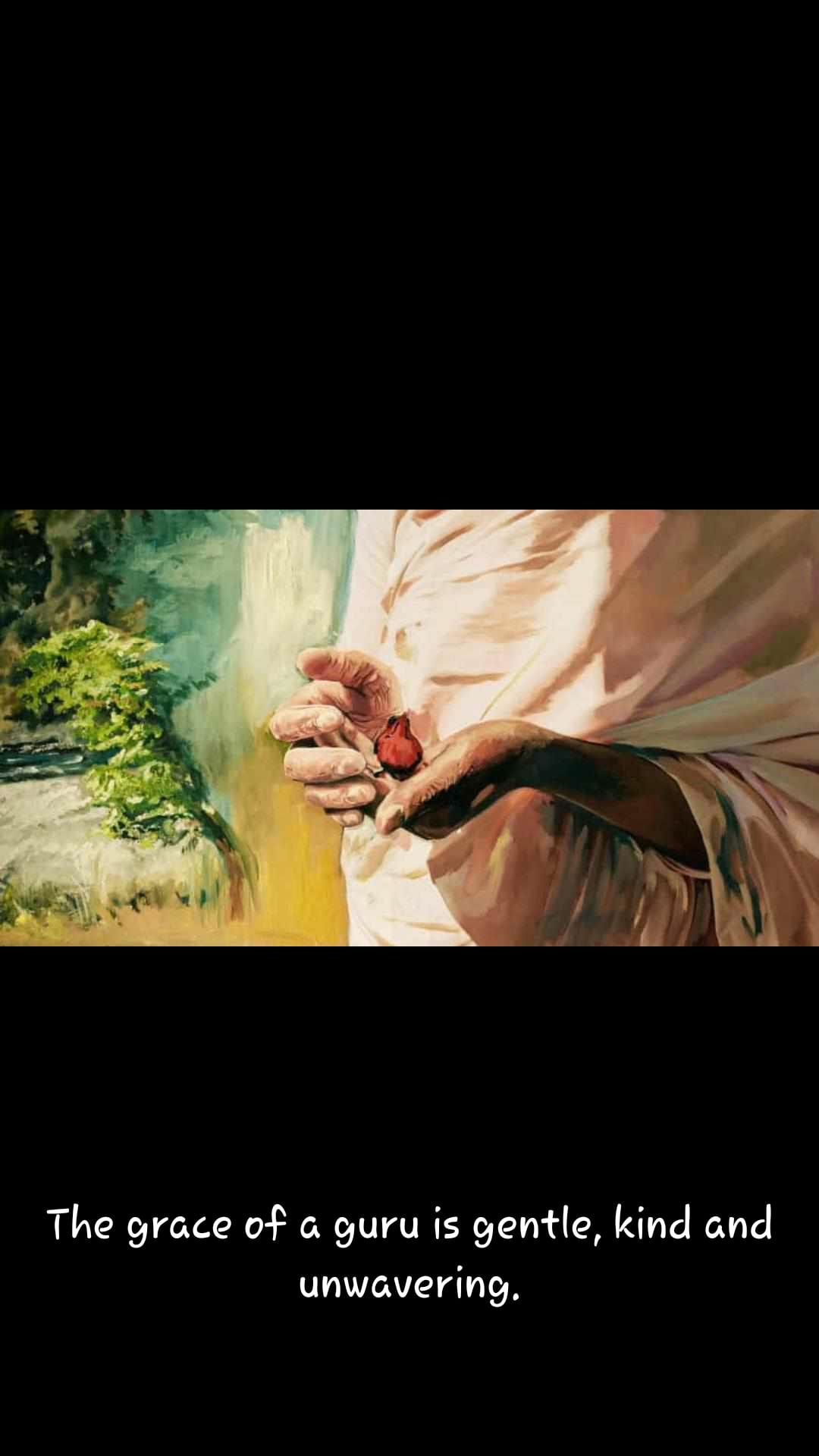 My lighthouse in the storm..

A Guru that showed us light in the darkness..

I never had any idea what a Guru-Disciple relationship is about. Never thought of having Guru till I was 30 years of age. My spiritual journey began in the year 2013 , when I started with the basic meditation as suggested by my Brother. Slowly and steadily urge began to know more about myself. After practicing meditation for few years I felt the need of Guru in a human form.The question came to my mind while searching for a Guru was how and where I will find him? Along with the question came the answer that when the time will come he will appear. As making a Guru is a one time affair for me. I made my mind that in this life I will have only one Guru in human form.

While scrolling kindle book store I found a book written by Swami Ji. Went through the reviews I thought to buy it. After buying and reading his book I found him very genuine and knowledgeable. His wisdom was imbibed in words. Only someone who have gain knowledge through his own experience can write such a masterpiece. I began searching for Ashram details. After seeing that it is bit far and I had not much confidence in myself for what was going in my mind I drop the plan.

I forgot it for a while but the thought was deep in my subconscious. So after a year I again made my mind to visit Ashram. I even requested for initiation for which I got a reply that I have to wait a little longer and before initiation I have to meet Swami Ji once.

In 2019 it was my first visit to Sri Badrika Ashram. As there was no direct train I reached Delhi by bus after traveling at night. In morning I took a train till Ambala .From Ambala to Chandigarh by bus again.It was my first trip so I had no idea how to reach Ashram. An auto guy approached me and said that he has seen Ashram(which was a lie) and can take me there. So can you believe it I reached Ashram by an Auto in around 6 hours.

My meeting was fixed next day in the morning. It was a group meeting, in which I think I alone took 2 minutes of Swami Ji. When he asked everyone that is there any question. I raised my hand and in no time handed him my email copy that I received for initiation.  Swami Ji explained Guru-Disciple relationship is something very close to his heart. He asked me to come next year. It was like someone took back a piece of bread from the hungry child. As if it was the end of the world for me. But than I told myself that Swami Ji knows what is best for me. I kept consoling myself.  After coming back I use to cry often that why did Swami Ji not accepted me as his disciple. One day I came through a Video in which I think I got my answer that Swami Ji ask us to wait for an year so we can prepare ourselves.

One day one of a very close devotee of Swami Ji forwarded me initiation request form. Tears started flowing from my eyes as I felt it was Swami Ji who has sent me this . I applied and my meeting was fixed a day after Mahashivratri. After celebrating it I was eagerly waiting to meet Swami Ji early morning. Got up very early meditated for a while,after following the Ashram morning routine sat outside waiting eagerly for my turn to come.

After meeting Swami Ji and after my Level 1 initiation I felt a sense of completeness. Felt like this after years. There was so much of peace within which made me feel that as if everything was falling back into its place. I know that I can never repay what Swami Ji has given me. I can feel his presence in my life. Just hope in my heart that I maybe able to follow his footsteps, may give honour to my Guru by leading a life of compassion, service and righteousness. I dont know whether I will be able to find my truth , a sense of doubt overcome my mind at times. A restless child of Mother Divine who knows that she only gave me such a wonderful Guru and I have faith in my Guru that he will guide me to find myself and to Maa to whom we all belong.

I am Dentist practicing in my hometown..apart from that a seeker of truth..trying to learn and gain experience from the beautiful journey called life..