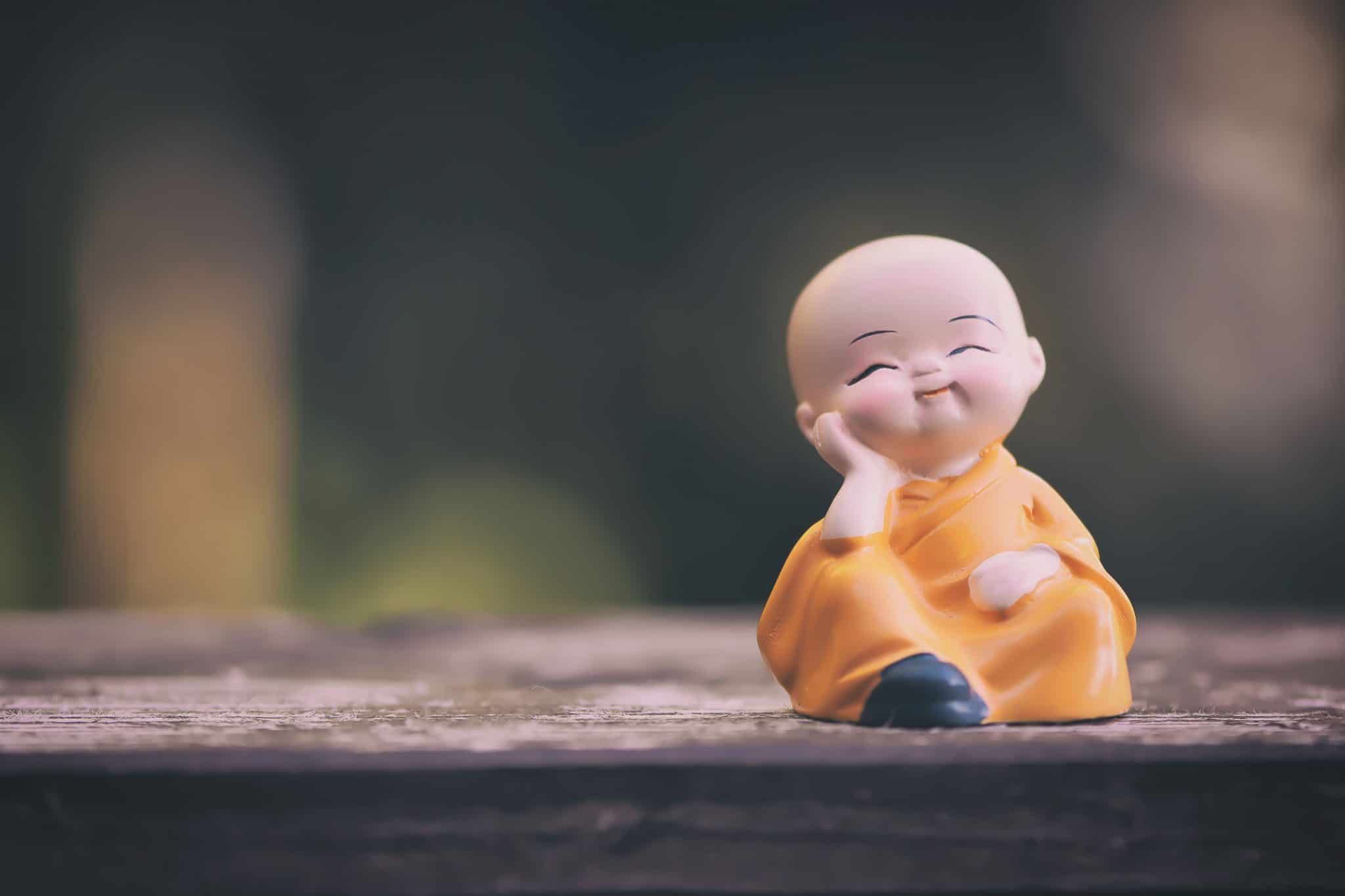 My Meditation Journey with Q&A – 1

The ups, downs and roundabouts of meditation in my experience

It has taken me a while to write about meditation as I’ve never felt qualified to do so and it’s of the utmost importance for me to be absolutely truthful. It’s also something I had to really think about (and thinking is something I’m doing a lot less of these days!) because aside from what I’ve done on Black Lotus thus far, I’ve never documented my meditation journey.

My guru, Om Swami ji, kept a meticulous journal of every session, every hour, if I am correct, of his 15,000+ hours of meditation; His awareness, posture, dullness, challenges, progress etc., (before meditation became His 2nd nature and He became meditation and is therefore at infinite hours now).

Unfortunately, I am not so organised, nor did I ever think I’d be sharing my journey with anyone. I mean why would I need to? I’m a nobody, struggling on the path like anyone else.

Well, that was before os.me, before I saw some consistent results of my meditation practice, and before a few of you asked me to share my journey.

I still don’t think I’m qualified at all to speak about meditation but if it helps anyone to see that it’s the best thing they can ever do for themselves, I’m happy to share whatever I can.

I’m still a nobody by the way. I just have stuff to share now and a place to share it.

Let me begin by saying, absolutely none of this, zip, zilch, not one iota of it would have come about for me without Swami ji’s Grace. When His Grace is upon you, the very thought of Him can change the course of your life. Any knowledge I have to share is simply what Swami ji teaches us. It’s already there in His writings and YouTube discourses in Hindi and English here, and in English here. All I have to add are my experiences, especially the challenges, the oh so many of them! But also the wonderful outcomes.

So, with that said, at present here’s where I’m at with my journey: I can fly through the air, I can materialise palaces, I can make my body as tiny as an ant… Kidding!

These are things I cannot do, and these things are not what meditation is about. Some seekers are under the illusion that they will gain such powers or siddhis as they’re called. Yes, certain siddhis are a natural outcome of meditation, such as a sharpened intuition and the ability to heal others, but if you’re on this path to gain some weird mystical powers like those mentioned, I hate to burst your bubble, it ain’t gonna happen.

But, if you want to still your mind and put yourself and those churning thoughts aside so that the true you can step forward, then that’s exactly what you shall do.

‘The true you’. What does that mean exactly? Well, I’m still finding out what the apex of that is. So, if you continue this journey with me. Perhaps we’ll find out together.

Along the way, I have figured out some things though. I’ve lost a lot, and I’ve gained a lot (I’m 41 now and 7 years older than when I first started, so perhaps a few kilos here and there 😁).

Lord Buddha was asked, or in some stories, it was Lord Mahavir (maybe one of them will tell me one day ☺️):

“What have you gained from meditation?”

“Nothing,” he replied. “However,” he continued, “let me tell you what I have lost: anger, anxiety, depression, insecurity, and fear of old age and death.”

Do I still get angry?

Yes, I do. I’d be lying if I said I didn’t. Injustice makes me angry; bullies, people abusing positions of authority, duty, status and responsibility, especially when the victim doesn’t have a voice, or is an innocent child or an animal. And I am the kind of person to speak up, even if it gets me into trouble, which it often does, and I’m okay with that. But, I don’t lash out aggressively. I never scream and shout. I understand there are reasons why they are that way. I follow protocol and take a stand as calmly as possible. Getting the job done is more important than venting my emotions on another person.

But, apart from this, as of today, I’m calmer than I’ve ever been and nothing bothers me like before, even after suffering extreme trauma in my life.

If you look at the title slide of Swami ji’s most recent blog post on meditation here, you’ll see something very similar to what I experience every day, all the time. And not just when I’m sitting in meditation, but all the time. Sometimes it’s more subtle but when I am more mindful, these ‘waves’, as I call them, are more powerful, sometimes overwhelmingly so.

Sometimes they build up like a pressure cooker and fill my entire body, sometimes it feels a bit like the feeling in your body during the climb to and descent from cruise altitude in an aeroplane, sometimes they gather in the middle of my forehead and vibrate, and sometimes they just continue to wash like waves throughout my body. These sensations are always now accompanied by a heightened awareness of everything around me (kind of like spidy senses, as my cousin said when I described it to him), plus a very quiet, sometimes totally silent mind, and sometimes, bliss, also called ecstasy.

Yes, it’s absolutely true, meditation leads to ecstasy. The same kind you get temporarily from MDMA pills (it’s why they call them Ecstasy, E’s, Ex or X). I know because I used to take them… a lot. I’m proud to say that today, with His Grace, I’ve been completely sober for exactly 6 years and 6 days — free from all drugs, alcohol and tobacco.

With meditation, there is no loss of control as with artificial intoxicants (no drunk-dialling the ex, no guilt the next day for doing something you regret), no come-down, no danger of overdose or death. The pure ecstasy you’re experiencing isn’t mixed with all manner of unnamed substances that can cause permanent damage to your brain and body, because it’s not coming from a drug, it’s coming from within you. You are, in effect, a walking, talking Ex lab, you just haven’t unlocked the door yet.

Without intoxicants, and with the right guidance and effort instead, you can walk around with a constant smile on your face, completely in control, completely aware and steeped in natural and divine bliss.

It is entirely possible. It’s not just something to read in books about ancient yogis. And it doesn’t take seven years. My first experience of this kind of bliss was in November 2015 during and after the Maha Kirtan, divine singing and dancing, on the evening of Swami ji’s birthday at the ashram. And my first experiences of these sensations in meditation was in 2016, a couple of years in on my meditation journey. After a lot of stopping and re-starting my practice, I’ve learned to be consistent and build upon the sensations so that I’m aware of them all the time now. And I am not the only one. I know a number of people who follow Swami ji’s teachings (not all who are monks even) who experience the same sensations and bliss to some extent. (Divine Love for God also leads to the same outcome I have found, but more on this another time.)

In my world, Divine Grace plays a huge part in everything I do. But even someone who doesn’t believe in God can walk the path of meditation and achieve the same state of calmness and bliss. It just requires a steadfast effort.

Although I am quite shy about it and my effort is not even 0.001% of what Swami ji has done over lifetimes, I don’t want to underplay it either because anyone walking the path of meditation and self-transformation should know that it is not easy at all, but the rewards are truly worth the effort.

I wasn’t sure exactly how to present this mini-series to make it as helpful as possible. The aim of it is to share whatever I can from my experiences with anyone thinking about trying meditation or anyone already on the path who would like to strengthen their practice. So, instead of randomly babbling away, I thought I’d ask you what you would like to know and write my meditation journey experiences with Q&A.

If you have any specific questions about meditation please write them in the comments below and I’ll answer them as best as possible in the following few posts.

Questions on topics such as how I met Swami ji etc. will be answered in my series, Confessions of a Merry Monk, so hold on to those for now. But, feel free to ask me anything you like about meditation and mindfulness, which for me go hand in hand.

Speaking of which, here is a quick article on meditation and mindfulness I wrote for Black Lotus. If you’re a beginner it might be a good place to start.

If you’re serious about meditation as a path to self-transformation, Swami’s ji’s book, A Million Thoughts, has everything you need to know. Hopefully, then you won’t have to ask me any questions, just kidding!

Please write your questions with your comments below and I’ll do my best.

I’m off to meditate now. Here’s to our blissful meditation sessions! 🙏🏻

324 comments on this post. Please login to view member comments and participate in the discussion.

A Headcount
The Stories We Tell Ourselves