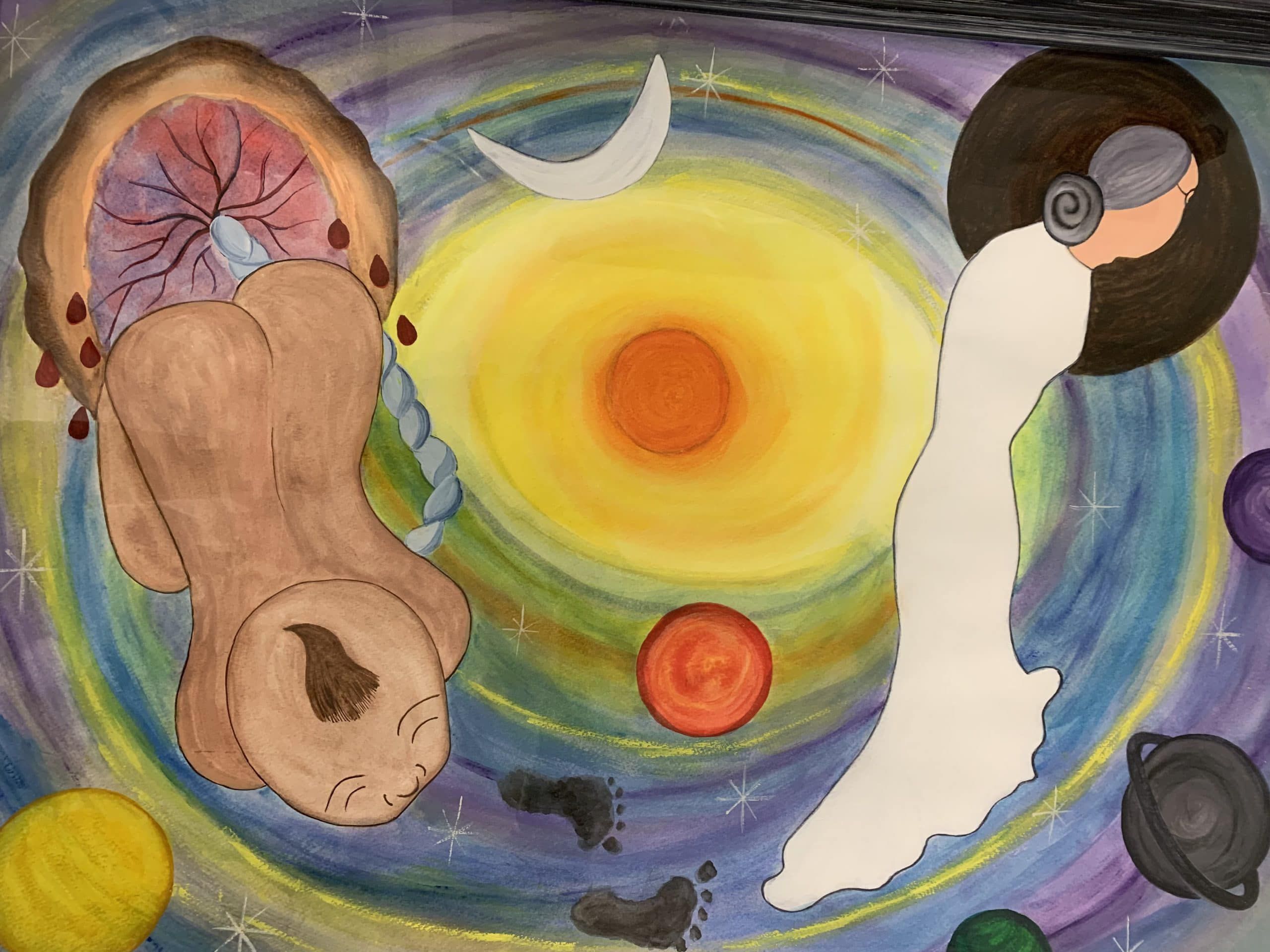 My Spiritual Dairy – The Navdurga Sadhna – 2

A date with the divine!

All along I have pursued devotion to mother divine. I have never actively pursued devotion to Lord Shiva. At the end of the daily mantras for Navdurga Sadhna when I chanted the Om Namah Shivay! I saw a big king size form of Lord Shiva. It was an extremely strong powerful form exuding brilliant radiance. I felt like I found something, I was searching for. I felt like I knew this place and mother divine meant to bring me here. I was totally enchanted by this experience. I had a hard time coming out of this chanting, I planned to chant eleven times but I don’t know how many times I kept chanting! Because I could not bear to lose sight of the Lord!

I have experienced this timelessness with this Sadhna. Where I reach the end of the japa mala and I think I just started. I have lost memory of the 108 chants! I really don’t know how many times I chanted and what I chanted! It’s an incredible experience!

It was during this Sadhna that I could experience a difference in Shiva and Shakti energies. I am purposely staying away from gender based descriptions. As it promotes stereotyping and becomes basis for gender based discrimination. Gender is only a physical attribute, it does not matter to divinity anyways!

The Shiva is this very powerful and strong energy with an extreme calming and anchoring effect, centered in the core and the base of the body. As if there is a live wire situated somewhere in the center of the body from the base to the crown of the head. It kind of radiates pulses of energy. It’s not just energy but a power house of energy. It had a profound physical effect on the body. It was hard to get up immediately and get back to work after being exposed to that extreme calmness. So often, I had to keep my eyes open and stick to the eleven chants, if I needed to get to work on time. It is a state of extreme calmness yet every pore of the body is teeming and pulsing with energy. It explained to me the depiction of Lord Shiva holding the river Ganges in his hair. Lord is this powerful energy that has the ability to absorb that powerful strong current of energy and hold that energy within himself calmly. Thereafter, the body is so rejuvenated and energized. Body feels like a feather easier to walk. Finally, I did get that energy that I needed from the mother divine Yay! Damn! I didn’t know I would stumble into this kind of energy! Whoa!

Mother divine, Shakti is a very strong, aggressive dynamic energy movement that is not necessary centered in the core of the body or anchored. Lot of time I felt it in my head very strongly or around and in my body. I thought to myself. This explains the pictures, where you can see mother divine standing with a foot on Lord Shiva. Lord Shiva is the anchor energy and mother divine is the executive energy. It is one and the same power in entirety. It also explained to me why all the Gods got together and went to Lord Shiva to invoke the divine mother, when they needed her.

It helped me experience my spirit or vital life force as we can refer to it, separately from the physical body. I could also feel energy changes in different states like wakefulness, sleep and movement.

I want to narrate a very unique occurrence during this Sadhna. One night in a dream! Of course another dream! I saw an extremely radiant and handsome form of Lord Shiva. I fell in love with that form instantly, totally swept me off my feet. I have never seen such a form in any pictures of Lord Shiva. It was this enticing enchanting form. I have never experienced this kind of emotional intensity in my lifetime ever before. Where I would desire someone or something, so crazily. I always missed an intense meaningful relationship in my life. I always wondered, why did mother divine hold off on this gift to me. Look where I found it! Now I know why I did not experience it somewhere else. I held it in my heart for someone very special. That space was already taken and I was just not aware of it!

Next time I sat down to chant, it felt very odd because the feeling that pervaded me was that of being in love. At one point I felt like, I was hanging around the Lord’s neck. My first problem was to have a snake for a neighbor. Darn, these snakes, I don’t seem to get past them. I thought hopefully they will behave themselves in the Lords presence. If not what better death can I have, than one hanging around the Lord’s neck?

Back to awkwardness, reason for my awkwardness was layers of conditioning and not because I did not want to be in that place. I would love to be there all the time. I was conditioned to believe that divinity should be held in place of respect and there is a lot of prescription for observing respect in physical world established by human brains. I felt I was face to face with something I had never expected, and I did not know how to handle this! Who says divinity respects prescriptions of respect designed by human brains! Damn! I wish the dream never ended! It felt really good in the dream. There was no awkwardness there. But in my normal physical state it was a problem to fall in love with Lord Shiva! I felt foolish. Irony was that I invoked the Lord to come to me and now that Lord was there I was stepping back. I don’t know at what point the Sadhna changed from Invoking the divine mother to invoking the Lord divine! From where I stand I don’t see that the two are any different though!

Every time I shut my eyes to chant I just saw the same thing, hanging around the Lords neck. Finally I got tired of this and in my frustration decided to just accept it as is and I did not want to give up chanting. I decided to give the Lord a big hug too!  And be done with it! I thought to myself, who said giving the Lord a little hug is disrespectful. In fact, it is the respect and honor of highest order that you allow space in the inner most recesses of your mind and body to someone. Go ahead Navjot! And one more time have the courage to walk across those boundaries created by conditioning and experience the happiness that you desire. Oneness with the divinity! You have done it before, what holds you back now. This might be your final destination! Lord is reaching out to you, this might not happen again! This is not an opportunity you can afford to miss. Don’t think, just do it!

I am an Obstetrician and currently practice midwifery in Ontario. I have devoted all my life to women's health and empowerment. I am a trained risk management professional but i do not practice risk management. Painting is my hobby, i mostly paint philosophical themes . Being a single parent to a child with severe disabilities, has empowered me to look at life with a different lens. Hence i do not conform myself to conventional ways of thinking and living, I am a free spirited person.