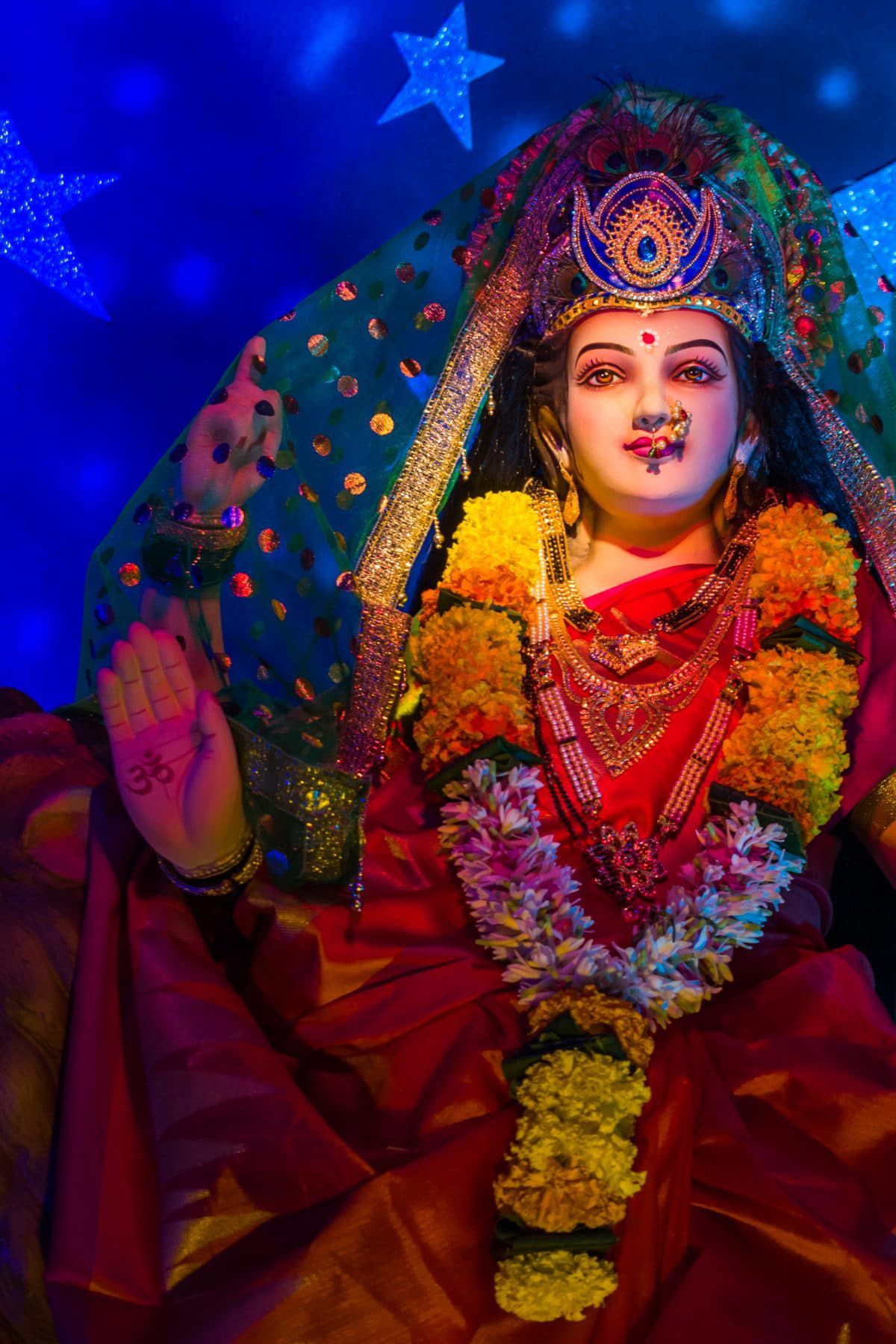 Calling Ma and longing for Shiva.

Disclaimer: This post contains my spiritual ventures of 16 plus age. So if you are less than 16, then first let your parents read it. (Ironically, teenagers like doing what they are denied of. But be mindful, there’s someone watching you, you cannot hide anywhere in this world.)

Before I go on describing what happened after I asked for separation, let me describe the reason of the intense emotions that I faced. When I was meditating on agya chakra, feeling the energy flow, it once happened that my breathing stopped for some time and I could feel energy flowing through left side of my body. This meant that may lunar channel (chandra nadi) was much active than solar channel (surya nadi). Lunar channel is related to feminine aspects, emotions, heart, etc. At that time I didn’t figure out what was going to happen. Still, when I sit to meditate I can feel the blocks in solar channel.

I have already mentioned in “Appointment with Death” about why I asked separation. Within a few days, I started feeling a void, an incompleteness, something missing. Beauty of nature, taste of food, enthusiasm that I had seemed to fade away. I started searching for answers in Swami’s videos and other videos but didn’t find anything. In January only, I began digging member posts. I searched for “Shiva” in search bar but no great results. I also listened to this invocation, it felt good. Around 20-21 January, I read some heartfelt posts by Abhishek ji which included one on guru and one on Ma. I wanted to read it again. Probably on 23 Jan morning, I typed “abhishek” in member post search bar to read his post again and guess what, instead of his posts, the first two results were posts named “Divine Experience” with Adiyogi as feature image. Actually those posts contained the word “abhishek”! (Isn’t it divine play, what I searched and what I got) Without second thought, I knew that’s it, I have to read it. I read it, realized cause of gloomy state, but controlled my tears as mother was sitting near.

Later during the online class, I read all of Supriya didi’s devotional posts which inspired me a lot. I began crying. I realized where I had started last year. In one her posts, I read the same sentence which is somewhat like “When child leaves everything and cries for mother, mother comes at once.” I had read this earlier in Sri Ramakrishna Paramhansa’s book but had never bothered Ma. Now, I was alone. I cried Ma from depths of heart. Music intensifies my emotions so I heard that invocation many many times, weeping like anything. I could feel her reddish hue form in brow center. I would cry day in and day out in silence. I said, “Now I don’t want anything. I have desires but I don’t want to run behind them. I just want Shiva.”

I wanted to tell someone about my emotions, who could understand me. After a lot of hesitation I sent a mail to Supriya didi on 26 Jan, conforming if she was one who wrote on os.me. She replied yes. Then on 27 Jan, I sent a very long mail to her (about size of a post!). She sent a very kind reply. I felt relieved for some time but the grief returned. As I read her reply more than once, I realized what mother divine told through her. On her reply, she had written, “Love him and he will love you thousand times.” I was mentally and emotionally exhausted and some how this word thousand times stuck me. 1000 – 1000 names – Shiv Sahsranama (SS) – yes, I will learn SS by Shivratri, this was my resolve. I started learning SS. Earlier I had this desire but I procrastinated. Now I was reciting the verses that I learnt all day. Within about 15-16 days, I got it by heart by mother’s grace.

Sometimes I would weep, sob in mother’s lap. I could really feel her motherly love and compassion. One day, at about 3 am, curling in her lap as if like a small child, I told her everything, weeping, emptied myself. She heard compassionately and comforted me. “Don’t worry, everything will get fine after Shivratri.” – this was what I felt she said. She made me realize that somewhere inside I had feared her as I was comparing the divine mother with worldly mother. When I went to RTO for license work (I didn’t drive, went with family), as I walked on road I could feel her walking with me. Sometimes when I had to drive in that exhausted state, it was Ma only who protected me. While reciting verses, sometimes I would forget some. I would stop, ask her to help and they would come to my mind. One day during Meditation, I felt bright light, I shouted mentally, “I don’t want this light show. I want you.” Lights off.

During those days, slowly images, incidents from past, often painful, would spring to my mind. It was very exhausting. One day while sitting in a particular position, I looked inward and realized that I was copying someone else. Other day I realized I was walking like someone else. I began to see how my badly my mind was conditioned. I realized the harm that movies and Bollywood songs had caused. All the songs that I had heard in past would ring in my ears on autoplay, it was like dumping out of inner sound garbage. It was painful but at the end I slowly got rid of those song garbage that I had filled inside. That time I understood something about Vigyanmay Kosh.

I began to see how impure I was, how much I had harmed others, etc. I asked mother to pull me out of this filth I had created. I asked for forgiveness. One day (3 Feb) I thought to use hotline of os.me. That day I found the link of creating free account. I dropped the idea of using hotline. As soon as I created account, I vowed that I would not write anything before Shivratri, as I wanted to please him, wanted to focus on Shiva. Then I began asking him that I don’t want to live after Mahashivratri, either you come or wipe me off and what I did on 18th Feb you already know.

In the Gupt navratri that started from 12 Feb, I decided to do chanting of Ma’s Kali form’s shabar mantra that I had done before once again. This time I chanted it all day and with great intensity. While eating, drinking, all day. I could feel her form. I don’t remember clearly but during those days I would talk to her. She is not “bhayankari”, she is “shubankari”, she is “Anand Roopa”, of form of bliss. When I heard that offline classes were starting, I asked her to prevent me from getting lost in external world. On 16 Feb, it was my first day of college offline class and as I drove about 7 Kms to college, I could see her form on which I meditated. I could see that form for all day, along with awareness of external world. I attended the class, sitting in her lap. At night I slept in her lap. On 3rd or 4th day of Navratri, the environment was stimulating at night. I felt sensations arising in my pelvic region as I was lying in bed, my head in her lap. Ma, he is trying to test me, I won’t get swayed. I don’t know how, but you are Adi Mahavidya, the knower of all Tantras, you are Kamakhya, you know how can it be transformed into spiritual energy. I offer this arising energy to you. I kept lying unmoving like a corpse, mentally repeating her mantra. That day my biology couldn’t take over me. Her presence was so real, that I felt little bad on end of Navratri.

After Navratri, emotionally I started becoming a little stable. I again started revising SS. On 28 Feb, following my inner voice, I sent the link to create free account on os.me to a friend whom I hadn’t contacted from a long time. I have seen him really suffer. He replied that he was passing through a bad phase and asked me how I always came to help him on right time. I said I just do what they tell me to do. I really felt a little happy for having helped someone.

A few days before Shivratri, I saw a black shadow form of yogi in my dream, the background was bright light before I got up. Slowly days passed, and finally Mahashivratri came. Night before, I asked Ma to wake me up early. I got up around 3 am and then in next post ☺️.