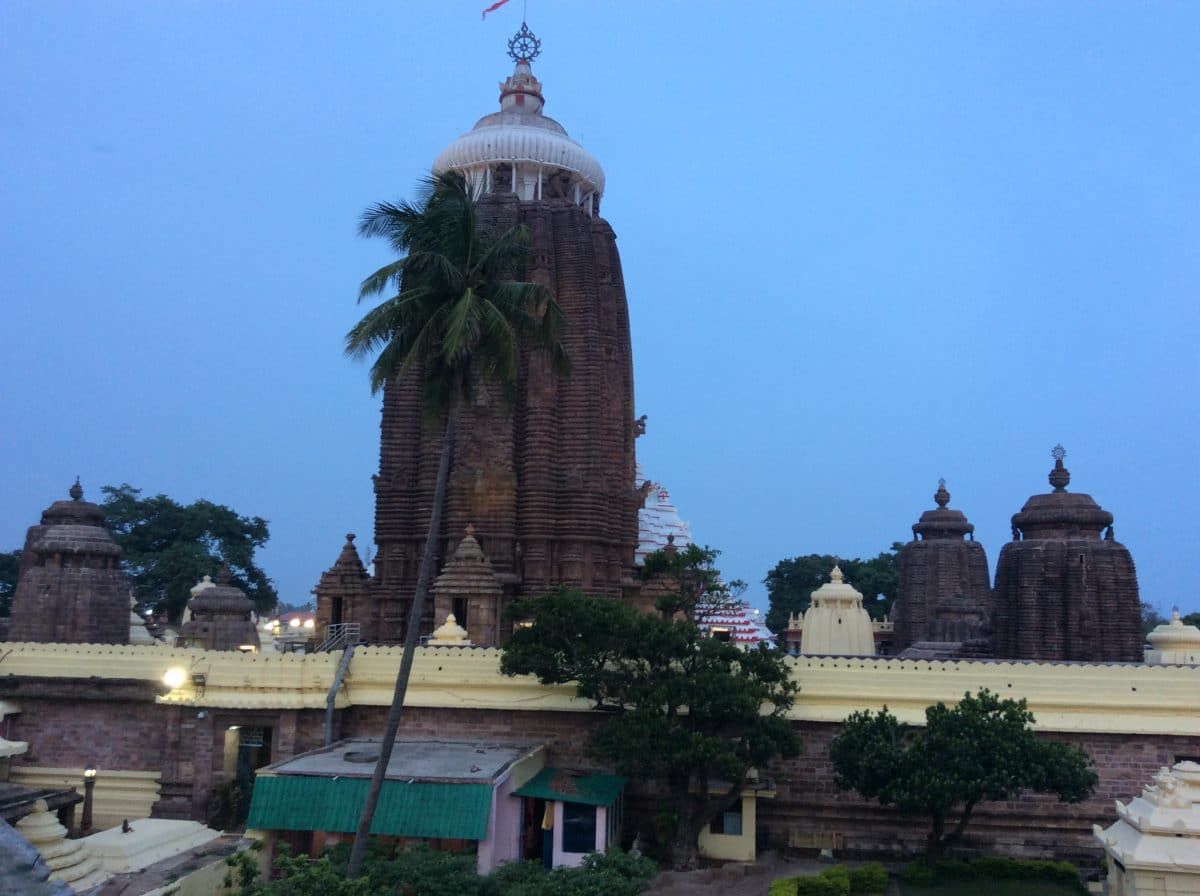 My Trip to Puri Jagannath - I

It was that time of my life when I was very deeply immersed & crazy towards Lord of the Universe / Krishna / Sri Ranganatha / Perumal / Maha Vishnu whatever name one is able to connect with.  I started going to Srirangam every Vaikunta Ekadashi, and Dwarka for every Janmashtami and had visited Sree Padmanabhaswamy in Trivandrum and also Adi Keshava in Thiruvattar, multiple times.  After one of those trips my MIL asked me where next and I don’t why I told her I wish to go to Puri sometime. She said we can all go to Dwarka and Puri and come back.  I didn’t even know where Puri was and what is the significance or uniqueness there, so I started researching.

I suddenly received a call on my mobile from one of a very old employee and call was disconnected before even I could pick up, so I discounted that incident and continued my research about Puri.  I came to know about Nabakalebra, the year when all the 3 Vigrahas are replaced with new ones. This happens once in 12-19 yrs depends on Adika Maasa in our Panchangam and 2015 happened to be that year.  I got so excited about going to Puri; Least I knew that I am going to be part of 65 Lacs people who will be gathering and it’s a 6 day long process; but then, by the time I came to know about it, my heart and soul were already in Puri.

Now coming back to my original story, the ex-employee called me back same day late night to profusely apologize for the call her son made to me by mistake.  We went on talking about what was she doing those 7 years after she left us and then one point came about her hometown and her in-laws only to reveal her identity that she is from Puri.  I just jumped literally from my bed, since I was winding up already for the day and sat straight with all my senses open to know the divine play doing its rounds to make my wish come true about attending Nabakalebra in this birth.  I came to know that she goes to Puri every year and her in-laws stay right at the back of the Mandir and so, though I had no clue about the place at all, it was all enthralling to even know I am going to visit the Mandir at such auspicious time and then she said around 50-60 Lac people will come, there will be nakabandhi, the whole city will be cordoned off, do you still want to visit.  I said there is no question of whether “do I want to” any more. I  just have to, that’s all I know.  So, she helped me book a room just at the back lane of the Mandir for those 5-6 days and that got sealed for my visit. I had luckily booked 3 rooms, so that if anyone wants to join, the stay is not an issue later.

As the time was ticking, I kept researching on the Nabakalebra process and what all they do, and where all they go to get the wood for redoing the Vigrahas, the entire process was really mind-boggling (this topic for a later post pls) and my desperation to meet the Lord of the Universe (Jagannatha) was only becoming more and more intense.  Before I went for the Ratha Yatra which attracted 65 L people that year, I visited the Mandir / Kshetram during the Brahma Padartha – Soul Transformation almost a month prior to it as well. So, I kind of knew the lay of the land already when we went again in July 2015.

As the time passed, between June & July 2015 after I visited the Mandir in June, I started getting a bit nervous because people around me commenting on the kind of crowd and what is the necessity to go et all.  Though outwardly I kept telling everyone that I have to go because everything is pre-planned already, I was a bit jittery, since I got into my monthly cycle.  That’s when I called out to Lord frantically to tell me whether I should come or not.  I have a unique relationship with the names that appear in front of me whenever I am in crossed roads, and when I am travelling most of the time the driver’s name will be the answer to my question.  I didn’t get any answer to my गुहार till the day I was travelling in the morning.

I had couple of more people coming with me, we were 5 of us then.  I had kept an alarm for 6 am in my phone and 5.30 am I see my phone ringing with the name flashing on it Lakshmi Narasimha calling. That gave me some confidence & showed me my path to get ready & start my travel.  On the way the driver received a call and he answered it saying Prasanna here, I got confused and asked him your name said Lakshmi Narasimha and how come you are answering as Prasanna and he replied that his name was Prasanna Lakshmi Narasimha.. I felt good about it and went on dwelling in my thoughts about our trip.

Mein Aur Mere Sri Hari 🌸
What Held Me Up from Writing, for Months