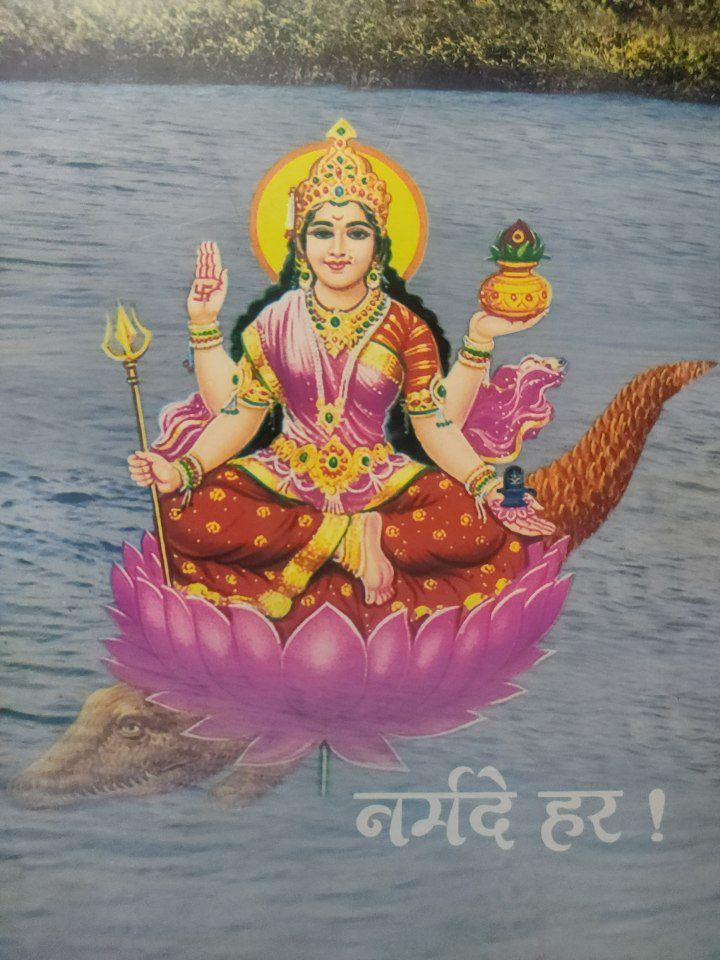 For decades we hear from saints time to time

In the Skanda Purana, it is described that for the welfare of Jeevas  Lord Shiva is doing Tapa on Mekal Mountain in Amarkantak.  At that time Sweat comes out from his body and falls on Earth in form of a Drop. From that forms “Narmada” which is best among rivers.

Wherever the virtuous Narmada is present near the auspicious temple of Lord Shiva, the bath of the river Narmada there is equivalent to bathing in one lakh Gangas. All the merits that one gets from Agnihotra and the fruits obtained by performing Shradh of ancestors are attained by the waters of Narmada. There is no other thing like chanting the name of Narmada and donating to her confluence tirtha.

One who dies on the banks of the Narmada attains the form of Lord Shankar. Where there is no Narmada, there is an inspiration to atone for sins; But after receiving the Narmadajal, there is no need for atonement.

Narmada-Parikrama is a treasure trove of Indian culture. Although there are other large rivers in India that are larger in size and length than Narmada, the circumambulation of Narmada is done only because of its antiquity and superiority of Narmada over the others.

In Indian culture, rivers are considered as Lokmata or deity. The ancient tradition of expressing reverence, gratitude, and respect for the rivers has been going on in our land since our ancestors were aware of the divine influence of the rivers. Shri Markandeya Muni was the first promoter of Narmada-Parikrama.

For Full information on Narmada Parikrama along with Maps and other relevant information , Kindly Click Here.

This experience I have read somewhere in a book but after searching a lot have not found it. I will write here based on my memory. On the banks of River Narmada, there is an Ashram called Markandaye Sannyas Ashram.  This incident is described by Swami Ramanand Saraswati ji once there.

The Incident:- One day he was worried about a situation as there were only 7 days of food left with him. At that time he feel that a 16-year-old girl appeared from nowhere and said to him:- ” How many years passed since you have taken Sannyas?

Girl:- At Any instance, in all these years, I have not let you sleep without food! Even if I cant arrange for you in the morning, I will not let you sleep with an empty stomach in the evening. Right now also I have arranged food for 7 days with you, And you are worried about the situation after 7 days!

After That incident, Swamiji said he never worried in life. He always said:- “Iss Ashram ko to Maa Narmada Khud Sambhalti Hai!” (This Ashram is taken care of by Maa Narmada Himself !)

It is written in scriptures and also through Saints heared  that after 5000 years of Kaliyug are passed (currently 5122 years are passed) , all power of Ganga will be  samahit (i.e. transferred to) in Narmada. This also increases importance of Maa Narmada.

Thinking Out of the Box (Creative Thinking)
On Self-identity.