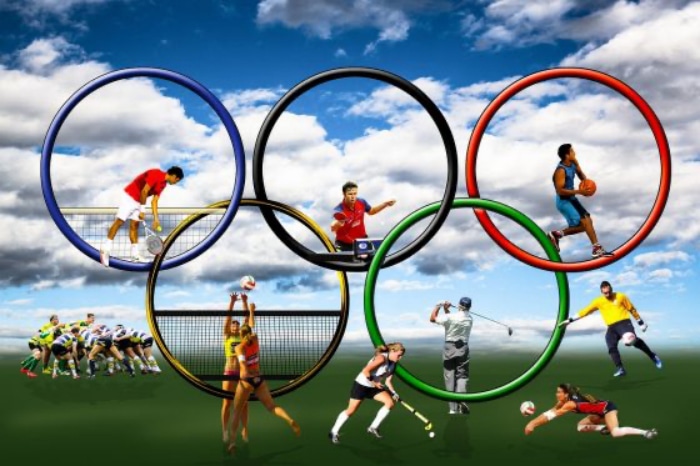 Why do we all get excited about our country's performance only during the 2 weeks of Olympics, every 4 years and then go quiet?

Olympics Tokyo 2020 triggered a wave of nationalism across India. From weightlifting to wrestling and from badminton to boxing, there was an upsurge in support for Indian athletes. This fervour is a quadrennial phenomenon, goes up during the games and dies down when they end. This year, the enthusiasm was sustained longer as we had our largest haul of medals, culminating with the only gold on the penultimate day. Our athletes’ performance unified the nation for these 15 days.

But this article is not about the Olympics, it’s about the surge in nationalism that grips the nation during such sports events. We wake up early to watch live events of sports that we don’t even know the rules of. We admire the achievements of athletes whose names we can’t spell correctly. We jump up, scream, pump fists and give hi-fives on the smallest of wins.

And once the games are over, we go back to our routine lives, the athletes plan for the next event and the die-hard sports fans switch channels and resume watching cricket. Where is nationalism when there are no Olympics? Why is it not on display any other time, except maybe on the national holidays, when we are tempted to buy mini flags and other tricolour-themed goodies? Is it because we do not have enough heroes and heroic acts outside of sports to cheer and celebrate?

Probably the answer is a combination of all these points. In the humdrum of our own lives, we don’t get such cherished moments, as sports are not part of our culture. Health and fitness apps coax people off the couch by giving reward points for taking the first step.

Let’s hope that Tokyo 2020 will be a game changer for this cricket-crazy nation. As our passion in cricket has shown, nationalism can lead to improved player performance. If we encourage our children to participate in many more sports, take more interest in local and national events of various sports, push for enhanced sponsorships and support the more promising athletes; we can hope for an even bigger medal haul in Paris 2024.

This is not an original article !! I wrote this for the New Indian Express and it appeared in their Sunday edition on Aug 22 ! 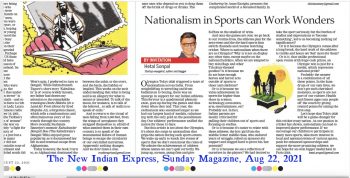 
Login with Email
No Account? Create One
Road Not Taken
The Itch