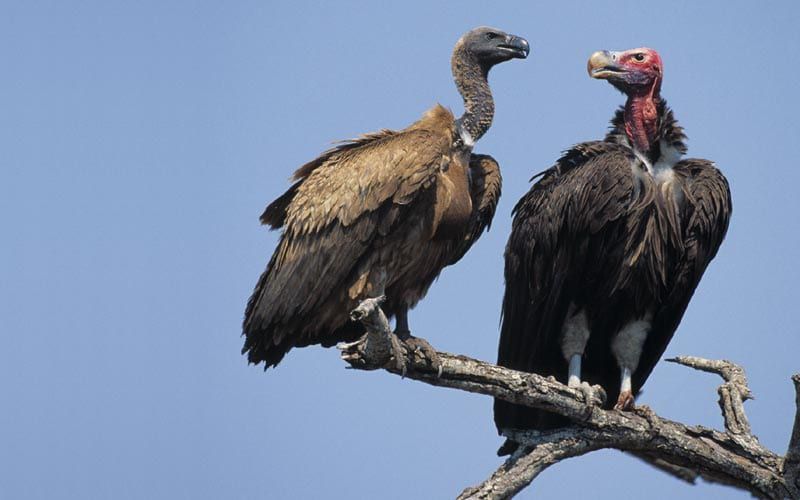 Son: I am too hungry; why don’t u teach me how to kill that rat for eating?

Mother: Son we are vultures, we only feed on dead animals. We don’t kill anyone for our survival even if God has gifted us the ability.

Son: But why we are waiting here for so long? Our community has found food in the jungles and happily enjoying their meal!

Mother: Well that’s a secret I want to reveal to you today. There is too much fighting in the jungle for a small food. Here we will have the first bite of a dead body before our community arrives.

Son: What’s that secret? How did you come to know about it?

Mother: There are a few communities of human beings who keep the dead body on a mountain so that scavengers like us, eat it up. This ritual of ‘Sky Burials’ has been practiced for 2500 yrs and continues to do so. I have come to know when I was young and exploring the Himalayas. One of the Lama in Tibet gave this knowledge when he was communicating with nature while meditating. And when you are sitting ALONE at this elevation above human population you will come to realize the natural behavior of living things.

Son: Oh I don’t like humans. Whenever I feed on dead animals in their habitat they throw stones at me. Some of them even chase me and try to kill me. What is wrong with humans? I am a harmless creature.

Mother: Son, don’t get aggressive. ‘Most humans don’t like scavengers’, that’s the problem in maintaining nature’s perfect creativity. You should not care about a society which is unable to safeguard their own culture and environment. They have killed tigers and leopards in large numbers, thinking them as dangerous for human civilization. They destroyed all-natural habitat for other living organisms. Start to think and understand things around you, the basic elements that we are made of, and destroy us.

Son: Why didn’t you allowed me to eat cattle yesterday?

Mother:  The cattle was poisonous.

Son: How can that be? We never cared about that before eating anything.

Mother: That’s the problem! You should know everything about the food you are going to consume. It is going to become a part of your body. How can you be so careless about your health?

Son: I didn’t get you mother. Please explain.

Mother: Humans have injected cattle with all dangerous chemicals during the cattle’s lifetime for their own benefit. The chemical has accumulated in the cattle’s organs. Humans themselves have started living only for survival with the help of unnecessary medicines. Due to the greed of accumulating wealth and power, they have less time to think about their body & mind. Humans have started consuming chemical treated foods and cancer-causing products that kill them in the long run.

Son: That means we are dying and will get extinct! There may be some humans who really know these things. Why don’t they change the rest?

Mother: It’s hardly possible son. Humans stick to society and ‘follow Societies’ Way’ just because AT-LEAST after their death people will give them four shoulders or bury them at a place of their last wish. What the mess it is, they have not given up their greed during their lifetime and still have longing for their body after DEATH. One-day curse will come to them and the whole civilization (that they are so proud of) will suffer in hands of nature.

Son: But I have seen them enjoying everywhere. How can you sense that?

Mother: Our environmental balance on earth has drastically changed in the past 100 yrs. This has never happened before. Humans are polluting and destroying nature more rapidly each day than the previous one. We are experiencing extreme weather conditions more frequently for the past 100 yrs. This extreme weather conditions only occurred rarely before that.

(Just then a group of men carrying a dead body came towards the cliff. They performed the last rituals. Seeing the two vultures all of them sat and prayed them. After prayers they kept a pot of water and left the place.)

Mother: OK son enough of this useless discussion. Let’s have our meal.

Son: Mother, you said that humans too have consumed harmful chemicals and cancer-causing foods. I am not going to eat it.

Mother (Smiling): One thing I forgot to tell you. These community of people who have kept that body have treated their body as a GIFT to them from GOD. They have maintained extreme austerity during their lifetime and have not consumed any harmful foods or practiced unnatural living conditions. They are at-least conservative in this idea from time immemorial. I have full faith in these community peoples. It’s up to you to decide what to do.

(Both mother and son took a deep breath and descended towards the dead body with full speed.)

Either we allow Nature’s cycle to complete or FACE Nature’s CURSE.

Published on my website link https://www.facebook.com/vanyabharat on 19 June 2016 · Public

Not much to talk about myself. Simply doing my dharma towards my company, family, society and nature who silently expects me to do them without hurting anyone.