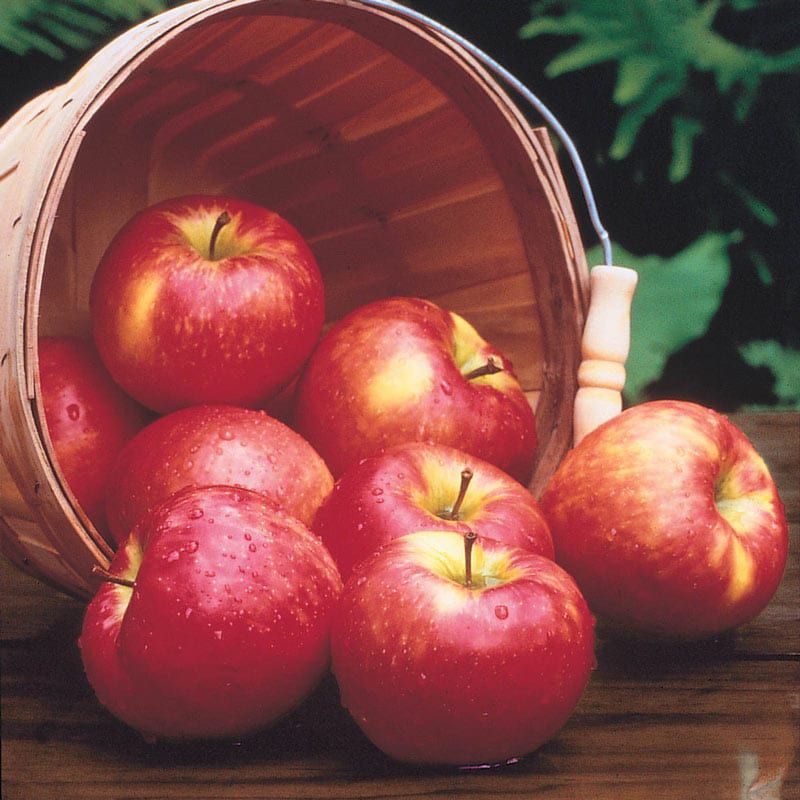 How the humble apple became my first brush with Bhagvan's Leela

So it had come down to this. I was drinking tea at 4:00 in the afternoon.

It was Day 3 at the ashram, and I was ravenous. With utter certainty, I could say that the number of times I’d had tea or coffee in my life had never crossed the double digits. But with three hours to go for dinner and four hours since lunch, one couldn’t be picky.

How come there’s no snack? I wondered. Nuts? An apple or a banana? I was even ready to forsake my dislike of namkeen if it meant I could satisfy my tummy. Sadly, there was none.

This meant that I went into the daily discourse, hungry and a little grumpy. Was this how I was going to feel for the next few evenings? It wasn’t something I was looking forward to.

The next evening, as hunger pangs began tugging at my tummy once more, I began a reluctant walk to the tea counter outside the dining hall. I had barely exited the dorm however, when I was stopped by a devotee, also visiting for the first time. We’d had a couple of friendly chats over meals, and I admired her forthrightness and no-nonsense approach to life.

“Here,” she said, holding out an apple, “I thought you might be hungry.”

I took the apple from her joyfully and bit into it right away. The crunch, the juiciness, the texture — they all took on new dimensions for a mind longing for food. Never had I appreciated an apple more than I did in that one moment.

She laughed. “I’ll save you one for tomorrow as well,” she said before walking off.

I blinked after her. I hadn’t told her that I got hungry between meals or that I didn’t drink tea and coffee. How had she known?

Was this what they called Bhagvan’s Leela?

I didn’t think too much of it though and that evening, I went into the discourse in a much happier mood. As the arti drew to a close and Swamiji gracefully exited, my eye fell on two big cartons of apples that Raghu Swamiji, Swamiji’s long-time disciple and a renunciate, brought out to distribute as prasadam. I watched excitedly as he gave out two each, my scheming mind already calculating how I could save them for the following evenings when I was sure to be hungry again.

I took them gleefully and made my way to the dorm where I carefully stored both at the head of my mattress. This little worry out of the way, I proceeded to sleep peacefully. I awoke the next morning, eager to get to the library and finish the last couple of chapters of Om Swami: As We Know Him.

In Swami Vidyananda’s portion of the book, he had written about how he ran out of tomatoes one day while cooking Swamiji’s meal. When Swamiji found out, He didn’t say much. But over the course of the next hour, villager after villager proceeded to bring bags of tomatoes, until the little kitchen was full to the brim, stocked to last a month.

This little anecdote was one I thoroughly enjoyed, both fascinated and amused by how Swamiji could manifest anything He wanted, including 20 kilos of tomatoes.

After finishing the book, I made my way back down to the dorm, thinking I would take a nap. As soon as I walked in, my neighbour called out to me.

“Divya! I was waiting for you. Here, I thought you’d like one.” She held out an apple.

“Oooooh! Thank you!” I grinned and accepted it. Having extended my stay at the ashram by a few days, I was grateful that my evening snack for the next three days was sorted.

The next morning, when I came back from breakfast, my other neighbour smiled at me.

“Have you eaten?” she asked.

“Yes, I’ve just come from the dining hall,” I said.

“Oh! I was hoping you’d have some space for this.” And she held out an apple, neatly sliced.

For the first time, I felt a sense of wonder creep in. Another apple?

I accepted it, a little uncertainly. And over the course of the next few days, I watched in increasing disbelief as apple after apple made its way to me. Now, it was part of breakfast. Now, offered by another generous devotee. Now, yet another devotee. These were people I had barely spoken to and here they were, offering me the fruit like we were lifelong buddies. And it wasn’t a single apple, no. The numbers kept increasing.

“Here! I brought you two apples today.” This, from the devotee who’d given me my first apple.

“I’m leaving today and I don’t want to carry this with me. I know you may get hungry during the day, so, would you like these apples?” A fifth devotee, now a dear friend of mine, held out three apples in a bag.

“Oh! I wanted to check with you. Would you like these apples? I’m leaving today and I don’t want to take them with me.” Devotee number six, whom I’d spent a few minutes with, the day prior, held out six apples in a bag.

At the end of five days, I had at least a dozen apples sitting at the head of my mattress. Suddenly, the seven hours between lunch and dinner didn’t seem long enough. How on earth was I going to finish these apples? I experienced a slight sense of panic and Swami Vidyananda’s story about the tomatoes kept ringing in my mind. What had I done? I had asked of Maa without knowing who She was or even knowing that it was Her I had asked.

A couple of mornings later, I made my way to the ashram store, wanting to buy some toothpaste. Prabhuji, a brahmachari and one of the humblest people I’ve ever met, oversees the store. As I paid for my purchase and made my way to the exit, he stopped me. “I’m not sure if you want them but we got these apples and nobody is buying them. Would you like them?”

He showed me a crate filled with not 9, not 12, but 24 apples sitting inside. “You’re welcome to take them all,” he said, smiling impishly.

“Prabhuji, I already have a dozen apples sitting near my bed!” I practically wailed. “What would I do with 24 more?!”

I didn’t know whether to laugh or cry.

But I was done.

“Swamiji, please, enough!” I prayed. “No more apples, please!” I had enough to open my own fruit stall at the ashram. I was no longer even that hungry between meals. All I wanted was some respite from this apple bonanza.

And from the next day, just like that, the apples stopped. Not a soul asked if I was hungry and needed apples. All the generous devotees who had seemed to magically know of my insatiable need for this red devil of a fruit, disappeared. The event had ended and with it, my first brush with His leela.

Was this what they called Bhagvan’s Leela? Swamiji had answered my question.

It’s now a year later. Winter has arrived once more here at the ashram, and I have a dozen apples sitting by the head of my bed. This time, of my own doing 🙂

Just today though, I received a message from an ashram resident. “I have some apples for you. I’ll give it in the evening.”

Needless to say, my answer was no 🙂

Below is Poem 4, written the day I got the first apple 🙂

GRACE
The light of a million stars

in a swirl of white

the glow of One

who has taken upon Himself

What do we know

of the God who

walks amidst us as

we covet as idols,

He, Who is far

so that we may stand a chance.

A chance to reform,

evolve without the body

And what Grace indeed 🙂

126 comments on this post. Please login to view member comments and participate in the discussion.

Was It Hanuman ?
Leadership – Walking the Talk