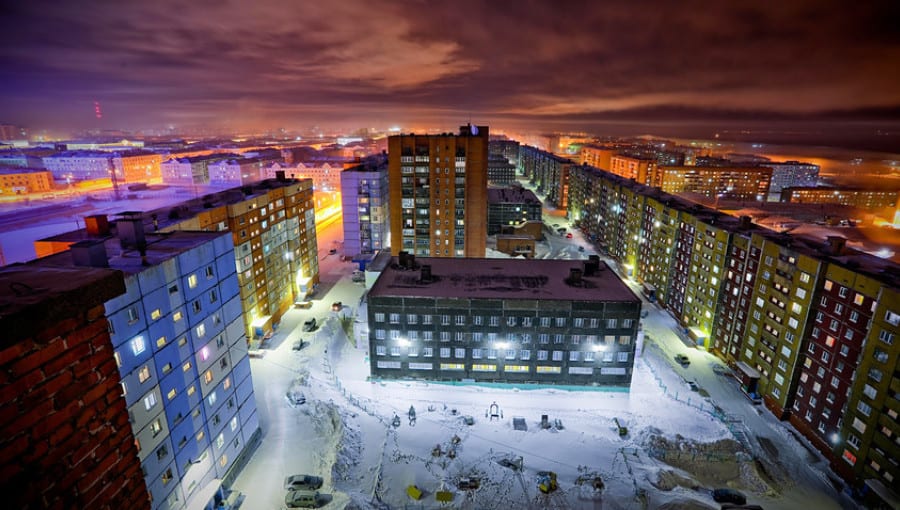 Situated near the Arctic circle, Norilsk can be best described as a freezing landscape. Are there any redeeming qualities?

As of 2001, sixty-six years since its inception, the melancholy grey boxy flats atop a damp icy sheet have remained closed to foreign travellers to independently sustain a permanent population of 175,000 imprisoned souls disconnected from the outside world. Located east to the Yenisei River and trapped within Siberia’s most brutal winters, the city once harboured mining operations and gulags courtesy of the Soviet Union. Today, as Norilsk is maintained entirely by the palladium enrichment firm Norilsk Nickel, the people are at the mercy of the corporation. The precious minerals buried under the Siberian soil are

Welcome to the most depressing city in the world.

First founded in 1935, Norilsk’s mineral deposits were exploited without fail by the order of the Soviet Union, with nickel, copper, and even platinum dominating the mining operations. The mines would be fuelled by the forced labor camps concentrated around the Krasnoyarsk region. In addition to minerals, Norilsk became a home for the nomadic Dolgans, now situated in the Taymyr Peninsula in Russia. The Dolgan people would independently satiate their needs through a lifestyle comprised of hunting and reindeer domestication before the Soviet government placed them in collective farms. Today, there are about 7000 indigenous Dolgans in Norilsk, however the numbers are dwindling. The traditional ‘shamanist’ beliefs, akin to the Pagan gods, is in danger of sweeping away by local governments as they promote Christianity in modern societies.

The geography of the city, situated so close to the Arctic circle, has provided substantial paleontological evidence of the species that trampled throughout the Ice Age. The ribs and hip bones of the late mammoths were an incredibly rare but rewarding find, as more scientists and palaeontologists scrambled on the hunt to find more. Unfortunately, as the winters would progress, the bones of the late behemoths would be discarded as the remains of late humans would surface more frequently; they were the victims of a regime colder than the blanketed frost they resided under.

But life’s not entirely dismal for the residents, who’ve made time to partake in leisure activities within the comforts of their home. Norilsk’s cold environment leads to shorter days and longer nights. This didn’t stop them to preserve arts and culture; activities ranging from pubs to ballet lessons are available around the city. A taxi business consisting of anyone with a license helps with navigating through the ice. And despite the freezing atmosphere, locals still dive and bathe in the partially melted ice water, not as a hobby but a lifestyle. Amidst the harsh environment and tensions, Norilsk has earned a poor reputation with a poorer history, yet the city may seem so to the outside world, unaware of the rich culture, history, and the solace locals find in each other.


Login with Email
No Account? Create One
FESTIVAL FOOD SERIES -1
Me time