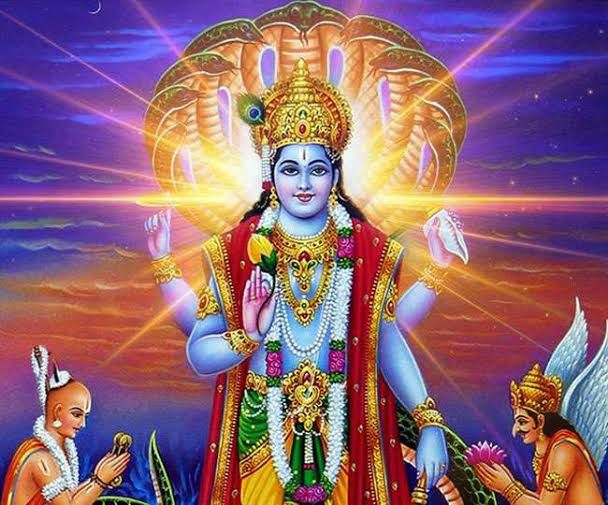 O Narayana, You Call Yourself Savior of the Fallen…

These are the words of Sant Kanhopatra , a pious women who was forced into prostitution in 15th century.

If you call yourself the Lord of the fallen,
why do O Lord not lift me up?
When I say I am yours alone,
who is to blame but yourself
if I am taken by another man.
When a jackal takes the share of the lion,
it is the great, who is put to shame.
Kanhopatra says, I offer my body at your feet,
protect it, at least for your title.
-Sant Kanhopatra 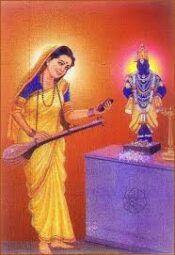 Kanhopatra was a daughter of a rich prostitute and courtesan named Shama or Shyama, who lived in the town of Mangalvedha, near Pandharpur. Shama was uncertain about the identity of Kanhopatra’s father, but suspected that it was the town’s head-man Sadashiva Malagujar. Kanhopatra spent her childhood in the palatial house of her mother, served by several maids, but because of her mother’s profession, Kanhopatra’s social status was demeaningly low.
Kanhopatra was trained in dance and song from early childhood so that she could join her mother’s profession. She became a talented dancer and singer. Her beauty was compared to the apsara (heavenly nymph) Menaka. Shama suggested that Kanhopatra should visit the Badshah (Muslim king), who will adore her beauty and gift her money and jewelry, but Kanhopatra flatly refused.

Traditional tales narrate that Shama wanted Kanhopatra to marry, but Kanhopatra longed to marry a man who was more beautiful than her.

Scholar Tara Bhavalkar states that Kanhopatra’s marriage was forbidden, as it was not socially acceptable for a daughter of a courtesan to marry.
Sadashiva Malagujar, Kanhopatra’s supposed father, heard of Kanhopatra’s beauty and wished to see her dance, but Kanhopatra refused. Accordingly, Sadashiva started to harass Kanhopatra and Shama. Shama tried to convince him that he was the father of Kanhopatra and thus should spare them, but Sadashiva did not believe her. As he continued his harassment, Shama’s wealth slowly depleted. Eventually, Shama apologised to Sadashiva and offered to present Kanhopatra to him. Kanhopatra, however, fled to Pandharpur disguised as a maid, with the help of her aged maid Hausa.

Varkari pilgrims who passed Kanhopatra’s house on their way to the temple of Vithoba (Vishnu) in Pandharpur. According to one story, she asked a passing Varkari about Vithoba. The Varkari said that Vithoba is “generous, wise, beautiful and perfect”, his glory is beyond description and his beauty surpasses that of Lakshmi, the goddess of beauty.
Kanhopatra further asked if Vithoba would accept her as a devotee. The Varkari assured her that Vithoba would accept her. When Kanhopatra first saw the Vithoba image of Pandharpur, she sang in an abhanga that her spiritual merit was fulfilled and she was blessed to have seen Vithoba’s feet.She had found the unparalleled beauty she sought in her groom in Vithoba. She “wedded” herself to the god and settled in Pandharpur.She withdrew from society. Kanhopatra moved into a hut in Pandharpur with Hausa and lived an ascetic’s life. She sang and danced at the Vithoba temple, and cleaned it twice a day. She gained the respect of the people, who believed her to be a poor farmer’s daughter maddened by the love of Vithoba.During this same time, however, Sadashiva—who felt insulted by Kanhopatra’s refusal—sought the help of the Badshah (king) of Bidar. Hearing tales of Kanhopatra’s beauty, the Badshah ordered her to be his concubine. When she refused, the king sent his men to get her by force. Kanhopatra took refuge in the Vithoba temple. The soldiers of the king besieged the temple and threatened to destroy it if Kanhopatra was not handed over to them. Kanhopatra requested a last meeting with Vithoba before being taken.By all accounts, Kanhopatra then died at the feet of the Vithoba image, but the circumstances were unclear. According to popular tradition, Kanhopatra merged with the image of Vithoba in a form of marriage—something that Kanhopatra longed for.In some accounts, the nearby Bhima river (Chandrabhaga) flooded, inundating the temple and killing the army that sought Kanhopatra. The next day, her body was found near a rock.
after this yogic “miracle”, the Muslim mogul of Bidar converted to bhakti. 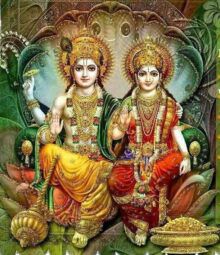