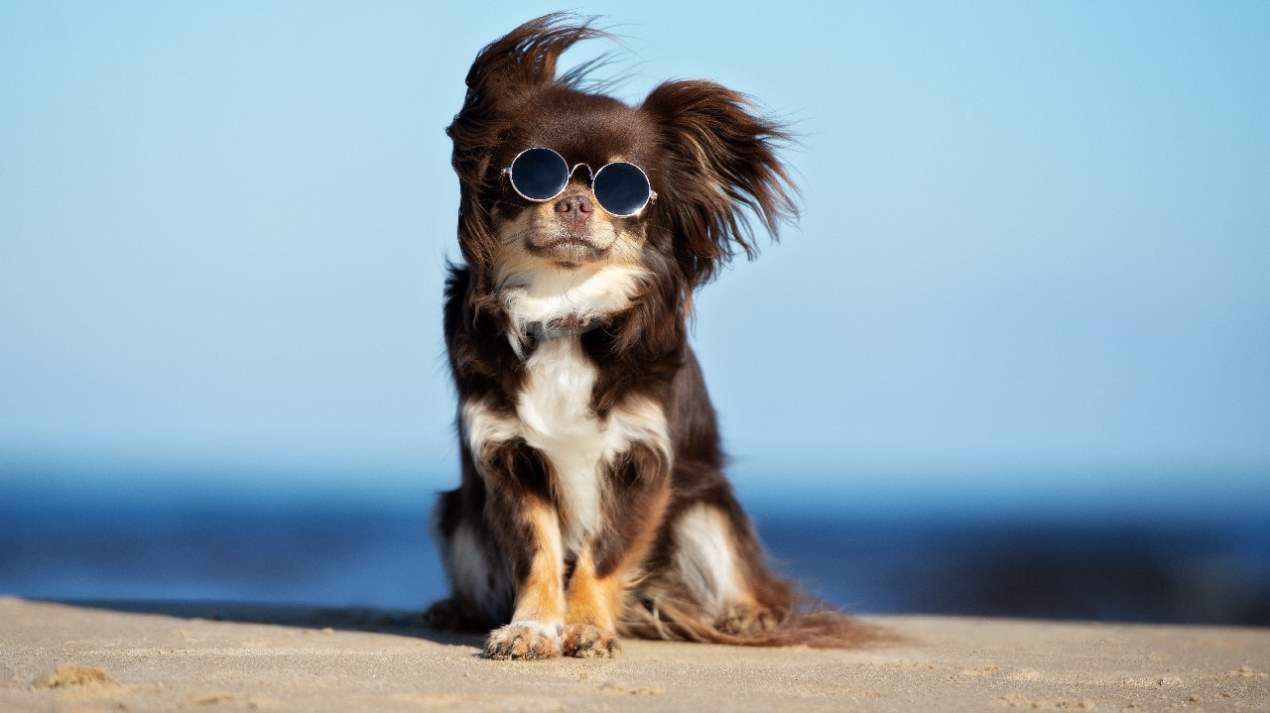 My son wanted a pet dog desperately. He had been at it for the last 6 months. I was tired. Was I going to give in? Part -2

I am not going to give in….I was telling myself the same thing 4 months later. My son’s onslaught continued undeterred…and so now I knew all the dog’s in our society by their name and breed.

Yup my knowledge was increasing but not in the direction I wanted. ..phew!!

My son had the power to divert any topic and I mean any ….to the same one. He seemed like some powerful character…unstoppable.

In the meanwhile my fuel was  exhausting. I realized that my resistance was causing me more problems than the problem itself.It was early morning and I heard a  Vov-Vov…

‘Mom …lookout that’s Kali the new dog …they shifted last week and stay a floor above ‘I looked out to see a pretty, little black hairy dog.

I tried to keep a straight face yet again.

Stay calm…don’t lose your patience…you can do it…my internal dialogue was on.

A month later we were friends with the new family. They had a son the same age as mine.

‘Why don’t you go over to their place and play with Kali? That way you can be friends with Soham the new boy and Kali too!’ I was trying to be smart here, it would solve my problem and his too.

Om namah Shivay!!…. I was chanting inside. Daya Karo bhagwan …but it seemed he was someplace more important…leaving me to my own devices. I just stomped off.

I kept meeting Kali on and off on my way in the lift or society premises. She was a cute mutt. I began petting her. I had stopped petting dogs due to my allergy and had closed my doors to bountiful love.

But now they were opening again, my heart was getting softer and frankly speaking I was tired of my inner fight. I was a animal lover too! As a child I loved rescuing injured birds or animals. So, as a adult I had bought my own dog but then I had developed an hair allergy and had to give it back in a few days.

But those few days with the puppy had made me realize that caring for a pet was not an easy job. It was a baby that was never going to grow up. It would always be dependent on me. It was a big responsibility. At the same time pets were bearers of unconditional love. They would love you no matter what. You would never be lonely and their innocent antics would always keep you busy and positive .

‘Was I ready to open myself to work, responsibility and love?’

I knew acceptance was the only way. So one day when my son was on about his favorite topic again. I decided enough was enough.  I had to save myself. And if I was going down then I would do it my way.

I went over to Kali’s place and had a long discussion with her owner. She told me how small breeds were easy on maintenance and more attuned to living in apartments and more manageable energy- wise. Their diet too was less compared to large dogs.

And most important she was hypoallergenic so she shed less which was good for my allergy. Hairy dogs have hair like us and not fur so they shed less compared to other dogs.

But I was not leaving anything to chance so I sat with Kali in my lap for a long time to check how many hairs she would shed on my dress.  She didn’t. I couldn’t believe it, I was ecstatic! Armed with all this knowledge I went home.

‘ We are getting 2 dogs!’ My hubby dropped the book he was reading.

” Two!!! You were not ready for one …what’s this ?’ My son heard that and came running out of his room. He was jumping with joy!!

‘Not so easy. Let’s first all sit down and have a discussion.’

I shared all the information I had gathered. We discussed many things – dog hostels in case we had to go out. Pee training with pads. Responsibilities like dog walking, baths, food etc.

‘It will have some member of it’s family after being separated from it’s Mom and would not get lonely in case he was alone at home ever. And would always have some one to play with.’

‘Agreed. But it’s going to be double work.’ Was his reply.

‘That it is. Just remember that you both willed this on  yourself. So no complaints!!’

Despite their assurances I knew that it was going to be a lot extra work for me. But I told myself that I was doing this for me and it was my own long lost wish that was being completed.

When you take responsibility for your own decision then you don’t tend to blame others for it later. My son and Kali both were an instrument and I thanked them both for opening me up again to the world of Unconditional love and joy that I had turned my back on. Of being a child again. Learning to be happy with small things, letting go. Animals have a lot to teach us.

A few months later …post a lot of research on the breed, reading and watching dog training videos, planning and changing houses( we got a separate bathroom for them). We welcomed Riki- Miki our new family  members. They are 5 months now. Vovvv…Vovvv…Miki is pulling my dress. It’s play-time! Gotta go! 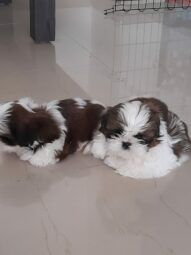 Some angels choose fur instead of wings..

God–who is the Most Powerful?
Age is Just a Number……