This is a totally random write up on reading

As I just finished my 97th book of 2021 (and no, this does not include my own book, Against All Odds!! I am yet to read it!), I realised how I had missed writing my book reviews, something which I was very regular with till earlier this year. So I thought, I will make up for it, in some ways, by writing a blog on some of the awesome books I read recently, and share my views on them, all in one shot. So here goes: 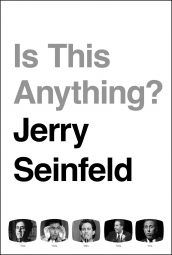 So I am reading Jerry Seinfeld‘s awesomely hilarious book, Is This Anything  and feeling sorry. sorry for so many people who are not hooked on to this habit of reading, who have not ever tried this thing called Audiobooks, where they can hear the author reading out his own book. And who better than Jerry Seinfeld to read Jerry Seinfeld’s best book? Interestingly enough, I have heard abt Seinfeld but never spent hours listening to him, as legions of fans do. But through this book,  I was able to hear some of his best acts on many topics and it has been a total laugh riot, to put it honestly. 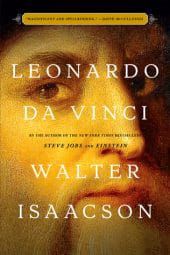 A week ago, I finished another mammoth and totally inspiring book of a totally different genre by and writer who is in a totally different league. Imagine reading about the legendary artist and inventor Leonardo Da Vinci, as written by one of the most legendary biographers of our times, Walter Isaacson. Not only does Walter take us through the ups and downs and the events of Da Vinci’s life, he goes into detail on the making of many of his masterpieces, what was going on his life when marvels like the Mona Lisa and the Last Supper were created, but he also talks about how, due to lack of support and proper documentation, Da Vinci missed out on many possible inventions being credited to him. It’s truly a great book to read. 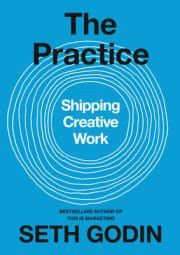 Yet another mega hit book by another master is The Practice by Seth Godin. Known widely as an Author, DotCom expert and also as a teacher, I was majorly influenced by many of his books I have read earlier, namely the Dip and This is Marketing. But what I was moved the most by, was ‘The Linchpin” – its a ground breaking book and changes one’s thought process on almost everything. In The Practice, Seth has taken up the topic of creativity and doing creative work and how one can establish a ‘Practice’. Making reference of major works including another of my favourites, War of Art by Steven Pressfield, Seth has highlighted, in a very simple way, how diligent practice, over a period of time, is guaranteed to lead to success. 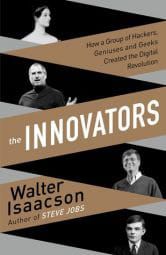 Yet another marvellous book I finished sometime last month, was The Innovators by Walter Isaacson. Unlike the previous biographies, where Walter focused on one person, The Innovators describes the journey of a phenomenon, that is the Technology Industry and how it has evolved in the last couple of centuries. Going back to Charles Babbage and beyond, right from the evolution of the abacus, all the way to the current wave of Internet 2.0 and the life changing developments of the 21st century, except for the recent wave of social media and how it has totally overpowered our lives, Walter has covered all major tech developments is great detail. The best part was how he has described the overlap of development work which was going on in different parts of the world in the period between 1920 to 1970, and how it all came together with the invention of the PC as we know it today. 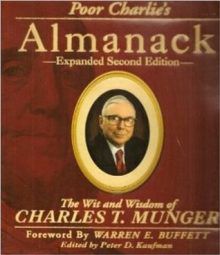 While all these books were going on audio, I crawled my way to finishing yet another masterpiece, a book that needs to be savoured and re-read many times over to capture all of the brilliant info captured in the 699 odd pages of this book called the “Poor Charlie’s Almanack“. Having always been under the huge shadow of the legendary Warren Buffet, Charlie Munger’s contribution to the success of Berkshire Hathaway is no less than that of famous partner. More importantly, many of the investing principles and philosophies of investment, his talks at various colleges are all worth dwelling on at length. 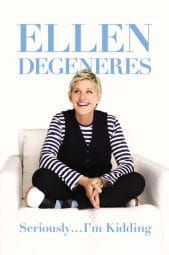 Finally as the blog started on note of humour, its just right to end it on humour again. The other audiobook that I listened last month was of someone whom I have never listened to, in real life, and yet I became a big fan of her as I read about her in her biography. Seriously, I’am Kidding is again a laugh riot that Ellen Degeneres has written in her truly inimitable style. Peppered with jokes and loads of honesty, its the kind of book which will help you forget your worries for a while and take you into a different world all-together. And as you finish the book, come back to this normal mundane world, your perspective on the problem would have changed, thus giving you a fresh approach to find the solution.

As always, I remain a diehard supporter of the habit of reading and how it can make a huge difference in your thinking style, scope for what you can do in life and the most important, it helps you to reason out problem, complex situation and build a strong resilience.