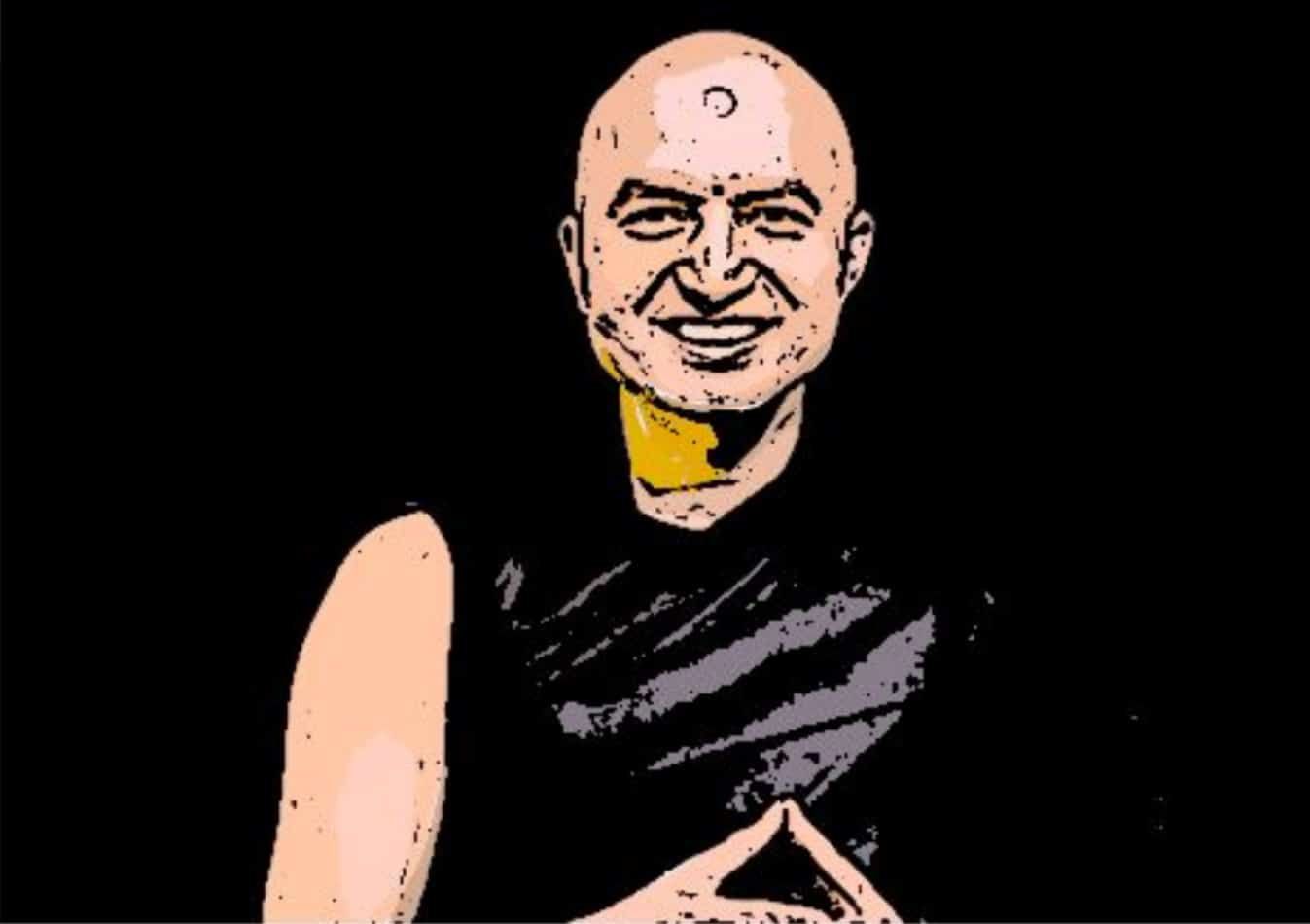 OM SWAMI - on everything...

As I opened up the Tumblr page of Swamiji, the title and description said, “Om Swami    on everything…”. I thought, really where you won’t find Swamiji, on youtube, on his blog, Amazon, Flipkart, Goodreads, Soundcloud, Audible, BL App, Gmail, books, in Himachal Pradesh! and definitely within your own heart and mind. So if Swamiji is everywhere, then why not on Tumblr? But why Tumblr, one may ask; So on that note here is Swamiji’s message: –

Every week, I write on my blog, but sometimes I want to convey a short message. Twitter’s word allowance is one too less and my blog’s one too many, therefore, I write here briefly to share my thoughts on religion, spirituality and everything else. I scribble here once, twice or more every week. I try.

Swamiji most probably joined the Tumblr page on Gandhi Jayanti, 2013; As the first post on Tumblr is on that date and shared a total of 8 posts the same day following two posts in November and one in December and the account came to a still for 3 years when after in May 2016, Swamiji shared a post titled “a beautiful story” after which there is no activity the page up to now. So the total posts make up to 12, which I hereby share with you.

I read your post on ‘forgetting someone’ and really enjoyed it. My question is… What if you never really manage to forget the person, how fair is it to go into a new relationship without cleaning your body from the love you have for someone else?
~ selmaoh-blog

Set yourself free. Surely, you may never forget someone but if you fill your heart with love for the other person and this ‘new person’ reciprocates it too, soon you’ll find that memories of the other (old) person will evoke neither positive nor negative emotions in you. At that moment, you can safely conclude that you’ve cleansed your mind of old attachments. As for cleaning your body (as you state in your question above), one bath is enough.

Dear Swami I would like to know about cravings for food and sugar stuff, how can one control them. Is there techniques or simple methods to stop them completely? Of course a medical opinion is necessary such cases, might reveal if there is any illness behind such cravings. Apart from that what one can do, especially one lacks willpower to do so. Is it a sin the gluttony? Regards Vignesh

Eat diet rich in protein and the craving for carbohydrates will go away. Also, as part of mental training, whenever there’s any craving for sugar, eat/drink anything that’s non-sugary. Basically, replace your habit till you conquer it.

I don’t believe in the theory of sins. You can read my post on conditioned morality on my blog, omswami.com for my view.

Most are busy, they are working hard, working tirelessly towards some goal, some objective. The greater the desires, the harder, the longer you’ve to work. Do you want something because you want it or do you want it because someone else seems to have it? You don’t have to drop your desires, you just have to prioritize and filter.

Endless desires and some needs keep most people awake. What’s keeping you up? Must you have it or can you do without it?

What’s Keeping You Up?

Navaratri, nine nights, refer to the worship of Mother Divine. They come twice a year and the winter navaratri starts from tomorrow (Oct 5). When seasons change, your body and your mind is most adaptive and responsive to the changes around you. It is for this reason that meditation on the primordial energy and gluten-free diet is recommended during these nine days. If you start any season with a positive mindset, you are likely to experience similar thoughts during the whole season. Hence, navaratri is not just about expressing your gratitude to Mother Nature but also celebrating it. Start your day, your season, your navaratri with joy, celebrations and positivity. You deserve to be happy in your life and navaratri is the time to harmonize your body, mind and soul.

From the moment I wake up at dawn till dusk, and from dusk till dawn, O Mother Divine, everything I do is an act of your worship.

Ma Durga, a form of Mother Divine, slaying the inner demons of lust and rage.

Every honest, normal and close relationship goes through a period of crisis. It’s only human. When the winds of adversities shake the very foundation of your relationship, no matter what, don’t stop caring for the other person. If you continue to show respect to each other during that time, patching up or moving on becomes much easier. Respect and care are two powerful agents of love and stability in a relationship.

I have thus heard that love without respect and the talented with arrogance perish quickly.

Among other things, praṇaya means openness, conduct, and reverence.

Goswami Tulsidasa, the saint-poet who wrote the monumental and legendary Ramcharitmanas documenting the life of Lord Rama.

You can only rise above something if you understand it. True understanding comes from experience and not deliberation. When you don’t understand something you suppress it, you deny it, and such denial is your greatest obstruction. Tantra says be at ease with everything so you may examine it, understand it, tame it and transcend it. Someone has to clean the garbage. Ignoring it is not cleaning it. You have to learn to handle it, skillfully, artfully. If God is in everything then can anything in his existence be unwholesome? This is the path of Tantra.

The Great Bhairava (Siva) of the Kaula tradition has instructed that spiritual advancement can only be attained by utilizing the very things that cause a man’s downfall.

The Path of Tantra

Sympathy is more powerful than truth. Merely knowing and stating the truth is not enough. One must evaluate the five positions of truth and its appropriate time (sixth consideration) before saying it. Once, Prince Abhaya asked Buddha if he ever spoke harsh and disagreeable words. At first, Buddha said there was no categorical yes-or-no answer and thereafter, the Venerable One spoke:

In the case of words that the Tathágata knows to be un-factual, untrue, unbeneficial (or: not connected with the goal), un-endearing and disagreeable to others, he does not say them.

In the case of words that the Tathágata knows to be factual, true, unbeneficial, un-endearing and disagreeable to others, he does not say them.

In the case of words that the Tathágata knows to be factual, true, beneficial, but un-endearing and disagreeable to others, he has a sense of the proper time for saying them.

In the case of words that the Tathágata knows to be un-factual, untrue, unbeneficial, but endearing and agreeable to others, he does not say them.

In the case of words that the Tathágata knows to be factual, true, unbeneficial, but endearing and agreeable to others, he does not say them.

In the case of words that the Tathágata knows to be factual, true, beneficial, and endearing and agreeable to others, he has a sense of the proper time for saying them. Why is that? Because the Tathágata has sympathy for living beings.

My humble obeisance to the beloved of Shri, Vasudeva. All glories to Mother Divine, the consort of Vishnu, whose beloved is Narayana. Adoration to the eternally pure knowledge, the Supreme cause of creation, the completely tranquil knowledge, that is identical with the state of Lakshmi and Narayana.

An Ode to Sri Hari

The Tumblr page is still up, you can have a look here. I’ll try uploading some more of the archives in these 5 days for the #TheWriteChoice.