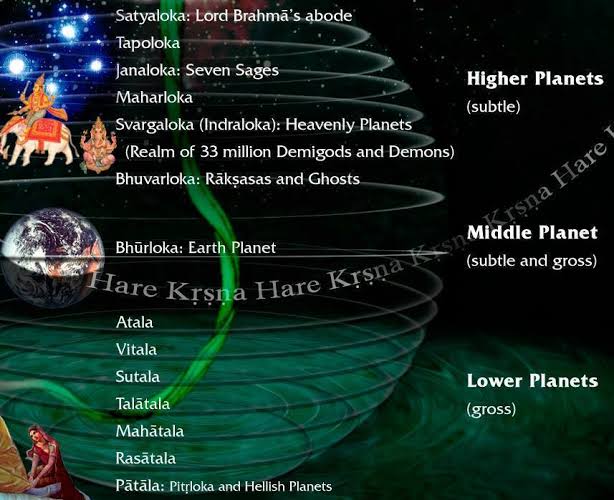 On The Way To Our Orginal Home (Part Two)

On The Way To Our Orginal Home (Part Two)

This material world is certified by Śrī Kṛṣṇa, the creator, as duḥkhālayam – full of miseries. How then can we make it comfortable? Is it possible to make this world comfortable by the so-called advancement of science? No, this is not possible. As a result, we do not even wish to know what these miseries are. The miseries, as stated before, are birth, old age, disease, and death, and because we cannot make a solution to them, we try to set them aside. Science has no power to solve these miseries that are always giving us trouble. Instead, they divert our attention to the making of spaceships or atomic bombs. The solution to these problems is given here in the Bhagavad-gītā: if one attains to Kṛṣṇa’s platform he does not have to return again to this earth of birth and death. We should try to understand that this place is full of miseries. It takes a certain amount of developed consciousness to understand this. Cats and dogs and hogs cannot understand that they are suffering. Man is called a rational animal, but his rationality is being used to further his animalistic propensities instead of to find out how to get liberation from this miserable condition. Here Kṛṣṇa explicitly states that one who comes to Him will never be reborn to suffer miseries again. Those great souls who come to Him have attained the highest perfection of life, which alleviates the living entity from the suffering of conditioned existence.
One of the differences between Kṛṣṇa and an ordinary being is that an ordinary entity can be in only one place at a time, but Kṛṣṇa can be everywhere in the universe and yet also in His own abode, simultaneously. Kṛṣṇa’s abode in the transcendental kingdom is called Goloka Vṛndāvana. The Vṛndāvana in India is that same Vṛndāvana descended on this earth. When Kṛṣṇa descends Himself by His own internal potency, His dhāma, or abode, also descends. In other words, when Kṛṣṇa descends on this earth, He manifests Himself in that particular land. Despite this, Kṛṣṇa’s abode remains eternally in the transcendental sphere, in the Vaikuṇṭhas. In this verse Kṛṣṇa proclaims that one who comes to His abode in the Vaikuṇṭhas never has to take birth again in the material world. Such a person is called a mahātmā. The word mahātmā is generally heard in the West in connection with Mahatma Gandhi, but we should understand that mahātmā is not the title of a politician. Rather, mahātmā refers to the first-class Kṛṣṇa conscious man who is eligible to enter into the abode of Kṛṣṇa. The mahātmā’s perfection is this: to utilize the human form of life and the resources of nature to extricate himself from the cycle of birth and death.
An intelligent person knows that he does not want miseries, but they are inflicted upon him by force. As stated before, we are always in a miserable condition due to this mind, body, natural disturbances, or other living entities. There is always some kind of misery inflicted upon us. This material world is meant for misery; unless the misery is there, we cannot come to Kṛṣṇa consciousness. Miseries are actually an impetus and help to elevate us to Kṛṣṇa consciousness. An intelligent man questions why these miseries are inflicted on him by force. However, modern civilization’s attitude is, “Let me suffer. Let me cover it by some intoxication, that’s all.” But as soon as the intoxication is over, the miseries return. It is not possible to make a solution to the miseries of life by artificial intoxication. The solution is made by Kṛṣṇa consciousness.
One may point out that although the devotees of Kṛṣṇa are trying to enter Kṛṣṇa’s planet, everyone else is interested in going to the moon. Isn’t going to the moon also perfection? The tendency to travel to other planets is always present in the living entity. One name for the living entity is sarva-gata, which means “one who wants to travel everywhere.” Travel is part of the nature of the living entity. The desire to go to the moon is not a new thing. The yogīs also are interested in entering the higher planets, but in the Bhagavad-gītā (8.16) Kṛṣṇa points out that this will not be of any help.
ābrahma-bhuvanāl lokāḥ
punar āvartino ’rjuna
mām upetya tu kaunteya
punar janma na vidyate
“From the highest planet in the material world down to the lowest, all are places of misery wherein repeated birth and death take place. But one who attains to My abode, O son of Kuntī, never takes birth again.”

The universe is divided into higher, middle, and lower planetary systems. The earth is considered to be a member of the middle planetary system. Kṛṣṇa points out that even if one enters into the highest planet of all, called Brahmaloka, there is still repetition of birth and death. Other planets in the universe are full of living entities. We should not think that we are here and that all the other planets are vacant. From experience we can see that no place on earth is vacant of living entities. If we dig deep down into the earth, we find worms; if we go deep into the water, we find aquatics; if we go into the sky, we find so many birds. How is it possible to conclude that other planets have no living entities? But Kṛṣṇa points out that even if we enter into those planets where great demigods reside, we will still be subjected to death. Again, Kṛṣṇa repeats that upon reaching His planet, one need not take birth again.
We should be very serious about attaining our eternal life full of bliss and knowledge. We have forgotten that this is actually our aim of life, our real self-interest. Why have we forgotten? We have simply been entrapped by the material glitter, by skyscrapers, big factories, and political play, although we know that however big we build skyscrapers, we will not be able to live here indefinitely. We should not spoil our energy in building mighty industries and cities to further entrap ourselves in material nature; rather, our energy should be used to develop Kṛṣṇa consciousness, in order to attain a spiritual body whereby we may enter into Kṛṣṇa’s planet. Kṛṣṇa consciousness is not a religious formula or some spiritual recreation; it is the most important part of the living entity.


Login with Email
No Account? Create One
A child
Suffering of Human Being is Pre Defined