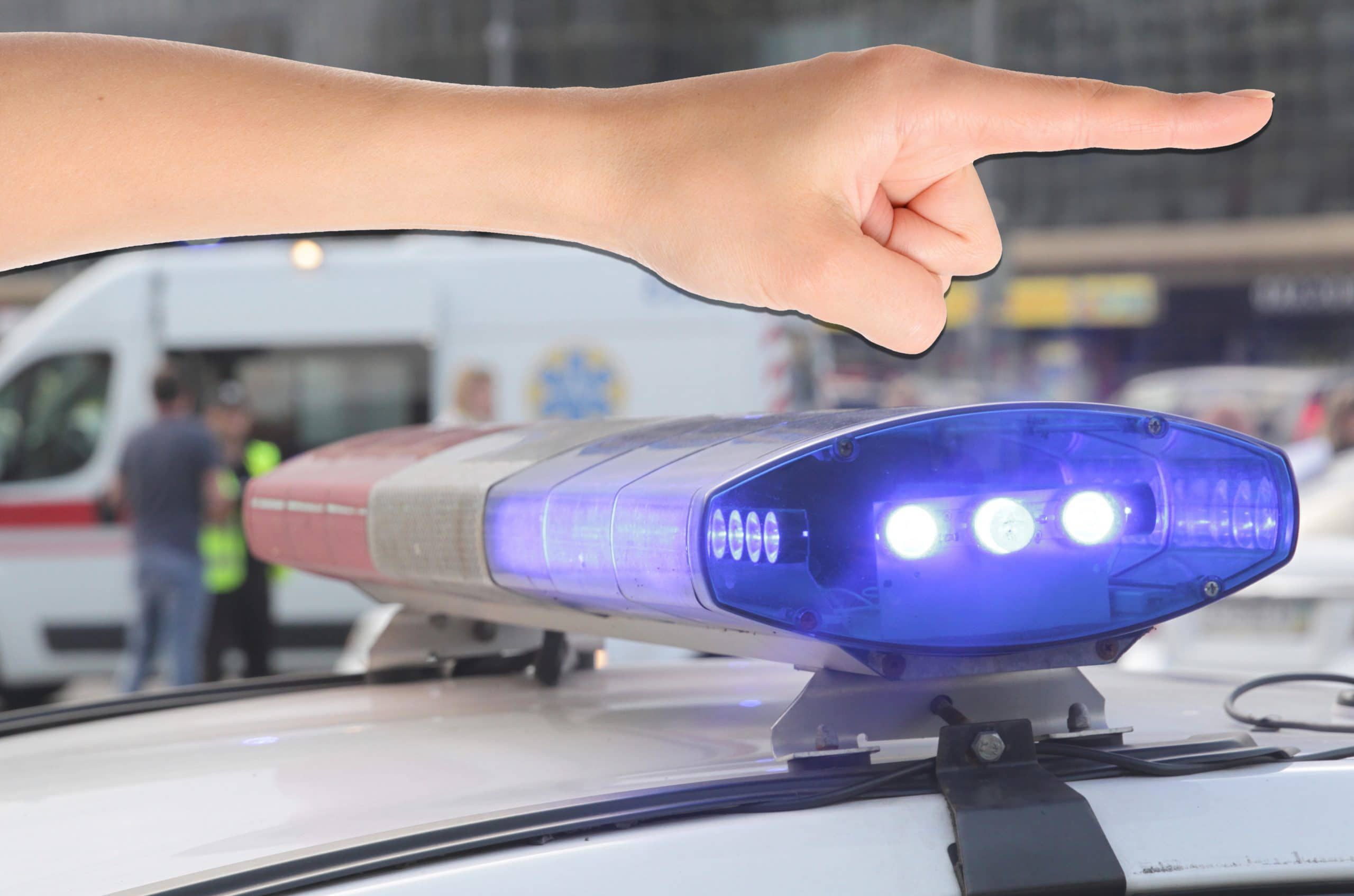 During the last decade of my mentor Brooks’ life, he had (somewhat reluctantly) taken a job as a pastor of a local charismatic church while remaining a chaplain to our local law enforcement community. He and I often went out to lunch or to run some errands together. When we did, it seemed like we’d always meet some random person who would end up asking Brooks to pray for them.

If I needed intercession at that time in my life, there was no better call than Brooks. I KNEW he would pray for me, and the value of that internal peace is incalculable. Moreover, I had faith that the answer would be forthcoming if HE was the one doing the asking. I saw him pray for people repeatedly and witnessed their healing firsthand. He never announced he could heal people – not one time. His prayers never indicated he believed there was any power within him. He always gave the glory to God. Still, scads of folks believed it was him, and so did I in my immature spiritual state.

Several Bible verses speak about the “laying of hands” on someone for the forgiveness of sin, the transmission of spiritual power or blessing, or the healing of infirmities, including Acts 13:3, Mark 6:5, Mark 16:18, Luke 13:13, and others. Brooks taught me many things about this process and the power of directed group intention – what Jesus talks about in Matthew 18:20 when He says, “For where two or three gather in my name, there am I with them.” When Souls come together with unselfish intention to heal, the full power of the Christ Consciousness is available to the collective. They can “agree about anything they ask for, and it will be done for them.”

Brooks would sometimes say to me, “Come here John and let’s lay hands on this person,” and I would think, “Why does he need me? What can I do?” When I joined him, and he would start speaking in the tongues of angels, it automatically drew it out of me as well. It was as if his prayer could cause a spiritual whirlpool and pull in the presence of God.

Brooks’ personality could be a little gruff and direct at times. I personally loved it; he was like raw truth walking around in a body. One day he came into my office and sat down in “his” chair, where he spent many hours. I could tell he had something in his spiritual “craw.” I said, “What’s up with you, Brooks?” to which he replied, “I’m not laying hands on people anymore – that’s over.”

As you can imagine, he got my full attention, and my eyes got wide! I retorted, “What the hell does that mean?” with quite an indignance. He said, “No matter what I tell people or say when I pray for them, they think the power is in me. I can do nothing; God does everything.” I would learn many years later Maharaj-ji Baba Neem Karoli said, “Ask God or Hanuman. I’m just an ordinary being. I can do nothing.”

I questioned, “So does this mean you will stop praying for people when they ask?” He replied, “Not at all! Just from now on, they only get one finger.” I sarcastically thought, “Well, I hope it’s not the middle one!” I snapped back, “What is that supposed to mean, Brooks?”

“When someone asks me to pray for them, I will explain first that I have no power and God does everything. Then I will extend one finger and ask them to place it on the part of their body that needs healing. While they hold my finger there, I will ask the Divine to intervene.”

Still being sarcastic, I said, “What if some woman asks you to pray for her breast cancer or a female issue? You going to put your finger there?” He calmly replied, “God will figure that out.” Eventually, some of those situations did arise, and as Brooks had suggested, they were handled with the utmost respect and modesty – God did make a way.

Matthew 9:20-22 says, “Just then a woman who had been subject to bleeding for twelve years came up behind him (Jesus) and touched the edge of his cloak. She said to herself, “If I only touch his cloak, I will be healed.” Jesus turned and saw her. “Take heart, daughter,” he said, “your faith has healed you.” And the woman was healed at that moment.”

Healing takes place when the ill Soul’s faith is ready to accept (lean on) God’s power. The healer is only a channel, whether Maharaj-ji, Brooks, Jesus, or you. When the vessel is surrendered to God (to the dharma), the power of the Divine flows to everyone in contact with that channel. The ill Soul can put their faith in some vessel or the formless Supreme God (Bhagwan). It matters not – faith is the key that draws the cure. It wasn’t Jesus who healed the woman – it was her faith, as the scriptures tell us.

In the last years of his life, I saw Brooks use the one-finger technique many times and give credit to God on each occasion. It taught me a precious lesson. The miracle-working power of God comes to the vessel that is humbly available to do the work. The more we surrender to the Divine, the more agape (unconditional love) we transmit into our environment. Beings like Jesus and Maharaj-ji are wide-open channels – that’s why just being in their presence is so healing in every way.

One day, a traveling family, including a husband, his wife, several children, and a grandmother, passed through my hometown of Sulphur, Lousiana, on interstate ten, when tragedy struck. The grandmother suddenly had trouble breathing, and they pulled off the road and into the parking lot of a local grocery store, where they called 911.

A police unit being very nearby arrived on the scene first and found the family outside the car, distraught with the grandmother sitting motionless in the backseat. The Lieutenant on the scene checked her pulse and found nothing. Then the officer riding with him also checked but couldn’t sense any heartbeat or breathing.

Brooks came onto the scene immediately after the first unit in another patrol car. He related to me what happened next. At first, I frankly didn’t believe it. I did check with two of the other officers to verify the story. Here’s what Brooks said happened –

“When I got on the scene, the wife was hysterical because her mother had died. The other officers were standing around waiting for the ambulance. I walked up to the open door where the grandmother was sitting in the back seat and squatted down beside her. The Lieutenant stood behind me and said, “No use to check her, Brooks – multiple people already have, and she’s gone.” At that moment, God said to me, “bring her back – she can stay a little longer.” So with two officers standing behind me, I extended one finger out and touched her on the arm, saying, “In the name of Jesus, come back to us.” The moment my finger touched her arm, she gasped for breath and started breathing again as the ambulance pulled into the parking lot to assist.

In my experience, the Spirit of God is massively attracted to a humble vessel. Can I suggest there is no better sensation than being in the path of what God is doing? Being perfectly in Her will (right on the dharma) is as fulfilling of a feeling as I have ever encountered on this plane of existence.

It’s a real challenge and time-consuming to try and obtain faith in any other way than spiritual practice. It grows first from repeatedly hearing and meditating on truths that all religions share in their scriptures. Then later, faith grows like a muscle as you put weight upon it time and time again. The power in faith rests totally in surrender to what you cannot see – like stepping on an elevator without verifying the mechanism is safe.

Just about everybody I know would like God’s intervention. If you need miracles, don’t try to be good enough to win His favor – you’ll never get there. Instead, be open, surrender, trust, and be humble for whatever the Universe wants to manifest in your life. These are the magnets that attract the Divine.