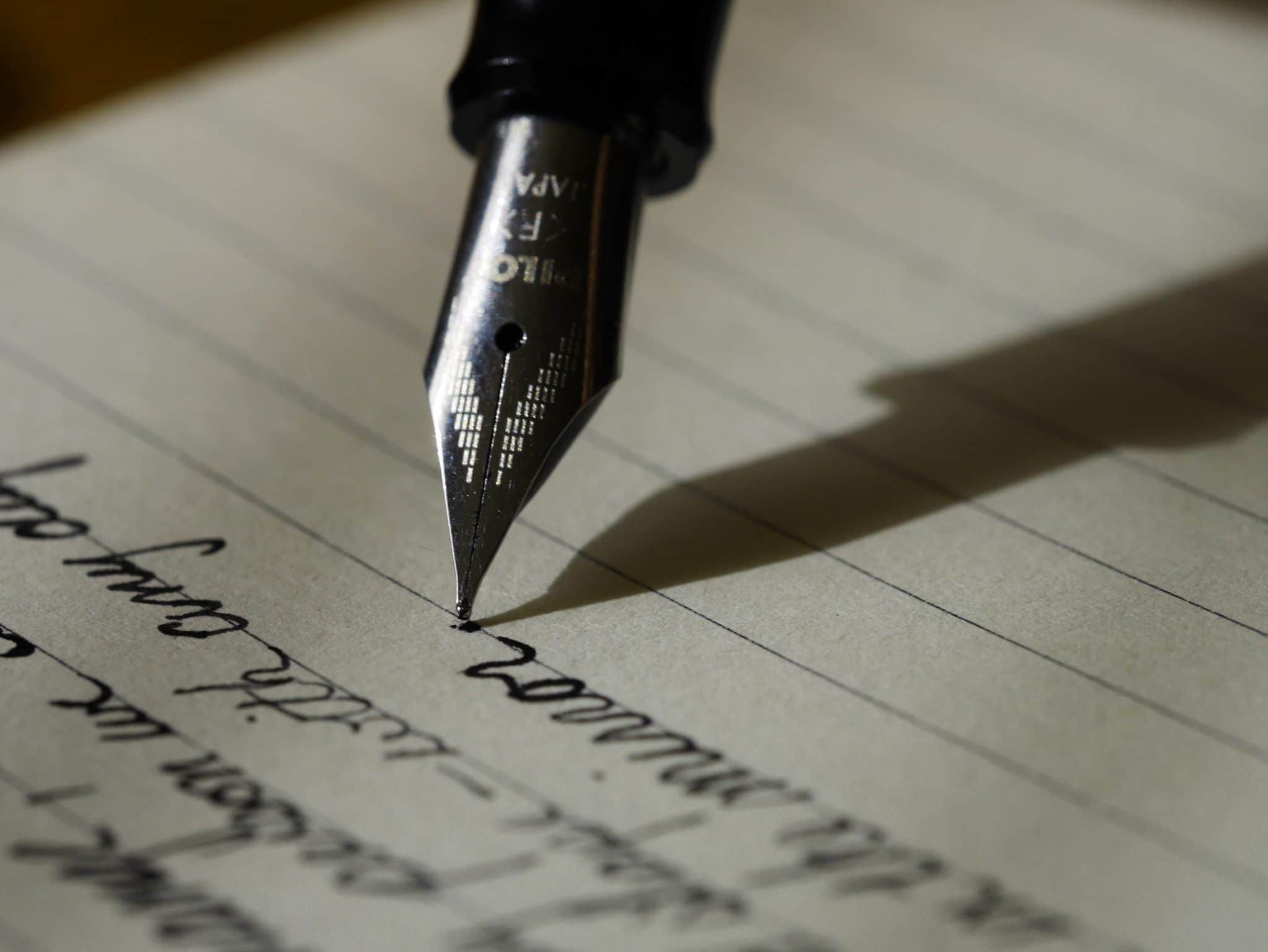 The power of encouragement and reassurance

I did not identify myself as a writer. Yes, I had written material for bridge teaching softwares; I had authored a bridge column between 2006 – 2008 (which eventually led to my co-authoring a book), but these were onetime projects. I had planned to write further bridge articles back in 2013, but developed cold feet, and decided against it. I had written journal entries since then, but nothing formal in a public space. And then Swamiji decided to open os.me to the public to write.

I once again had few ideas for articles for os.me. But in my quest to create the perfect article, I kept deferring writing my first article. One fine Wednesday night in November 2020, I mustered some momentum and decided to write my first article. I wrote, rewrote, edited, requested my wife to proofread the article several times (keeping her up late at night as well), and finally hit “Publish”. It was a special thrill to see my article officially present in os.me. It was a bigger thrill to receive an email from us@os.me saying “Your article is now live”, along with the message that it is now visible to the entire world, “I hope that is a good thing” (yes, indeed, it was!). And the biggest thrill of them all were the emails that made their way to my inbox, informing me that people had commented on my post.

Over the next couple of days, several people showered the article with praises, kind words, and general warmth through their comments. It felt great. This cycle continued for the next few posts as well – praises, kind words and general warmth for my post. While I no longer felt intimidated to post an article, I continued to post only those articles I felt were worth the time of the reader. And I suspect I faltered a few times. But something important happened along the way: I had developed the identity of a writer.

I hadn’t thought much about my writing journey at os.me. When I read some of the comments and thoughts of some of the regular writers here, I realized that I was not alone in my journey. While some of the writers had prior writing accomplishments, most of the writers were first-time writers. They too fell under the pattern that I had experienced:

Wow! The power of encouraging words has created a plethora of first-time writers who share their truth, their life experiences, their wisdom. A follow-up question occurred to me. Is the power of encouragement and reassurance limited to writing? No, I found out, while reading Susan Cain’s Quiet. She describes her experience attending a public speaking workshop:

Some years ago, I decided that I wanted to conquer my fear of public speaking. After much hemming and hawing, I signed up for a workshop at the Public Speaking-Social Anxiety Center of New York. I had my doubts; I felt like a garden-variety shy person, and I didn’t like the pathological sound of the term “social anxiety”. But the class was based on desensitization training, an approach that made sense with me. Often used as a way to conquer phobias, desensitization involves exposing yourself (and your amygdala) to the thing you’re afraid of over and over again, in manageable doses.
…
I found myself in good company. There were about fifteen people in the class, which was led by Charles di Cagno, a wiry, compact man with warm brown eyes and a sophisticated sense of humor.
…
Charles explained that each of us would speak in front of the group, but at an anxiety level we could handle. A martial arts instructor named Lateesha was first up that evening. Lateesha’s assignment was to read aloud to the class from a Robert Frost poem. With her dreadlocks and wide smile, Lateesha looked as if she wasn’t afraid of anything. But as she got ready to speak, her book propped open at the podium, Charles asked how anxious she was, on a scale of 1 to 10.

“At least seven,” said Lateesha.
“Take it slow,” he said. “There are only a few people out there who can completely overcome their fears, and they all live in Tibet.”
Lateesha read the poem clearly and quietly, with only the slightest tremor in her voice. When she was finished, Charles beamed proudly.
“Stand up please, Lisa,” he said, addressing an attractive young marketing director with shiny black hair and a gleaming engagement ring, “It’s your turn to offer feedback. Did Lateesha look nervous?”
“No,” said Lisa.
“I was really scared, though,” Lateesha said.
“Don’t worry, no one could tell,” Lisa assured her.
The others nodded their heads vigorously. Couldn’t tell at all, they echoed. Lateesha sat down, looking pleased.

Next, it was my turn. I stood at a makeshift podium – really a music stand – and faced the group. The only sound in the room was the ticking of the ceiling fan and the blare of traffic outside. Charles asked me to introduce myself. I took a deep breath.
“HELLOOO!!!!” I shouted, hoping to sound dynamic.
Charles looked alarmed. “Just be yourself,” he said.
My first exercise was simple. All I had to do was answer a few questions that people called out: Where do you live? What do you do for a living? What did you do this weekend?
I answered the questions in my normal, soft-spoken way. The group listened carefully.
“Does anyone have any more questions for Susan,” asked Charles. The group shook their heads.
“Now Dan,” said Charles, nodding at a strapping red-haired fellow who looked like one of those CNBC journalists reporting directly from the New York Stock Exchange, “You’re a banker and you have tough standards. Tell me, did Susan look nervous?”
“Not at all,” said Dan.
The rest of the group nodded. Not nervous at all, they murmured – just as they had for Lateesha.
You seem so outgoing, they added.
You came across as really confident!
You’re lucky because you never run out of things to say.
I sat down, feeling pretty good about myself. But soon I saw that Lateesha and I weren’t the only ones to get that kind of feedback. A few others did as well. “You looked so calm!” The speakers were told, to their visible relief. “No one would ever know if they didn’t know! What are you doing in this class?”

At first I wondered why I prized these reassurances so highly.
…
The reassurance was evidence that I was on my way towards achieving <the goal of being the best and bravest speaker I could be>. I suspected that the feedback I was getting was overly charitable, but I didn’t care. What mattered was that I’d addressed an audience that had received me well, and I felt good about the experience.

I could see the similarities between the encouraging comments from the os.me community and the encouraging comments given by participants of the workshop that Susan Cain attended. The reassurance given by the warm comments is evidence that I am on my way to becoming a better writer. Just like Susan Cain, I suspected that the feedback that I got was overly charitable, but just like her, I didn’t care. What mattered was that I had put my article out there, and the audience had received me well, and that I felt good about the experience, and I lived another day to write my second article.

Now, I should note that the workshop would have been unlikely to transform Susan Cain into a skilled public speaker. She ostensibly would have had to put in several hours of practice before she mastered this skill. Likewise with writing – if I want my articles to be published in the New Yorker, for example, I would need to improve my writing skills by a 10x factor (or more).

However, the workshop experience had the effect of bringing her into the playing arena — she had to play the game, so to speak, in order to get better. So too with os.me writers – if the comments of a first-time writer’s articles include “Have you heard of a tool called the spell-checker?”, or “Parcheesi may be a better activity for you than writing”, or “I will never get back the ten minutes that I spent reading what you mistakenly thought was an article”, there are good chances that post count of this person will be 1 (or more likely 0, since os.me allows the writer the option of deleting their article).

Instead, the community warmly welcomes the first-time writer to os.me, showers kind praises, and makes them feel welcome. Which is quite lovely, in my opinion. I have also noticed that no one person dons the responsibility of welcoming newer members. This responsibility is taken on by different people, on their own accord, making this a truly warm community. One that I am proud to be a part of. Here is looking forward to more new writers, to further enrich this community in a myriad of ways.