Out of the Mouth of Babes

The moment when you wish you could disappear!! 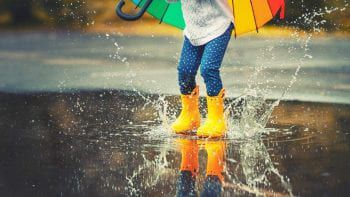 This incident had me in splits and joy shared is always doubled. So here goes the story( it’s true).

Ritu, a very close friend of mine had visited Singapore pre Covid along with her grandson. Her grandson loves her more than he loves his mom so there is no chance that she could leave him behind and go for a holiday. He was 5 years old that time. Rahul is a perfect candidate for being the poster boy for the cutest child. Chubby,smiling,red cheeks and always ready to give you a tight hug. On his mother’s insistence he was encouraged only to speak in English and could hardly speak in Punjabi.
Ritu is a cheerful 5 feet, 75 kgs plump lady. Energetic, full of life ,always willing to help she is a blessing as a friend. The only thing we fight about is her losing weight. She has decided she is happy as she is and no one can convince her otherwise. Her husband is 6 feet tall and 65 kgs. ( wonder why God always makes  such jodis??)

They decided to visit Jurong bird park in Singapore. It’s a lot of walking for most people but the sheer excitement of seeing so many different varieties of birds pushed Rahul to exhaustion. People in Singapore are very polite but generally keep to themselves. By the time they reached the show of birds doing various tricks ,they were late and all the chairs were occupied. Ritu stood on the side but couldn’t see anything much, because the arena was way below  from where she was standing. Her lack of height was not a help either. She tried to pick up Rahul so that at least he could see the show.
One gentleman,on seeing my friend sweating profusely and try to hold the child high offered to make Rahul sit on his knee – from where he could get a better view. Ritu agreed and Rahul finally got to see the bird show in comfort. He was really happy. But how could he forget his Dadi??. “Uncle, my grandmother can’t see the show from there ,can she sit on your other knee? She also won’t trouble you”. Impeccable English!!  There was pin drop silence and 10 pairs of eyes turned around to look at the Dadi.
It was up for a toss, as to who was more red faced- the gentleman or Ritu. She smiled weakly and said -“ he is just joking.” She wished that she could just disappear. The gentleman wanted to give up his seat to Ritu. She refused and thanked him profusely saying that they were not planning on watching the whole show as they were really tired. And dragged away a 5 year old child who couldn’t understand what wrong had he done!!

When she told  the whole incident to her husband, he said,” hor sikhao English- Punjabi Vich bolda, angrez nu samaj ve nahi aana se.( teach him English all the time,  had he spoken in Punjabi the man wouldn’t have understood). But the very thought of the Singapore guy ( men are generally of slight built) balancing Rahul and Ritu on his knees had me in splits.
Children can say the darnest things. 😃😃