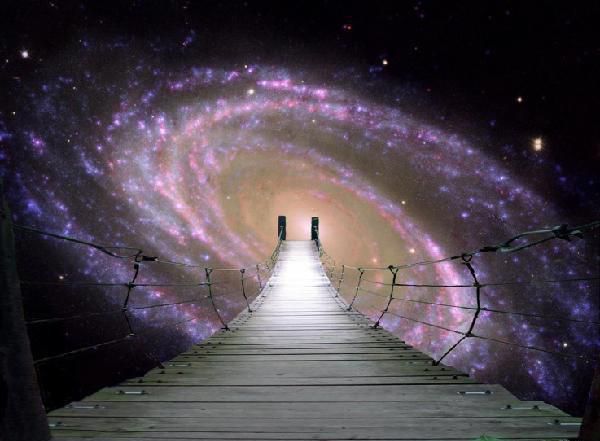 That's a real experience. Its about a soul's journey and associated beliefs.

Once I found that Ganesh-Laxmi idols in my puja-ghar were looking different. Checked with mom and got to know that their vastra caught fire from the diya itself. My mother painted both idols using kids’ color box, hence they looked different. That triggered a restlessness, a fear and I wanted to know why it happened.

Bought a new set of idols, and also planned a Satya Narayan Katha at home.

Pandit Ji came to our place. My husband was travelling so I was the Yajmaan during the puja. As puja got over, pandit ji asked me about my overall experience in that house. I said, ‘It’s OK’. It was a rented setup.

Then he narrated about his experience during the katha. Somebody interrupted him thrice during the puja. Initially it was a newlywed young lady. Second time she looked like a widowed elderly lady. And finally, it was a fearful sight: someone all angry and exhausted. She had a complain – so many pujas get performed but why nothing is done for my peace, ever.

Pandit Ji was looking at me with question in his eyes – who this lady can be? My question was – is she from my family or my husband’s family? He was sure that the matter was related to my family.

Then he started giving me clues. Someone in your family got married twice. This lady is his first wife who died at a very young age. She used to side part her hair. And that last point rang the bell! I took out the old album. He identified her immediately. It was my grandmother who died when my father was only 1.5 years old. Later my grandfather had got married again.

Now I had questions:

·      What she expects from us? – My grandfather always observed annual Pitra-paksh rituals and whichever Tirth places he visited he always offered Pind Daan for all the Pitra. But she conveyed no puja was done for her, ever.

Pandit Ji assisted me in finding the answers.

·      Why now? – As per his belief, when souls fail to convey the message to their own generation, they often try to convey it to the third generation in the family.

Incidentally by that time, my grandfather and my father both had expired.

·      Why at my place? – Pandit Ji conveyed that Dadi had special affection towards me.

His answer touched my heart. My grandfather had nick-named me Binni after her. She was addressed as Banno.

·      What she expects from us? – such rituals to be performed by her family, that allow her to rest in peace.

This answer was obvious but somehow, I disagreed that no puja was ever done for her, knowing how strong a believer my grandfather was. Then in search of more clear answers, we started tracing back. I started connecting the dots based on whatever I learnt from my grandfather and other family members. Some sixty-five years back when she was unwell and my grandfather had tried consulting various doctors, she was sent to her father’s place at Patna for further treatment. Her brother had come to take her along. My father, her one-year old son also joined her. Her condition was deteriorating day by day. It was early 1940s. My grandfather was missing her but was not outgoing enough to get permission from his dominating mother to visit his dying wife, leaving the work behind for a few days. His younger brother, my father’s uncle visited Dadi at Patna. Her room was at the rooftop and there she used to be alone with my father. Unfortunately, two most caring relation were missing from her life at her parental home too. Her mother had died years ago and she had no sisters. She handed over my father to his Uncle saying that she might not survive long and the kid must reach his father. She also asked him to tell her husband that she desperately wants to meet him once. My father was back to his father. My grandfather finally started from his place to reach Patna. When he was crossing Ganges, he had terrible thoughts. As he reached her home, he got to know that family was just back home after cremating her. He immediately went to ghat but as he tried to touch the ashes, Gangaji washed away that too. My grandfather used to narrate that story often. Dadi was left all alone, away from her two most precious possessions – her husband, her son. How lonely would have been her departure, how painful! Rest of the sanskaars – dasvi, teharvi were either performed at Patna or at her husband’s place or were not performed at all, I had nobody to check with. We concluded based on Pandit Ji’s experience that either it was not performed at all or it wasn’t performed at her husband’s place where she wanted it to be. That strong willed soul always wanted it from her husband’s hands. Going by what our scriptures say, probably she didn’t commence her journey to Pitralok after 13 days. She took 65+ long years in conveying her deepest desire to her grand-children. My both brothers along with Pandit Ji visited Haridwaar. There they performed her Daswi, Tehrwi pujan and later at home they did Shanti Havan. I had prepared a group photo of her with her husband & her son. Something she always longed for. That night, there was a storm and ashes in the hawan kund were all whirling and rising up. My brother had a dream that night. He didn’t see Dadi, instead he saw Baba who looked relieved and at peace. That day she must have joined him & her son.

Forgive us for all the ignorance, Dadi.

To me you were a strong-willed Parinita.