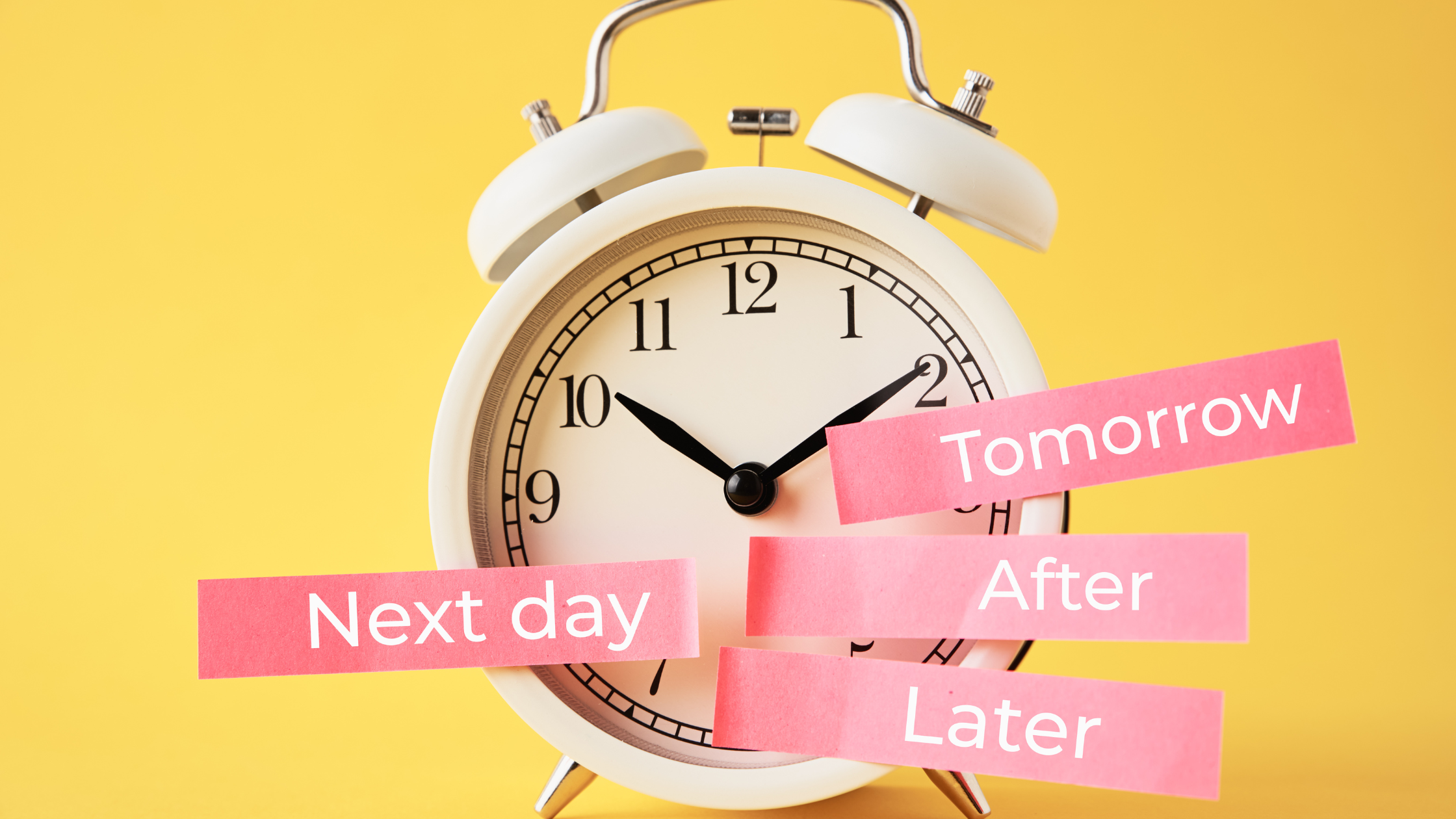 Then this is for you

If you are reading this and deep inside know you are a procrastinator, don’t feel guilty.

I used to log into social media when I felt swamped, just to scroll and space out.

At that time it seemed like a quick way to take a break, to not think about what was next on my list of things to do…if only for a few minutes. Until they turned into hours. Have you ever done this?

One of the most destructive effects of procrastination is the fact that it makes you feel out of control.

Procrastinating is like an invisible force that keeps you from doing the very things you know you need to tend to.

It usually sets in when you feel overwhelmed by all the have-to’s and instead of making steady progress you take on too much without ever getting any of it done. Feeling out of control takes away part of your inner power to shape and direct your own life.

While it is indeed true that there aren’t many things over which you have full control, you can make a choice on how you deal with what is in front of you, within your own reality.

So, how do you turn it all around?

Here are five empowering procrastination tips to help you step into your power and give you the energy to get it all done.

Procrastination is an internal process and although it may feel like it’s happening to you, you are in actual fact responsible for it. Procrastination is not an external force, but an internal response and evaluation. The simple realization that it’s you that are doing it to you gives you the power to do something about it.

It’s all in your head

The reason why most people remain stuck in patterns of procrastination is, at the most fundamental level, because of fear. What you don’t face controls you. To overcome fear and the procrastination that comes with it, you need to confront what is and do the very things you don’t want to do. It’s as simple as that. The instant you do, you take charge and it no longer has any power over you.

The ironic thing is that fear often only exists in your imagination – it’s most likely something that hasn’t happened yet. Procrastination is not real – it’s only the way you evaluate things in your mind.

It’s all about conditioning

Success at pretty much anything often relies on consistency. The way you get consistent is through conditioning.

When you do something over and over again it becomes normal and when it’s normal you don’t have to think about it – it becomes second nature. Like on auto pilot. The challenge is that this principle works both ways.

Procrastination does serve a purpose- and a very important one as such. Think about it, we only procrastinate about the things that have value to us. At some level, either directly or indirectly, you believe that taking action will benefit you. If it didn’t it would not bother you, right?

Be grateful for procrastination and use it as a guide to understanding what you need to act upon. Being aware of this, and developing an awareness of what you do and fail to do can empower you to be in charge of yourself on a much higher level.

When you are empowered you are in charge, and even if things seem to go wrong on the surface, underneath you know that you have the inner strength to deal with it effectively. Procrastination is disempowering and it takes away your ability to take immediate action and deal with any situation. Always remember that you are ultimately in charge of yourself.

You know that thing you got to do? Go do it. Now.