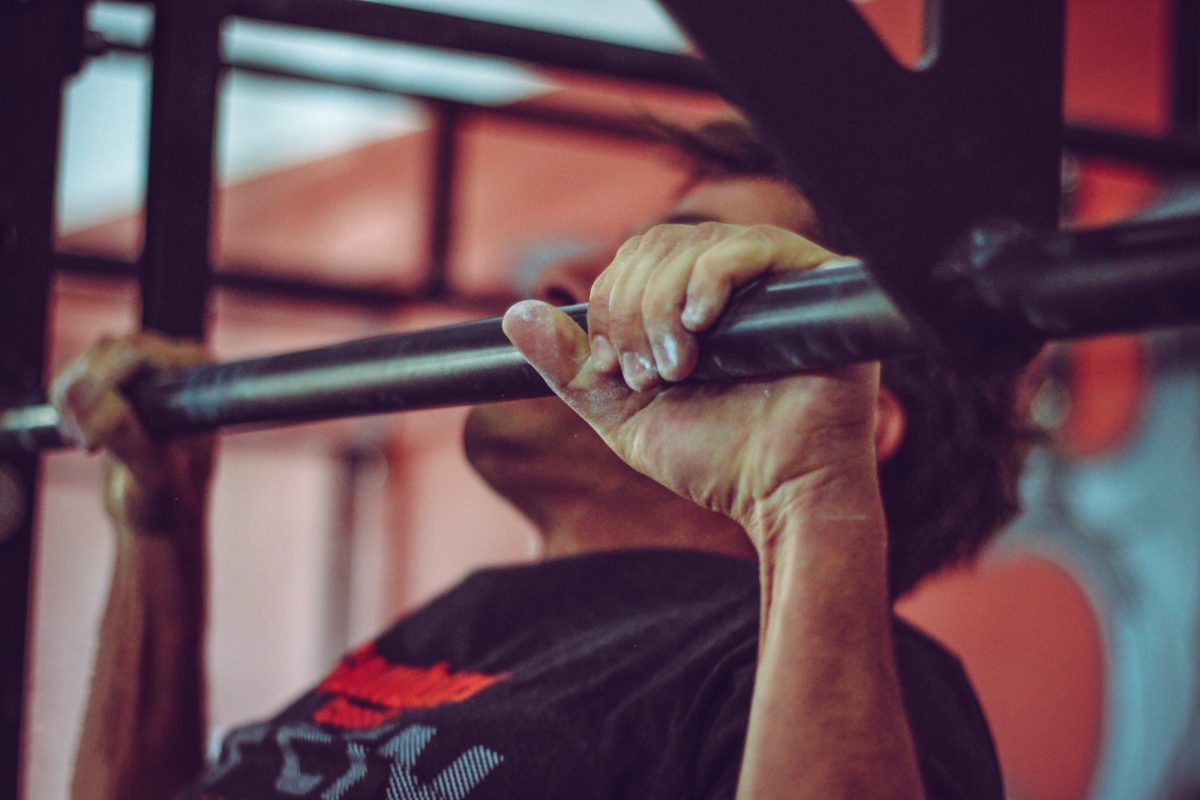 Ever done pull ups in classroom?

We entered class 12th in April 2019, the incident I am going to describe is of 30 April, 2019. Before you appreciate my memory, let me tell you that I remember the date as next day was my birthday.

It was summer, that too of Rajasthan. Time was around 12 pm, sky was clear and it was scorching heat. Probably, 7th period which was games, started. Due to some reason which I don’t remember, we were not going to ground that day. Our physical teacher had not arrived and it was a typical noisy classroom scene (Some teacher’s call it fish market). Our classroom was on one corner of the 2nd floor. There were two gates on left and right wall of board, the right gate opened in main corridor and there were other classes on other side of corridor. The left gate opened in the open corridor, on the other side of which there were no classes, it was balcony like from where the school playground was visible. So, there were four directions from where the teacher could come, two directions per gate. Further, there were two windows one on each wall.

Now the upper side of the iron frame of door had such a design that one could grip it and do chin ups or pull ups (I think now you have an idea of what’s coming ahead). We were standing on the left gate. I suggested my friend that let’s do some pull ups. At first, he declined, but I managed to make him a partner in crime, after all, he was a fitness freak. So, we both began doing quick pull-ups together (the width of gate was enough, and we both were lean), flaunting our fitness! As soon as we began, all the classmates who were earlier busy in their own gossips were now looking at us. We were center of attention, and everyone was shouting and hooting, cheering us. But someone was counting our pull ups, other than divine.

After a few seconds, we realized that our physical teacher, let’s call him R Sir, was standing in front of us. The shock of getting caught was such that I don’t know when and where did he come from. And in no time we were asking forgiveness. We were smiling and felt ashamed at same time. R Sir was overall a nice man and to Seniors he behaved in a friendly way, but today he was in a mood to teach us a lesson. He took us to clerk office to A Sir. I had gone to clerk office numerous times. But this was just 2nd time in my school life that I was going for doing something wrong. We both were well known to him, we were very old students after all. We asked for forgiveness, we won’t do it next time. But he said something like, “12th me aaye hai to zyada garmi chadi hai, utarni padegi.”(Sorry English readers an approximate translation is – They have come in 12th, so have become hot blooded. We need to cool it down (in sense of teaching a lesson). Next thing I remember was we walked to the pull ups bar near basketball court with R Sir. (Like – So, you want games period, let me give you a nice one!)

And then R Sir became Dangal’s Aamir Khan. He asked us to climb on the bar. Then he told us to do pull ups. Not in easy way. It’s a bit easy when you do quickly. He said we have to go up and come down on his command, along with hold, like they used to do in Constable recruitment physical test. After one round of 10 tiring pull ups in scorching heat, he gave us next task of running to the stage which was about 50-60 metres away and coming back. We came back exhausted. Again pull ups. This time we did little less than 1st round. He probably took 2-3 rounds (he was enjoying), and then gave us his ‘signature punishment’ (like dancers have a signature move), which he often used to give to students caught up doing mischief.

Although it’s a bit hard to describe it, let me try. Squat/crouch on your toes with butts on your heels. Hands placed on knees. Now, walk in this position without opening your legs, I mean legs still bent. Try this, it’s very exhausting for legs. He asked us to walk like this on basketball court and then let us run to class after some time. He and A Sir were laughing and so were we. Although it was a punishment, we enjoyed it, but didn’t do it again!

The next day, we both again went to clerk office, this time to distribute chocolates!

P.s: I don’t generally write humourous articles, forgive my bad jokes, if there were any!