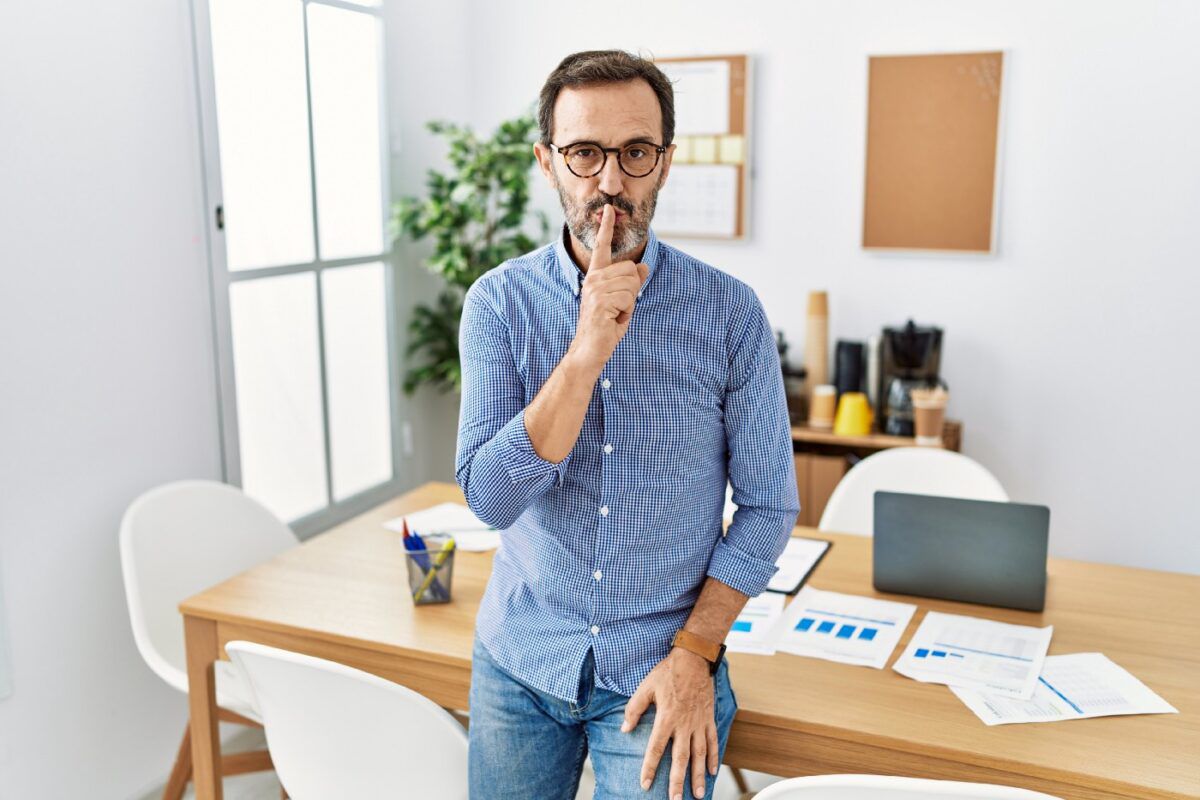 Quiet Quitting May Be The Way To Improve Your Mental Health

It’s rare for me to watch a TikTok video.

It is even rarer for me to learn anything useful from a TikTok video. But there is a first time for everything, and for me, that occurred this week when a friend sent me a particular TikTok that had gone viral, earning several million views.

The creator of the 17-second video, zkchillin, explained the concept of ‘quiet quitting.’

It was a concept I had never heard of previously but could immediately relate to.

Shhhh
With a soft melodic background, zkchillin gives his explanation of quiet quitting.

“You’re not outright quitting your job, but you’re quitting the idea of going above and beyond. You’re still performing your duties, but you’re no longer subscribing to the hustle culture mentality that work has to be your life. The reality is it’s not. And your worth as a person is not defined by your labour.”

There were two key points in that short paragraph.

They both resonated with me.

I started the same day as four other graduates; we went through a two-week induction and were placed in our departments. We became a close-knit gang of five as we embarked on our corporate journey together.

We were all young, ambitious, and keen to climb the ladder, so we all inadvertently entered into a hustle mindset that became very competitive.

It started as a competition with who could get into the office the earliest and morphed into who could stay the longest, who could work the most hours without taking a break, and so it went.

It was ridiculous. We were all young and in entry-level jobs but working around the clock like we were the CEO of a Fortune 500 company.

I remember getting into the office one very dark, very cold winter morning at 5 am, ready to set a record, and seeing one of the group already at his desk with a coffee.

It was the lowest point of my career.

The Elon myth
The hustle culture gets perpetuated by the world’s richest man, Elon Musk.

He has bragged about working 120 hours per week and advising that company founders need to work 80-plus hours a week. For those without a calculator, there are only 168 hours per week, so Elon has time for little else.

Well, maybe some activities, given that he has fathered ten children.

Unfortunately, people see Elon and his wealth and think that his ‘advice’ of ridiculous hours will result in the same for them.

Burn bright, burn out
Australia and New Zealand Autonomy of Work Index 2021 found that 77% of employees in the region experienced burnout at least once in 2020, while 50% of people said they were overworked, which led to them being burned out.

Burnout is “a state of emotional and physical exhaustion that can occur after a long period of excessive or stressful work.” It can lead to exhaustion and ‘compassion fatigue,’ where one loses the emotional capacity to care about others.

33% said they couldn’t disconnect from work.

And finally, people are doing something about it.

Last year, Dr Anthony Klotz, a Texas A&M University academic, forecast the ‘great resignation.’ Based on his research, he predicted a global trend of workers quitting their jobs.

2021 was the year of the Great Resignation. People worldwide quit their jobs as economies boomed, unemployment dropped, and talented people had plenty of options.

Employees who felt they were working too hard quit in masses. But now, we have entered the next stage of the Great Resignation — one that, in my opinion, is a better way forward.

Happiness is the new KPI

“It’s that whole idea of needing to find relaxation. Everyone wants meaning and purpose in their lives, and your work identity can very easily take over your own identity. With COVID and lockdowns and people having time to stop and concentrate, they’re thinking, ‘Where am I wanting to go?’, ‘Am I happy?’, ‘What’s most meaningful to me?’ I think that’s what’s really kicked off this trend again.”

Rather than resigning, people are now taking to quiet quitting. This doesn’t mean not trying to perform your job to the best of your ability. Instead, it means finding a work/life balance.

You still need to achieve your KPIs, but it doesn’t require going above and beyond all the time.

More hours would lead to better results. Or so I tried to convince myself. So I worked nights, weekends, and early morning. I missed events with friends and families, all in the name of putting in the hours.

One day when my teenage son was talking to me and I was typing an email on my phone, I realized how bad it had got.

“Dad, you spend your whole life on your phone doing work.”

It was the new low point in my career.

Some simple tips
At that time, I vowed to change my mentality around work. So, even though I was the co-owner and co-founder of the business, I effectively “quietly quit” before I even knew the term.

As a work addict, I needed to implement a few basic rules.

Email/Phone
No emails before 8 am or after 6 pm Monday to Friday. No emails at all on the weekend. To do this and break my addiction, I would go into the mail setting on my phone and turn my mail off.

This way, I wouldn’t be tempted if I was bored on the couch, and no emails would pop up and tempt me to check them.

Not only did I do this myself, but I implemented it for my whole team. If I had to offer one ‘hack’ to anyone on the verge of burnout, it would be this one.

Notes
A lot of the problems with work is the inability to switch off.

At the end of each workday, I would list what I needed to do and then write to be actioned tomorrow. Then, mentally I would put that note in my brain so I wouldn’t be tempted to think about it.

It’s easy to say, hard to implement. But I was determined. If one of my kids had a school concert or a sporting event, I would block the time in my calendar to attend.

No matter what. I was worried that clients wouldn’t understand, but they respected my decision. Many said they needed to follow suit themselves.

Together these three simple things made a huge difference to my mental health and happiness.

A whole new world
Three months into this new mindset and my partner said to me, “you’ve changed.”

It was true; I was less snappy, sleeping better, and interacting with friends and family more. In addition, the anxiety I felt each morning when I checked my emails was slowly disappearing.

And best of all, there was no impact on my business. I had quietly quit my own business, and yet the balance sheet and profit and loss — two things that dominated my life, stayed the same.

The last word…according to Tik Tok
I started this with advice from a TikTokker, so I thought I should end it with some from TikTokker loewhaley. She told her 2.4 million followers, “I don’t know who needs to hear this, but your paycheck stays the same whether”you spend your weekend thinking, worrying about work or not.”

Don’t resign. Quietly quit. Your mental and physical health will thank you.