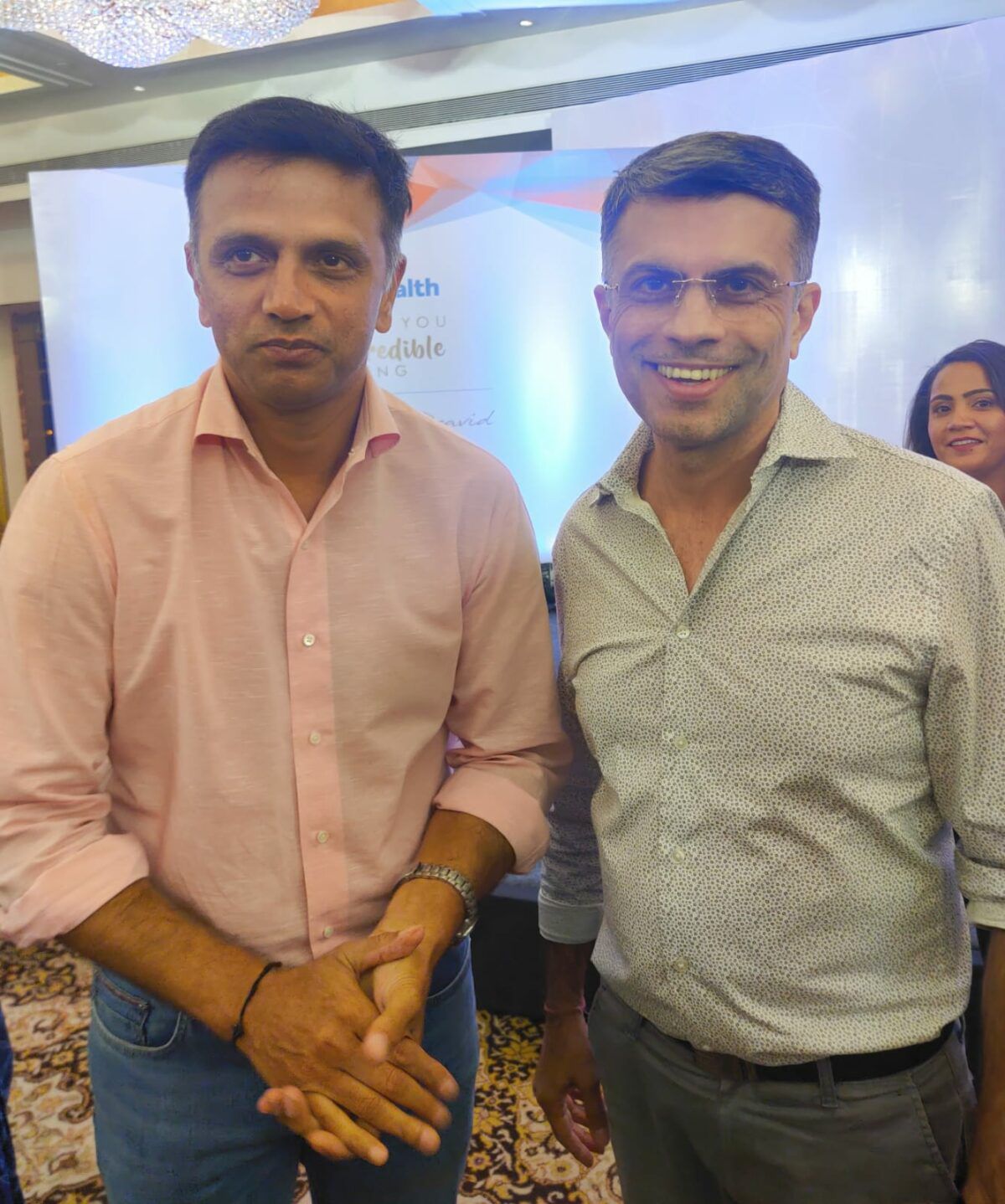 Sharing insights from an evening with the Wall #TheWriteChoice

“Cricket is a game of failures. In the 670 odd innings I played in International cricket, across all formats, I scored 50+ only 180 times. 2/3rd of my times in my career, I failed.”

In a memorable event this week, thanks to Incred Capital, I got a chance to hear Rahul Dravid, Padma Bhushan, Padma Shree, Former Indian Captain, current coach of Indian Cricket Team, famously known as The Wall- one of the most dependable batsmen of all times. One of the most candid chats I have ever witnessed, Rahul touched upon many interesting aspects of his cricketing career and took us ‘behind the scene’ on a few of the significant events in that career.

The Debut: Starting with his glorious debut at Lords, where he scored a great knock of 96, Rahul shared how he did not even know if he was to be in the playing 11 the previous night. But a chance injury for one of the players allowed him to make the cut on the morning of the game. He shared the amused responses to his innings, where people felt sorry for him missing a hundred on debut. Even his own father, while proud of his debut at the Mecca of cricket, felt sad that he missed the mark. But Rahul was like “I am more than happy with the knock. You all are concerned about the 4 runs I did not score and ignored the 96 that I did.”

The Huge Six: The interviewer then asked about the memorable six that Rahul hit off Alan Donald in Durban. And it was interesting to hear how instinctive the shot was and not planned at all. He just tried to hit over the bowler and it went far enough.  Then he shared the unique statistic. His coach was very angry for a shot which was so uncharacteristic of his playing style and cited the example of the great Sir Don Bradman. Don hit just ONE SIX in his entire career. That’s it, one six in a total of 6996 runs. He made Rahul commit to not playing such a rash shot ever again. I still have memories of how in the lone T20 match that Rahul played, he ended the innings with 3 sixes.

The Wicketkeeping journey: When asked about his role behind the stumps, Rahul talked about how during the training in first class cricket, the coach asked who would like to keep the wickets and seeing no one else lifting their hand, Rahul chose to throw his hat in the ring. Rest is history. While he did not keep wickets for very long, his chipping in for the role allowed the team to have a very strong batting line up.

Bowling: Rahul talked a bit about his not so long bowling career. Always one to be ready to contribute in any way possible, he did roll his arms over to bowl when the team needed him to.He highlighted the fact in the 5 wickets he took across formats, included great batsmen like Gary Kirsten, Lance Klusener, and Saeed Anwar.

Ethics and integrity : Rahul’s approach is simple. He does not ever contemplate any other way but the right way. Stick to the principle and focus on taking the ‘right’ approach, regardless of the consequences. He was very clear that he would not complicate matters by looking at any alternatives.

The coach and mentor: Rahul highlighted the fact that as the Indian team’s coach, his focus is more towards helping the players to make minor tweaks in their game and not teaching them new ways of playing. Many times the role is purely to help them enhance their skills rather than doing anything drastically different.

Two interesting records that I believe are still in his name (and may remain so):

Overall, it was a great event and chance of a lifetime to listen to him and get even more inspired by his life, journey and experiences.