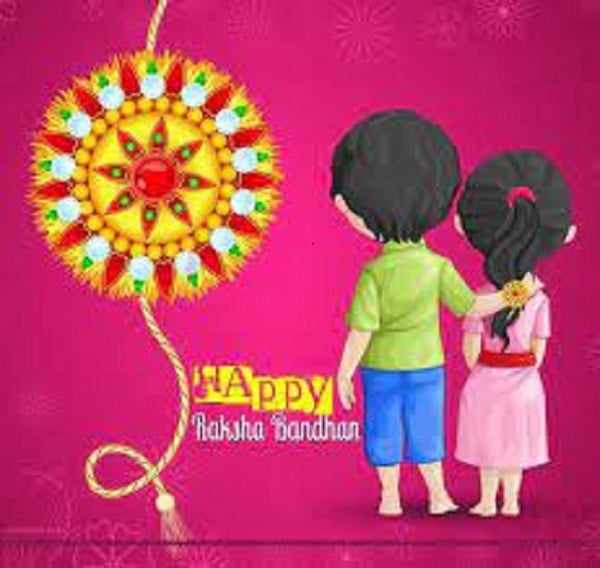 Rakshabandhan — The Bond of Love

Sharing an experience that epitomizes this bond for me.

As mom opened the door, her face looked angry! My brother was standing right behind her waving and making some signs. I couldn’t grasp what he wanted to say but the message was clear that something was wrong.

It was 7 so I was very late coming home by my Mom’s standards. But she seemed livid not just the usual late angry.

‘So…how was your picnic?’

Omg! How did she know about the picnic? Except for my bro nobody else knew about it. My dear brother was still making signs, but my case was now in the higher court way out of his reach.

‘ Ohh..,how do you know I went for a picnic?’ I answered with a question.

‘Well… Sohrab told me. He was here.’ What the heck! How could he do that? Let me meet him…uggh…Sohrab was my friend’s boyfriend.

‘What did he want?’ I was curious.

‘Shruti’s bank examination slip. Her exams are tomorrow.’ Oh yes! Day before she had forgotten her slip at my place and told me she would collect it later.

‘Yes, he said you went to Sinhagadh for a picnic.’ Her voice was stern now.

Sinhagadh is a well-known fort on the outskirts of Pune and the entire area is surrounded by greenery, dams, waterfalls in the rainy season. It is a well-known picnic spot.

‘Well, I went to Khadakwasla but not for a picnic we had a practical. A Water pollution practical at the NDA (National Water Academy) was being conducted over there by one of our visiting professors.’

I had spun a very convincing story and was hoping that my mom would buy it. All of it was true except for the practical’s being conducted that day.

‘I told Shruti I was going to Khadakwasla…so they probably assumed it was a picnic.’ I continued explaining in detail. My mother’s grumpy look was gone now.

‘Okay…I have to prepare dinner. Come, help me after you have finished up.’ That meant I was out of the woods. Yay! Thank God! My semi-lie had worked. I sank in relief on the sofa. As mom left the room, I gave a thumbs up to my brother. It was because of him that I was safely out of the situation.

‘I am not going to help you the next time you get into such a situation again.’ He mouthed angrily only for my ears. He had helped me through many such scraps. Ever since we  had lost our cousin a couple of years back who was around my age, my Mom had become over-protective about me and my brother. No outings, picnics or trips apart from necessary college stuff was allowed. So I had to resort to lying.

I smiled inwardly. I knew that he would do no such thing. He would be there for me always. Standing by my side whenever I needed him. Such is our bond of love, understanding, and trust and it holds true even now years later.

And I wish the same for all siblings on the occasion of Rakshabandan.


Login with Email
No Account? Create One
Love for MOON
Where There Is Infinite Light – 1/5