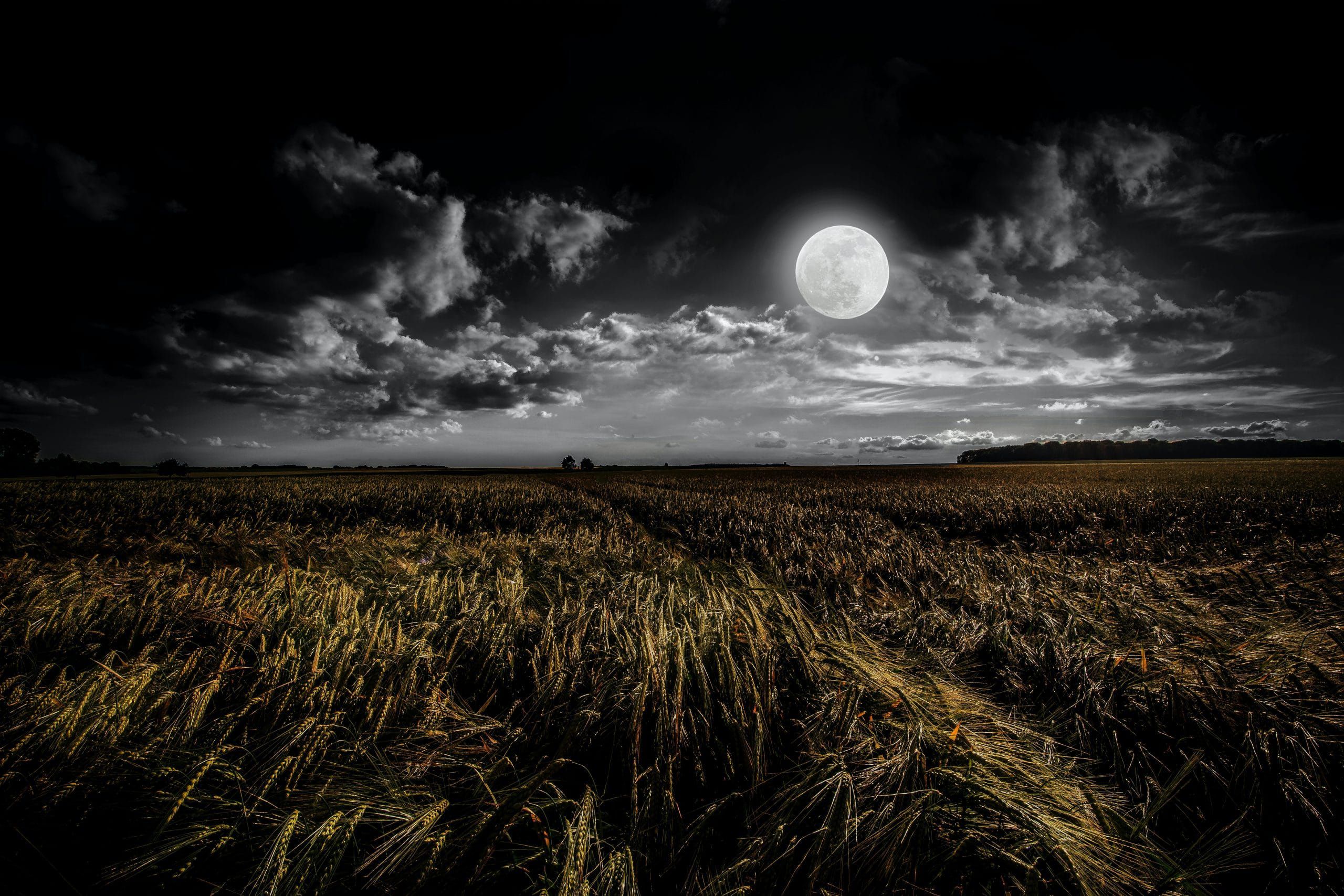 We meet day after day for weeks. Every day, I learn more and more about Padma. She never fails to amaze me. I wonder when I can meet her, but I’m too scared to ask. Finally, Padma asks me if I want to meet her in person.

“Only for chess, of course,” she adds. I blush. I’m thinking of Padma all the time, and I wonder why I think of somebody that I’ve never met so much. Honestly, I’m worried that meeting her will shatter my dreams of how she really is. I’ve found that people are often very different off of the chessboard than on it.
“Sure! Where?” I ask.
“I know this nice chess park outside of town,” she says. “We should meet there.”
I respond with a smiley face emoji and close my laptop, my heart racing.

The next day, I drive to the chess park that Padma was talking about. I pull into the parking lot, noting that it is almost empty. I pull into a space close to the entrance and text Padma a simple I’m here.

She sends back the third table to the left as her response. I look around, searching for her. I see someone on the third table and wave. They wave back. I assume that this is Padma and walk over to her. I plop into the chair across from her. She grins at me. “Luna?”
“That’s me,” I smile back at her. Padma has long black hair, flowing down just like mine. Though, her hair is a lot neater than mine and is braided. She has dark skin and brown eyes. In short, most people would consider her pretty, unlike me.

We exchange some pleasantries and make a few moves. My heart isn’t in the game, and I can tell that hers isn’t either.

“Tell me more about yourself,” Padma finally says. She sounds formal, but her voice is soft. Within minutes, we are talking all about our lives and families. I find out that Padma has Buddhist parents, is the same age as me at sixteen, has one older sister, and a whole lot more. We talk and talk until finally, I realize that two hours have passed.

Around a week has passed since our first meeting. I am scared that I have upset Padma in some way, considering that she hasn’t texted me a single time throughout this week. I wonder if she found me too ordinary of a person off of the chessboard.

There is nothing but admiration, awe, and adoration for Padma on my side. I find her to be just as great outside of the chessboard as she is on it. In our two hours of talking, she proved to be one of the funniest people I have known, cracking jokes that made me laugh every time.

I dream of Padma. I dream about her to the extent that it frightens me. I wonder if this is what being in love feels like – frightening and scary and wonderful all at the same time. I can’t explain it, but as I pop my cheap plastic earbuds into my ears, I feel it. It’s all too real, but I can’t explain it. It isn’t all pleasant, unfortunately.

My thoughts lead me back to the one time that I talked to a girl with synesthesia in fourth grade. I was different back then. I spoke to people a lot more than I do now. This girl was ostracized by everybody just because she saw words as colors.

“Explain where you see these colors,” I had asked.
“Right here,” she said, pointing to the space in front of her. “I see a white hexagon right now, right here.”
“Where?” I had asked, fully knowing that I couldn’t see them no matter what.
“Right here!” she exclaimed.

I finally understand her inability to explain what she was seeing. I can’t explain what I feel for Padma, call it friendship, call it kinship, or call it an obsession. All I know is that it’s like a fragile paper chain made by small children: it’s a strong feeling at times, but at others, it is so fragile that a tiny pair of scissors can cut it.

I sigh and shake my head, trying to escape the cloud of thoughts around me. I don’t succeed. Instead, I pull out my phone and notice a text. I hold my breath, hoping that it’s from Padma. It is.

I respond with a quick thumbs-up. My heart is pounding. A grin adorns my face, but I’m a bit scared too.

I get a text from my mother. GET HOME NOW! she says. I quickly drive home, scared out of my mind by the aggressive text. I can only think of one thing that I did that possibly would have warranted that reaction, and I’m almost certain I’ve been caught.

I drive back to our dirty streets, with tiny houses lining both sides. Half of the houses are littered with graffiti all over their walls. Luckily, ours isn’t one of them. There isn’t a single house that is in good condition. All of the houses are just barely acceptable at best.

I pull up in front of our house. It is especially shabby, with a broken window and an ancient Jetta in the driveway. Overgrown plants litter the sides of the house. As I walk closer, the smell of smoking weed hits me. It’s disgusting. When my mom was single, this house was always neatly kept. Ever since my stepdad showed up, this has been the story of our life.

I turn the key in the lock and walk in. As always, the house is dirty, and broken beer bottles litter the ground. Shards of broken glass are everywhere. I kick a couple of the bottles to the side and follow the smell of weed toward the main room. I’ve never grown accustomed to the odor, despite having to put up with it for the last year or so.
I sigh and walk into the living room and am greeted by my mother. “Hi, Mom,” I say cautiously.

She doesn’t even waste a second on pleasantries. “Did you throw out your father’s cannabis?” she asks.
I’ve always been amazed at how direct my family is about these things. My stepdad just told my mother that he smoked weed, and she was totally fine with it, despite her lecturing me about not smoking for years. Ever since my alcoholic, drug-addicted stepdad came into the picture, our house has been a complete mess.
“Yeah,” I say, with the resigned nature of a cornered rabbit.

My mother begins to rant about how drugs cost money and how I should accept my stepdad for who he is, and so on. I tune her out like I often do these days. I don’t know if she knows how serious a problem weed is. I tried to explain its issues to her once, but she simply told me, “The government knows what they’re doing. It’s legal, and that’s final.”

I think about my stepdad for a minute. He’s a surprisingly nice guy when he’s not in a drunken rage. The first time I met him, I thought he’d be a great stepdad. He hasn’t been. He tries to care about my life sometimes, as in, he gets angry at me for getting bad grades in school. Other than that, he has left me alone, which is great, but he has thrown beer bottles at me quite often. He has also made my mother more violent-tempered and abusive, making me leave home for longer periods. I’m starting to suspect that my mother is also drinking and smoking weed at this point. That is exactly why I threw out my stepdad’s fresh stash of weed.

I like to wonder what would’ve happened if they had never met. For one, we’d be living in a better place. My mother had almost finished saving up to buy a better house in a much better neighborhood. All of that money became “beer money” and “weed money” as soon as my stepdad moved in.

The sound of a bottle shattering on the wall behind me snaps me out of my reverie. It’s my mother, this time, who has thrown a beer bottle at me. “You fail half of your classes in school. You sit at the park all day and play that dumb game. And now, you throw out your father’s pot? What are you thinking?”

“Cannabis is not a bad thing, Luna. We’re responsible adults. We can smoke,” my mother’s voice is slightly softer now. I can’t believe that I’m being told that it’s okay to do drugs. What happened to the person who used to warn me against drugs nearly every day?

I shrug and make my way into my tiny bedroom. I flop onto my hard bed and fall asleep nearly instantly, dreaming of my meeting with Padma tomorrow.

Read the next part here: Reaching For Luna – Endgame