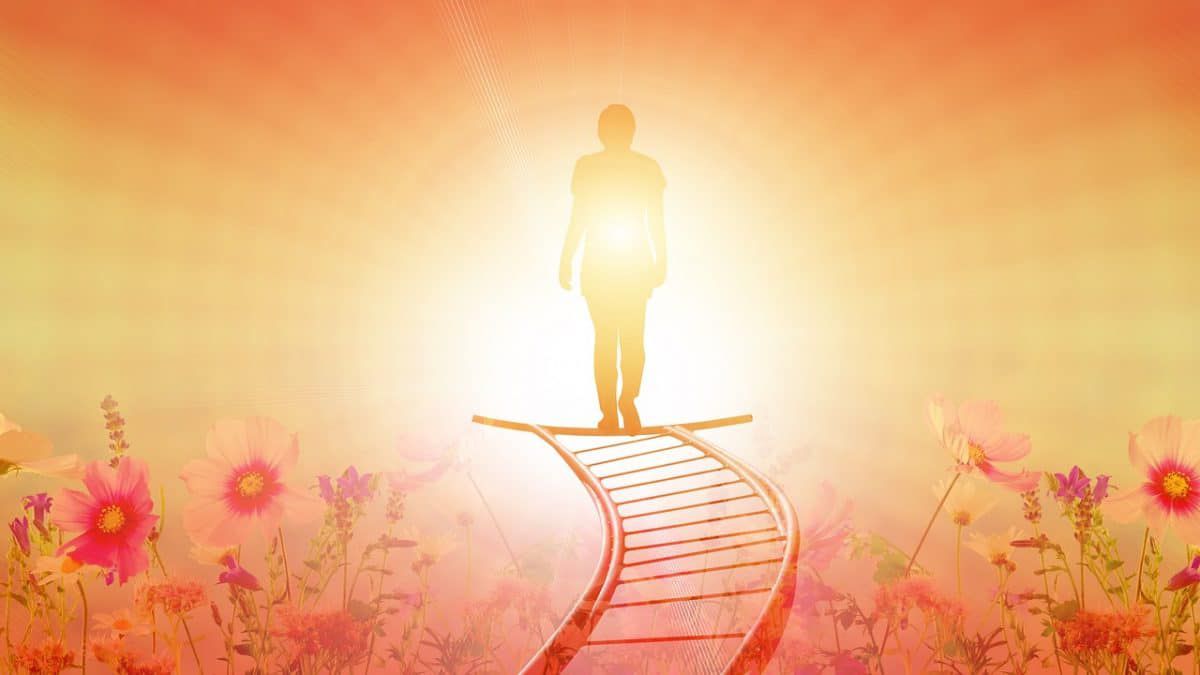 Some Insights from the Bhagavad Gita

Reincarnation is a fascinating topic.  There are differing views on this.  A few years back, after facing a tragedy, I started questioning my purpose in this world and the meaning of it all.  I happened to read many books on reincarnation by famous authors.  In my view, while it is true our present life is important, it helps to get a view of the long-term picture.

Reincarnation means that we get a type of body according to our previous actions.  After death, our soul enters another body.  We go through this process of repeated birth and death until we are able to transcend it by developing pure consciousness.

The Gita speaks about reincarnation/rebirth in many verses.  I have selected 3 verses (Verses 2.13, 15.8 and 8.6) which I personally like and explained them below.

Verse 2.13 explains that the embodied soul constantly passes through various stages of life – from childhood to youth to old age.  At the time of death, it enters into another body.  A wise person does not mourn for this change.

The body goes through many physical changes. Our true identity is that we are the spirit soul.  Within our body is the soul that accompanies the body as it goes through changes.  We cannot see the soul, but in the Gita, it is described that the soul exists and is immortal, uncleavable and indivisible.  At the time of death, the soul passes into another body.  People tend to give so much attention to the material body. It is unfortunate that the eternal spiritual side is often neglected.

Furthermore, we should not grieve death because it is not the end of our journey.  It is the start of another adventure.  In the Gita, the Supreme Lord Krishna tells Arjuna that both of them have come to this world several times.  But Arjuna has no recollection of this as he is human.  Lord Krishna educates Arjuna so that he concentrates on the eternal soul rather than the perishable body.  This helps him to fight his adversaries with courage.

Verse 15.8 explains that just as the wind carries fragrance from one flower to another, similarly the soul carries different impressions of life from one type of body to another.  This conception of life are the basic tendencies or proclivities that we are born with.  These help in shaping how we perceive things, what we think and how we behave.  What we are today is all that we have learned from our previous lives.  Many experiences over lifetimes result in the subconscious learning of our propensities.

Verse 8.6 explains that whatever thoughts one thinks at the time of death, that state he attains.  This is because the mind is engrossed in those thoughts at that time. I find this verse very interesting.  Prior to reading the Bhagavad Gita, I had no idea that our state of mind during death determines what our next destination will be.

It is common that when you mention this to people, they may possibly tell you – “When I am old, I will think of God.  There’s too much going on right now.”  But actually, it is best to start as early as possible.  In fact, it is believed that our actions and thoughts in this lifetime influences what we think of during death.  Death is very painful and only if we have trained our mind appropriately during our lifetime, we can develop pure consciousness at the time of death.  It is not that we have too much control and we can summon any thought we wish at random at that time.

There is a beautiful story of King Bharata who was very wise and pious.  When he became old, he went to the forest so that he could concentrate on his spiritual growth.  He was an elevated spiritual personality.  One day, he went to fill water in the river.  He happened to see a pregnant doe who was drinking water.  Suddenly a lion roared.  The doe was frightened.  After giving birth to her baby, she gave up her life.  King Bharata took the baby fawn and brought it to his hermitage.  He became very devoted to the care of the fawn.  He was constantly thinking about it.  When his time of death came, he was worried about the safety of the deer (the fawn had grown up).  Because he was so consumed by thoughts of the deer, in his next birth he became a deer.

This story teaches us that one must be careful of one’s thoughts, actions.  We should try to be free from impurities such as egoism, ignorance, duality, attachments, disturbances and delusion because they bind us to the cycle of birth and death.  Our actions and duties should be performed in God consciousness.  Devotional service makes our consciousness pure.  Only if our consciousness is pure, we can go to the spiritual abode.

Key Takeaways:  People have different beliefs about reincarnation – everyone can explore their own truth.  I tend to go with what the Bhagavad Gita says.  It confirms that reincarnation is a fact.   Undoubtedly, it is very important to concentrate on our present life and make sure that we are performing the right actions.  However, by understanding reincarnation, we realize that life has a long-term meaning that extends beyond death.  The soul enters another body at death and carries with it the previous conceptions of life.  Our thoughts at the time of death determine our next destination.  If we have pure consciousness at the time of death, our next life will be spiritual.  We get a material body only if our consciousness is not yet pure.  Human life is an opportunity to get out of the entanglement of repeated birth and death.  It requires time and effort to develop pure consciousness but is nevertheless a worthy goal.

Cool Cool Smoothies
A touching fiction based on true incidents