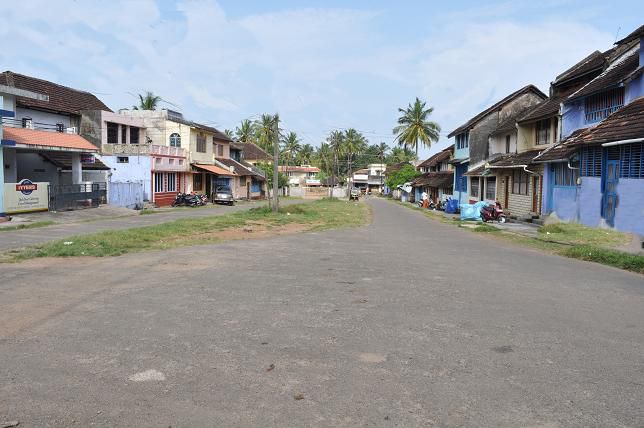 A soul-awakening, lest it should go unsaid

I opened the newspaper this morning with grave concern for the Covid situation in Bangalore where both Aunty and I live with utmost caution, having taken the second dose of vaccination.

I learned today is Mother’s Day. I closed the newspaper immediately (a rare gesture), and thought the best tribute I can pay to my beloved mother is to jot down a few lines, be they random in nature and not well coordinated. “Write to the heart, not to the head, man,” said my inner voice. So here it is.

On record my mother’s name is Meenakshi, but everyone in the village including us called her Meenakka, meaning Meena Akka, or Meena Didi. Yes, that was how it was in the village. My maternal grandfather was called Perianna – Peria Anna – or Big brother. “Paru” Mami was called Jyosiar Aathu Manni (Jyosiar ghar ka Bhabhi), somebody else, Vedamba Chitti (Mausi) The list is endless.

Meenakka was born to a fairly well-to-do family, though may not be filthy rich as the house she went in to after marriage. But her family was hailed the ‘Karikar family’. I don’t know who gave that title – the British? But it meant the family that oversees the activities of the village (?). Anyway.

Meenakka got married to an absolutely stranger, then three times her size (to switch sides later in life) and all in a phat mangni phat shaadi, style, moved from a modest house to a mansion and totally to an unaccustomed new lifestyle where she was the Rani of the fiefdom.

She had the best of jewellery and best collection of silk sarees specially ordered and woven from Kanacheepuram (kept safely in the locker underneath the Store room) Father lived in style, and he wanted his wife to be no less. But the opportunities that she got to wear them were far and few – to the few marriages, or to religious ceremonies, or to attend music concerts. On such occasions she would have a pan that would make her lips red, as lipstick days were still far away. She was very fair, charming with lustrous hair. Often, she was compared to a Tamil film actress of those days. No wonder when she stepped out for such occasions, the other village women came out to the front yard and watched stealthily to see the clothes she was donning.

But then everything has a shelf life. These days didn’t go for too long. The family went bankrupt because of World War II. We moved to her parents’ house in the neighbouring village. There all of a sudden she had to cook for 13 people, both families put together plus two more boys who stayed there to be able to pursue their higher education in the only college, Victoria College, in Palakkad. Also, whenever possible she would take charge of milking the cow, as Patti was asthmatic and had breathing trouble often. In addition, she would draw water from the extra-deep well, at least ten potfuls, 20 meters away from the kitchen. In the evenings she would draw double that quantity to water the vegetable plants that Thatha grew with no great results because of the quality of the mud. But efforts were jaari undaunted. Thatha was a never-die enthusiast.

Some of the other attendant tasks she performed included the ones that the near and dear ones of Thatha posed on their visits to village from cities. They would buy in bulk mangoes, lime, or mahani kizhangu (root vegetable with which one prepared pickles), tamara kizhangu (lotus stem) and expected Meenakka to cut them to prepare pickles. When Thatha finds her less inclined to undertake this arduous job, he would pat her and say, “I know it is not fair, but just do it for them, it will never go unrewarded,” and she would.

While in Thatha’s house, we young boys would meet and discuss mundane things. One day one boy asked: “Who is the best-looking mother in our midst?” “Krishnan’s mother,” I said. “No doubt she looks good, but I would vote for Meenakka, your mother.” All others agreed in unison. I still cherish these two instances – one where the village women of my father’s village used to admire her charm in private, and we the village boys in Thatha’s village endorsing it in a different context.

The wheel moved a little bit. We got jobs in Bombay and Delhi. Our parents moved first to Delhi to be with me. They divided their time with sons and daughters in cities – some years of well deserved rest. Even in Delhi her charm figured in ladies’ discussions. Some of the ladies would discreetly ask my wife, “What dye does your mother in law use?” She never used any.

From up above, as she takes stock of her life on this planet, I am sure she would only have reasons to feel proud, “I was able to live more for others.” Yes you did. Thank you, Meenakka.