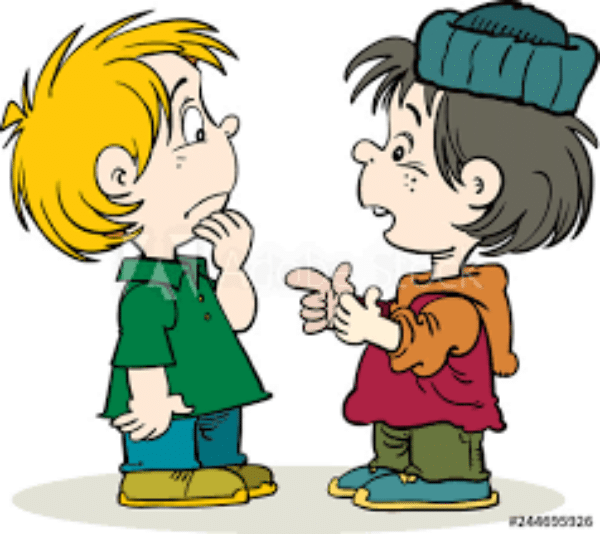 While for many, the difference might not be evident, in reality they are both, not the same.

Between the stimulus and response,

there is a space.

In that space there is the power to

In our response lies,

our growth and our freedom.

One day, a boy reached his school 10 minutes late. He quietly parked his cycle in the parking lot. Hoping not to cause much of a fuss, he walked through the school corridor, towards his classroom.

But, unfortunately, he bumped into one person he was hoping to avoid. Father Netto, the School Principal, was a strict disciplinarian. He just abhorred late comers, especially the one’s who had not taken a prior approval or had not informed in advance about their delayed arrival to school.

Confronting the boy, Father asked him the reason for being late. Not convinced with the response, he slapped the kid. Now this boy, in his 10th grade, was no kid. He was almost a grown up boy and he could not take the insult of being slapped on his birthday, especially when the reason for his coming late was that his mother insisted on he cutting the cake before he went to school.

Then, the unthinkable happened, the kid slapped Father Netto back…

What happened subsequently was the normal: a meeting was called to discuss and analyse the supposedly un-pardonable act on part of the kid, psycho analysis was done about his behaviour, impact on his future, school’s response, etc. was discussed.

What was not discussed, was why the child choose to react, and not respond when he was slapped by Father Netto.

In our daily life, we come across many instances, where “Respond, Don’t React’ is the MOST IMPORTANT mantra for us. While it might sound easy to understand, its very difficult to implement.

For example, you and this guy are not at very good talking terms for a few days now. You did or said something that he did not like and the anger has been venting in his mind and you have no clue about it. One day, he is forced to confront you, and he starts hurling abuses. Not clear about the background, you give it back to him, with choicest of words yourself. Next, it might become fistfight or even much worse.

In such a situation, when you see someone angry at you, its but natural to get angry yourself. We are not monks, we are mere mortals and that’s the way we behave. Growing up, we saw our parents get angry when we did something wrong. So we believe, as adults, its our right to get angry, when we see someone else doing something wrong. In this, yeh “Respond, don’t react” slogan kaam nahin karta. I mean, hamara dimaag kaam nahin.

React: Its a fear based action. Our fear instinct is provoked when someone says something provocative. Its a sign of the ‘victim mindset’ where we sense we have been considered at fault for something. We are more into ‘one-upmanship’ and wish to bring a decisive end to the discussion with we coming out on top. Its an avoidance tactic, where our arguments are more about taking a stand rather than addressing the core issue itself.

Response: On the other hand, response is love and respect based. We evaluate the person in entirety, from his level of maturity, his understanding and knowledge on the subject, his possible state of mind, etc, before responding to his action. This is true, both, when someone says something negative and even when someone says something positive. The act of responding is more collaborative and co-operative in nature, where you are seeking a more inclusive discussion. Its NOT ‘My way or high way’ approach that you want to take.

Its interesting to note, when someone abuses us or gets angry at us, we tend to abuse back or get angry in return. However, when someone compliments us, rarely do we give a compliment in return. We graciously accept the compliments and say ‘thank you’. Why can’t we not do the same thing, say ‘Thank you’, when someone abuses us? If we do, its guaranteed that the other person would be totally shaken and if he/she things we are fool or not, its for sure that he/she will definitely stop abusing and start second guessing on his own action.

At times, no response is the best response. Its ok if you cannot come up with the right words as a ‘response’. Sometimes, silence works best.

You can’t change how people treat you or what they say about you. However, you can definitely change on how you REACT to them.