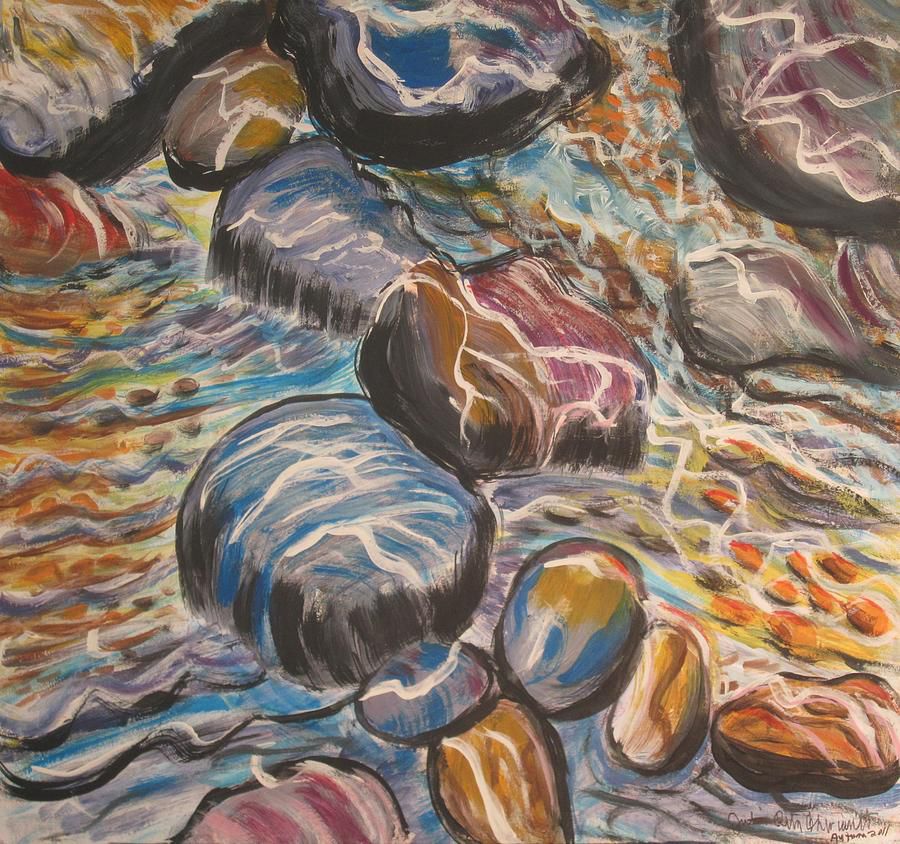 Rock in the Riverbed

It stood strong in the flowing current pushing against it all the time,

This rock in the river bed with the strength so prime.

It saw fish a many flow away in directions myriad,

It thought not of moving every for a short period.

“I’m made to stand strong and proud, and brave the force of the water,”

So it thought and stood firm with no shake or shiver.

There came a flood and the waters became turbulent,

Small stones moved about but the rock withstood with all its strength.

A stone of size half its own settled down when the waters stilled,

“I’ll teach you little one, to be strong and stiff,” the big rock said thrilled.

“How can it?” thought the one big, “When I have taught it and its fear I’ve removed.”

It grew to like the little one, it spoke to it of that it had seen always,

“Things can be no other way, and now you are like me”, it said in self-praise.

And there came the storm again and the small rock moved away,

“You traitor, you cheat” cried the big one in rage but never did sway.

It made no friend thereafter and remained one lonely and riled,

Many a year passed and the water had to half its size styled.

At the next storm, the big one, half of what it had been was shifted and shaken,

It was set next to a big strong rock as it has earlier been.

The new one tried to teach it all, but our rock refused to hear it out,

“We move with the water and don’t stand for ever”, it said in haught.

The rock in the river bed was like many others of its kind but thought its own,

It thought not like the others and learnt not to others what was known.

Whose fault was it, my listener, that the rock in the river bed had no friends?

The answer you give, on your own nature it depends.

An Appointment with Death
The Grace of Arunachala