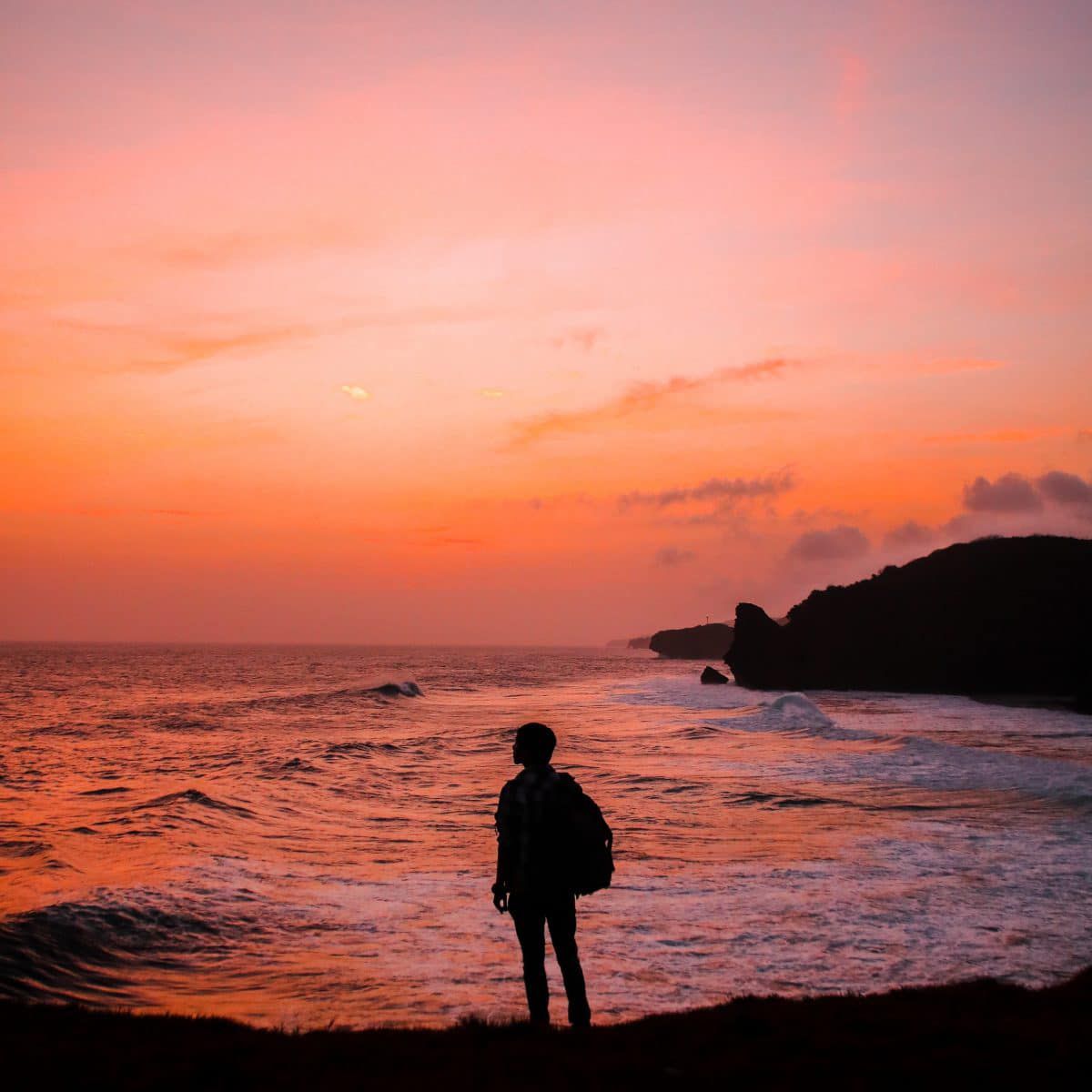 What goes in your mind, goes nowhere — till it does

This work is semi-fictional, the ruminations are probably true or probably not.

I saunter along the banks of some dark boundless ocean in the multiverse that is my mind. The gentle undulating waves that once lulled me into the depths of its waters, now burble to spur me back into existence that awaits me at the slightest hit of light or sound on the shores of my soul. I pause to take in the salt of expectations which quickens the beat of my heart. And my feet, now feel a tingle at every grain of memory-known and unknown to me.

Hitching a ride on the crest of a delta wave, I have traversed the night bearing witness to the many worlds I inhabit. Some, I rebelled and repelled, but for the most part, I revelled living in the many potentials that will perhaps never come to be. So, I ponder at the notion of hope and how finally it convinces me to come home to my being. Soon in a mad diffusion of light and fluttering lashes and at the rising sound of a muscle spasm inducing alarm tone, there will be an awakening.

It is warm inside this quilt, a safe space that doesn’t judge. I am covered head to toe, as usual, when it’s all too much- like the conditioned air, which at 24 degrees is usually coolish, but ends up feeling chilly. My thermostat has been off-kilter for a while now, perhaps from all the superfluous thoughts that keep dipping into the energy reserves of my body. The thinking kicks in like a daemon- a mischievous one, that makes notes of the debris it picks up from the surface of my sleep and will soon be sent to the “forensics” for further cogitation.

The soft ambient white light on the nightstand to my left is a double agent, diffusing a fine mist of sweet marjoram. It starts with the right intention- then the light gets a tad too bright for my liking and the aroma fazes me around 11:30pm. The very things meant to unwind me, usually have me wound up and so I beat retreat inside, doubling down around the bottom edges of the quilt with my feet so not a single degree of warmth is lost by convection. But, unlike the rest of my body which is compliant by being inside and in need of heat, most nights see my left arm flinging itself out in revolt, which gets annoying. A dissident in my being! Yet this arm redeems itself when like a stealth soldier it reaches to quash that infuriating alarm on my phone before the urge to fling the device even registers.

Death to the Alarm! I say- Long live the Phone!

4:35am: The Patchwork Quilt

I am not a morning person, it is a truth that contradicts my reality. I wake up to hopefully get out there and get over myself. Sooner the better. Both of which — sooner and better is open to conjecture. I suppose it is why I still find myself in my bed, sitting, with my back rested on the grey panel headboard, whose arched silhouette, in a light, now much dimmer than I remember, has a casted a shadow on the wall facing me. My shadow has almost merged into that shadow, with just the outline of a part of my head and a part of my arm visible like a ward being protected by its guardian.

My feet, though are still covered in this sort of patchwork quilt, my mother gave me years ago. She told me she had made it from a hundred swatches of cloth- half silk, half cotton- that she procured from a friend of hers who sold material in the market. Each swatch was painstakingly stitched together with a prayer of protection for me! And this is how my 100 Prayers of Protection Quilt was born! But then, that’s mothers for you! Ask them for a blanket- and they give you a talisman!

Much later, she explained to me that she had learnt of the concept of this quilt from a Chinese aunty who lived next to us and had first come to visit with a red packet when I was born. The aunty had just sewn a robe- for her five-year-old grandson- the cloth for which was sourced from 100 households including ours. The cloth from these households were symbolic good wishes and sewn together would grant spiritual protection for the child- the spiritual protection of a 100 households!

My mother didn’t believe in outsourcing anything from anyone- let alone wishes! So, she conjured up her own version. “But it’s just a blanket Ma! Why make it a big deal?” I casually asked her one day. “Well, Dreams are the strangest places to be wandering about alone in the night.” She replied wryly.

I don’t know about the night- but my daydreams give me hope. I like to be with them for a few minutes- there are so many of them furiously scribbled away on the backside of all my notebooks. It is what finally kicks me out of bed this early. But first, I let the monotony of routine energise me-I make my bed and fold away the prayer quilt, dunk my face in my palms that hold the cold-cold waters of reality and then brush away any remnants of yesterday that had not let go of me. I change into my tracks, running tee and lace-up all in that shadowy light of the night. You see I don’t want to wake them up.

Them? Aspects of me resting around the various corners of this room- Sad slumbers on the colourful rug pile- I can even see a little drool dripping from the corner of her mouth, Happy-has blissed out at the windowsill overlooking the reservoir, Excited has dozed off on the flip-top bench at the foot of the bed with both her arms and feet dangling mid-air and Stress seems to be snoring on the vanity stool- she looks a lot skinner when asleep. Inferiority, Envy, Helplessness are probably all huddled together beneath the bed- they like it there- in the almost darkness. And so, I tiptoe out of the room, as quietly as I can before any of the senses my sneaky disappearance.

I walk past my study and make my way to the kitchen via the sitting room. I switch on the light and note the earnestness with which the gooseneck digital kettle has been in anticipation of me on the black granite countertop.  It had boiled the water about 5 minutes ago and was waiting for me to pour it out into the mug for my instant coffee. This is just as well; I seem to like it when some steam is let off- warm waters make me more amenable and wiser after having scalded my tongue many times in the heat of excitement.

There is a matte silver long-handled stirring spoon next to the mug- gifted to me on my birthday by my brother- he told me I would find it meditative. I agree, it is. I stir the granules and water in concentric circles and watch the ensuing whorls onset a mini typhoon in my mug. Round and round and round and then I try the stirring in reverse-typhoon revolves around the same vortex. Like us circling around some common- what is that common? Time? Then what does that even say about time? Is Linear, Circular, maybe it doesn’t have any direction, its movement is possibly just perception. Maybe what it really does is fills space and makes our existence possible.

I walk out of the kitchen having let the coffee shake me up and knowing that it is finally time to head out for my run.

I pick the keys lying ready for me on the dining table and put it in the inner pocket of my hoodie. I plug in my ear pods- but don’t turn on any music yet. Maybe I’ll let silence be the soundtrack. I step out of my apartment and into the still and lightless-ness outside and the sun won’t be up for another hour. Another hour before the struggles of life and its living commences in the unforgiving clarity of light.

They tell you that if you look too long at the Sun, you risk blindness. But what might happen if you stared long into the dark?

** If you came this far, I am beyond grateful for the gift of your time and am indebted immensely. I thank you from the depths of my heart.