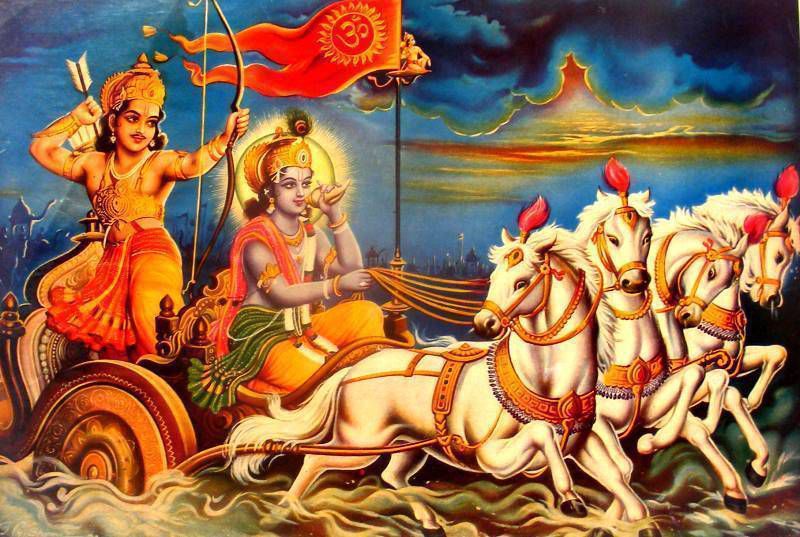 Namaskaram Swamiji, namaskaram to all,

Sri Krishna, Saarathi, the one and only, also praised as Sri Parthasaarathi. Be it on spot battlefield or life which is nothing less than the battle itself, Sri Krishna was omnipresent guider for Arjuna. Literally, being in charioteer role,  he not only drew chariot in kurukshetra war, but simultaneously yoked the reigns of  Arjuna’s  panchendriyas(horses) that were out of control, and charioteered his mind(manoratha) to do the needful duty, to fight for dharma, period. His impeccable timing sense, act of revealing the secret and unraveling mystery of manushya dharma in the form of Bhagavad-Gita, not only to Arjuna but to entire world makes him a perfect spiritual charioteer, The Guru, the world teacher. Hence  Sri Krishna is also called  as Sri Parthasaarathi-  Arjuna’s’ spiritual charioteer.

Don’t you think, we need Sri Krishna more than Arjuna? am I possessive? jealous? Never. By this I only meant that Arjuna was himself in his past life , Nara rishi,( a companion of Narayana rishi, incarnation of Sri Maha Vishnu/Sri Krishna himself) now(in dwapara yuga) being the great warrior- if he needed the  guidance of Sri Krishna , then we mere  humans absolutely, 100% need Sri Krishna’s guidance. Exactly, in a similar way how Arjuna was blessed to live in physical presence of Sri Krishna, i wish Him to  be with us, overdose expectation!!.  If this had to occur,  then one must become none other than Arjuna,  then only Sri Krishna comes to us- mandatory eligibility criteria. Is that possible? Which is mammoth/ out of world task.

The duo magic happens just once (pertaining to this mahayuga) and that too with Arjuna only. But Sri Krishna has super soft butter corner in his heart(so he left his heart here) for each and  every one. His grace is abundant. He disguises himself and guides us in the form of parents, siblings, friends, neighbor, well wisher, stranger, teacher, boss, mentor, coach, master, guru- any form. In all living forms he portrays the same Saarathi role, GURU, a spiritual charioteer– and makes our humpy bumpy life’s journey into a meaningful/purposeful ride leading us to the ultimate destination, that is to Himself.

Vivekananda, in his childhood was questioned as what he would become when he grew up? for which his reply was – “A charioteer”.