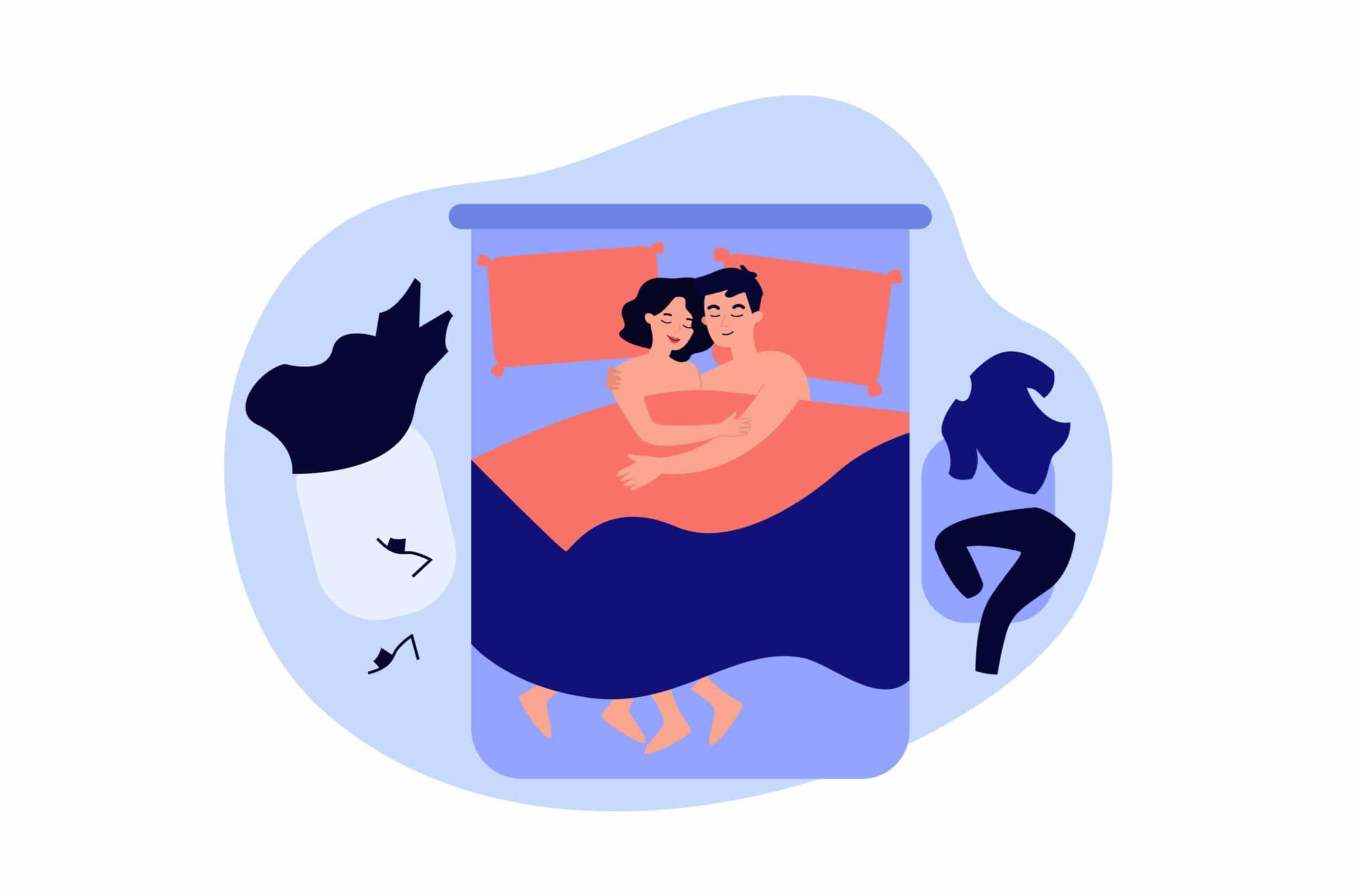 Keeping it fresh over the long term

The more I listened to what men in the church had to say about sex, guys who were married a decade or more, a recurring theme started to terrify me.

As a newly married man in my twenties, I became a member of Promise Keepers, an evangelical organization for Christian men with the mission to strengthen marriages. My wife Lisa and I were supporters and followers of Jimmy and Karen Evans, who founded MarriageToday. I had accountability partners. I attended and led men’s retreats.

No matter what men’s event I was attending, the last subject the speakers ever spoke about was sex, if they talked about it at all. However, when I was at a men’s retreat, or a men’s Sunday school class, or in a men’s prayer group, or with my accountability partners, and it came time to share about what was troubling men the most, here came that frightening theme I mentioned earlier –

At that point in my life, newly wedded, sex was frequent and very passionate. The last thing I wanted was for that to stop. Instead, I desired it to intensify. I wanted to know how to get even more satisfaction from it.

Driven by the fear of losing my favorite pastime, I studied everything I could on the subject, both in Christian and secular literature. Thirty years later, I’m still researching, experimenting, and learning. As a result of that investment, my sex life produces more intimacy and satisfaction than ever.

Over the past three decades, I’ve had the privilege of teaching and counseling dozens of couples through many life challenges. Lovemaking was an issue for nearly all of them. After only hearing men talk about it a long while, I finally got to hear “her” side many times, and the more I did, the better I understood the challenges couples faced.

Some form of this scenario, more or less dramatic, is what I heard from most folks. She would say, “He doesn’t spend time with me,” and he would complain, “She doesn’t give me enough sex.”

Along my travels, I met and befriended a handful of couples in the church with adult children together for more than twenty years, who were still frequently having hot and passionate sex. With their permission, my wife and I asked lots of questions to which they gave frank answers. Wow, did we learn! Some characteristics emerged that I still practice and enhance to this day. Allow me to share a few of them with you – wisdom to integrate where you find it useful –

1) Put each other first. Careers and kids are secondary. They work to live rather than living to work. They express a love that is unconditional – not transactional.

2) Are dedicated to some spiritual practice. They are committed to seeking the Divine together.

3) Have a servant’s attitude. They enjoy helping each other. It’s not 50/50 for them – it’s each one delivering 100%. They share the load of the housework and children. If she’s working on chores, he’s assisting. He knows that she won’t feel sexual until things are calm and in order.

4) Date each other. Typically men court women until they marry – then the dating stops. The couples who keep things hot and exciting always have planned romantic time together away from the children. Regular date nights she can depend on for him to focus only on her.

5) Communicate fabulously. They make time to talk. There is a secure environment to share feelings frankly and honestly. There is very little friction or arguing. Each one is open with the other about their sexual needs and desires.

6) Make sure each other is satisfied. They have time set aside for sexual encounters and know each other’s bodies well. They often or always orgasm together.

7) Retain no shame surrounding sex. Even though these couples exist in repressing religious environments, they are still very open in believing that sex is a gift from God, something extraordinary for which to be grateful.

8) Are romantic. Both partners. Many times the husband more than the wife. Him showing her daily, maybe many times a day, that she’s on his mind. Romance occurs all day, every day, and in all encounters. It’s in their voices and the way they speak and address one another.

The bottom line is long-term, satisfying lovemaking requires a lot of listening, planning, and intention. It isn’t easy and often challenging – but very rewarding. Adri and I practice these principles and improve on them as we grow spiritually. The result is an ever-deepening intimacy between us.

When I was twenty-one, after I’d been married about two years to my wife Lisa, she sat me down one day to chat about sex. She said, “John, I’ve learned that my libido needs thirty minutes of conversing about nonstressful things to activate.” Until that time, no one had ever explained to me that sexually, men are like microwave ovens (instantly hot) while women are best compared to crock-pots; they need time to heat up.

Of all the couples I ever counseled, this one piece of advice helped more of them than anything else – “Gentleman, sit down for thirty minutes every day without fail and actively listen to your wife.” Most guys have no idea how to do it. When they hear something from their wife, they immediately want to give their opinion and tell her how to fix it, which shuts her down from communicating.

If you need to start somewhere in improving your relationship, this is where to begin. Typically, the guy is the obstacle to making this happen with consistency – the magic is in doing it daily. Often he won’t make it a priority. However, if he does agree to actively listen on a schedule, things will start to get better.

Adri and I talk on average two to three hours per day while actively listening to each other. Nothing ever improved my sex life more than listening to my partner.

“Active listening is a pattern of listening that keeps you engaged with your conversation partner in a positive way. It is the process of listening attentively while someone else speaks, paraphrasing and reflecting back what is said, and withholding judgment and advice.”

Paul wrote to the Ephesians, saying, “Husbands, go all out in your love for your wives, exactly as Christ did for the church—a love marked by giving, not getting. Christ’s love makes the church whole. His words evoke her beauty. Everything he does and says is designed to bring the best out of her, dressing her in dazzling white silk, radiant with holiness. And that is how husbands ought to love their wives.” (Eugene Peterson – The Message)

I pray blessings and sacredness for your intimate relationships.