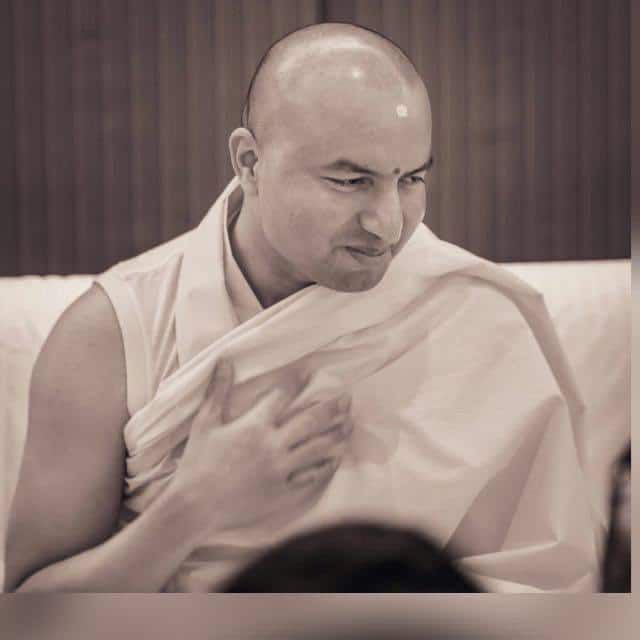 Saviour To The Doctor: Part 3

A tale of how Swamiji rescued a doctor devotee.

As Swamiji says, “Life is like the sky.” It has so  many different shades and similarly, doctors too experience different types of patients during their practice akin to shades of the sky. 🙂
Mostly the experiences are like the clear blue sky- uneventful. Some are like the cloudy weather, where  complications come up but all is clear soon.
And once in a while, some patient would give one such a cyclonic experience that the memory stays with them lifelong.
I had such a moment in the early days of January and it is going to stay with me for rest of my life. Let me share it with you. 😊

I along with Hemanya had gone to Pune to visit my parents for 3 days and we were back to Haridwar on the 2nd of January. Traveling during covid times literally drains you. 😔 We had started around 5 am and reached home by late evening. It was a long and incredibly tiring day!

It was almost 11 PM when I slipped into a slumber only to wake up at 2.30 AM to welcome a patient, Reeta (Name changed to protect privacy) in labour. I was so exhausted with the day’s journey and the hectic day before that I didn’t have any strength to go to the hospital immediately. 😐
It was her first baby, so she would take time plus I have been seeing her for the last 8 months so I was acquainted with her medical history. At least that’s what I thought! I told myself that I would go to the hospital ASAP.
I prayed to Sri Hari and  requested Him for some much needed rest and He, the ocean of mercy granted my request. 🙏
So having rested for another 3 hours, I went to the hospital around 6 AM. When I assessed Reeta, I guessed that she would deliver in about half an hour. But inspite of practicing for years, can I really predict the timing of arrival of baby? It is something only the Mother Divine destines! So I kept waiting patiently.
In our hospital, the lab opens at 8 AM so the customary blood tests on admission are done after 8 AM. Since the patient was well investigated during pregnancy, I thought it was no big deal! (I would come to know about the deal very soon. 🙁)
Around 6.50 AM, Reeta delivered a healthy baby boy. I was so happy that everything had happened smoothly and I would be free in another 10 minutes. 🙃

But like all things impermanent, my happiness lasted for just a few minutes! In fact it evaporated completely when I noticed patient bleeding profusely! She was bleeding as if a tap remained half open. 😟

I quickly started to look for the source of her bleeding. Usually, patients bleed post delivery for 2 reasons, either the uterus fails to contract or there is a tear in the vagina causing bleeding. I examined and found her uterus well contracted, so thought the most likely reason for bleeding must have been from the tears.🤔
Now, the next thing was to look where the tear was and stitch (suture) it quickly.
But how do you do it when you can not see anything but a pool of blood? It was like finding one’s way in a totally flooded area!

The moment I tried to soak the blood with a mop, it would fill up immediately, literally within seconds, leaving me totally gasping for breath. I tried and tried 😪 and I tried some more.
But to no avail!

Time is very precious in handling such emergencies. When someone is bleeding so heavily, you cannot keep on trying till the patient bleeds to death!

I needed to act faster!

If you do not know where the tear is, how do you stich it? Only Bhagwan bharose, isn’t it?
In my profession how much ever experienced one is, once the patient starts  bleeding profusely, it is always overwhelming. 😨 So I was absolutely Bhagwan bharose (at the mercy of Bhagwan to save the patient).

I prayed to Sri Hari to show me the way out.🙏

I started taking sutures (stiches) blindly but cautiously as important organs like the rectum is right behind. I had started suturing around 7.10 am and for next 10 minutes there was no success 😧 one suture (material used for stiching) finished then another then one more!

Did the bleeding get controlled? NO. 😕 But it reduced a bit.

My hands were at work constantly, my mind was passing on the instructions and my soul was praying incessantly!
Blood transfusion is absolutely life saving in such kind of patients and one can not start arranging for blood after the patient becomes serious or low. Medications were also being given to control the bleeding.

Amongst all this, what about patient’s mental condition? Imagine she had endured labour pains throughout the day and night. She must have been so happy when the baby was delivered but where was the joy? She had gone from bad to worse! I wondered how much strength Divine Mother has given to this child and how much more she would have to go through? Moreover, till when?
Reeta was a brave soul, fighting with all her might. I kept consoling her constantly while doing my own work. Oh, It looked like a never ending job.

Would the bleeding ever stop? What would happen if it doesn’t?

My body was tired and my mind was numb, but my spirits did not dampen. I didn’t lose faith, ever. 🙏

I completely surrendered to Sri Hari as I figured out there was nothing in my control.
I actually stopped doing what I was helplessly doing and simply packed the vagina with gauze packs and requested Sri Hari to take over. 🙏
Something within me told me to wait for 1 to 2 hours before proceeding for the next step.
Probably she would need exploration under anaesthesia, a thought strayed…but I dropped my thought and made the necessary arrangements, explained to the relatives in details about her condition, treatment, possible prognosis and left for home once her vitals were stable.

Remember, I was out of station for 3 to 4 days, so there was a lot of work at home as well. Though I was back home, my mind was with the patient. Did that mean I was restless?

No! I was at peace, neither apprehensive nor scared! The calmness of my mind in such dire circumstance surprised even me! I had faith Swamiji was watching over and I kept praying, chanting His name. 🙏
I went about cleaning, cooking, washing and the likes 😌 In between every few minutes, I called up to find out about Reeta’s status.

Around 10 AM, her blood reports came and it was evident that her platelet count was low! (I got the deal).That’s why she was bleeding so profusely! Finally there was a light at end of the tunnel. 🙃
Under such circumstances, wait and watch looked the best option along with arranging for platelets.

Around 10:15 AM, I rushed back to hospital and was so happy to see the patient quite stable. Her bleeding was controlled, her vitals were stable and blood was already being given.
I finally heaved a sigh of relief and thanked my Guru with immense gratitude in my heart for pulling me up through another nightmare. 🙃
All was well again!

After that episode, my sky remained mostly clear with patients ferrying in and out of hospital with no complications. 😊

Reeta was soon getting out of my mind. It did occur to me that she had not come for follow up visit, but then I declared to myself- No worries! No news is good news!

Fast forward to 17th January, when I had just started my OPD, I got an unusual visitor in a wheel chair! The face looked familiar. And soon it struck me -Oh, it was Reeta!
But why was she in a wheel chair?

Didn’t she have a normal delivery?

All glories to Swamiji. 🙏

A/N: Dear readers,thank you so much for making it till here. It means a lot to me 😊 Your time is precious and to save you from reading a very long post, I have split it into 2 parts.Though the posts are longer, I can not skip the details to maintain continuity and give you experience of the exact situation. I will post the next part tomorrow.

No Advice is Perfect For You — Life is a Constant Iteration
Sri Brahmachaithanya Pravachan-Feb.24