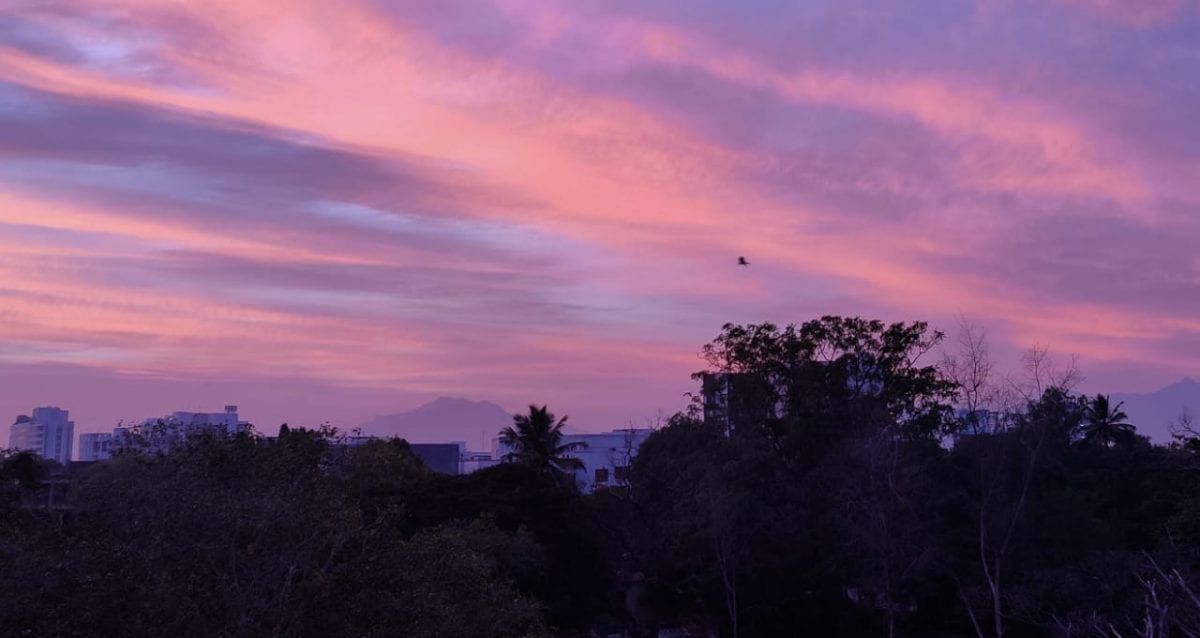 Visualisation technique: What if Arjuna couldn't see the bird's eye!

“What can you see, Arjuna?” Asked Guru Dronacharya once again. “I can only see the eye of the bird,” repeated Arjuna, his favourite student. This story from the Mahabharata is very famous. One point that was the CSF (Critical Success Factor) here was that Arjuna could see the bird’s eye. What if you have a goal in mind, and you cannot see how victory would look, then what would you do? That is where visualisation helps.

“The clearer you are when visualising your dreams, the brighter the spotlight will be to lead you on the right path.” – Gail Lynne Goodwin

According to Psychologist Jennifer Baumgartner, visualisation is a “cognitive tool accessing imagination to realise all aspects of an object, action or outcome and may include recreating a mental sensory experience of sound, sight, smell, taste or touch”. Visualisation is a great technique when it comes to achieving a goal, relaxing or motivating yourself.

All of us are at loggerheads with our own mind at some point in our lives and more often than not this results in a sort of mental paralysis which prevents us from reaching out and grabbing the very thing which makes us happy or at the very least content. This scenario is one which tremendously brings down our motivation and pulls us down. At that time, we need Visualisation.

“To bring anything into your life, just Imagine that it’s already there.” -Richard Bach

This technique has been used by many people who achieved great things, including veteran actor Jim Carrey, the pillar of strength Arnold Schwarzenegger and the brilliant Will Smith. As a result of which they have achieved far greater success than what we can ever imagine. Visualisation allows one to understand their current position and where they need to be and make a clear path in mind between the two.

The real fun is, of course, when the rubber hits the road, but it does help to be better prepared. One of the most famous examples of visualisation is that of Michael Phelps, cited by Charles Duhigg in his famous book, The Power of Habit. Michael, the celebrated Olympics swimmer, faced a tough challenge during one of his most memorable race.

When Michael’s alarm clock went off, it was 6:30 am on the morning of Aug 13,2008. He crawled out of bed in the Olympic Village in Beijing and fell right into his routine.He pulled on his sweatpants and got ready for breakfast. He had already won three golds in the tournament. Today at 10am, was the finals of his favourite event, the 200 meters butterfly.

By 7am, he walked into the cafeteria, eating his regular race day meal quota of eggs, oatmeal and four energy shakes, the first of the more than six thousand calories that he will consume in the next sixteen hours.

After breakfast, at 8am, two hours before the gun was to be fired for the finals, he went down for practice. He started with his stretching routine, starting with his arms, then his back and finally onto his ankles, which were so flexible they could extend to more than ninety degrees, farther than a ballerina’s en pointe.

At 8:30, he slipped into the pool and began his first warm up lap, 800 meters of mixed styles, followed by 600 meters of kicking, 400 meters of pulling a buoy between his legs, 200 meters of stroke drills and a series of 25 meter sprints to elevate his heart rate. This work out took precisely forty five minutes.

At 9:15, he exited the pool and started squeezing into his LZR Racer, a bodysuit so tight it required twenty minutes of tugging to put it on. These are since banned as they were giving the swimmers an undue advantage in speed. Then he clamped headphones over his ears, cranked up the hip-hop mix he played before every race, and waited.

Phelps had started swimming when he was seven years old, as a way to burn off some of the energy which was driving his mom and teachers crazy. When the local swimming coach, Bob Bowman observed his long torso, big hands and relatively short legs, he knew the kid had a champion’s potential. But Phelps was emotional and had problems calming down.

His parents were divorcing and he had problems coping up with the stress. Bowman purchased a book of relaxation exercise and asked Phelps’ mom to read it aloud every night. The book contained a script—“Tighten your right hand into a fist and release it. Imagine the tension melting away” —that tensed and relaxed each part of Phelps’ body before he fell asleep. The mental build up that Bowman gave Phelps, made him the strongest swimmer in the pool, mentally. 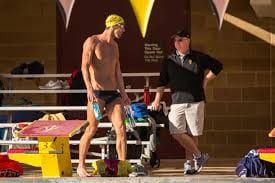 Back in Beijing, it was 9:56am,  four minutes before the race’s start, and Phelps stood behind his starting block, bouncing slightly on his toes. When the announcer said his name, Phelps stepped onto the block, as he always did before a race, and then stepped down, as he always did. He swung his arms three times, as he had before every race since he was twelve years old. He stepped up on the blocks again and when the gun sounded, he leapt. 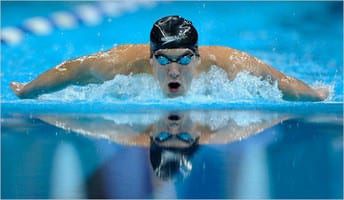 The first lap went fine. As he entered into the second lap of the race which comprised four laps, he noticed moisture seeping into his glasses. He was sure about them having been clasped tightly at the time of wearing them, so he was not sure on what was happening. By the time he reached the end of the lap, water had started seeping into both the eyes and as he made the turn for the penultimate lap, he was quite blinded by the chlorinated water in his glasses. It was almost dark as Micheal had to keep his eyes closed. 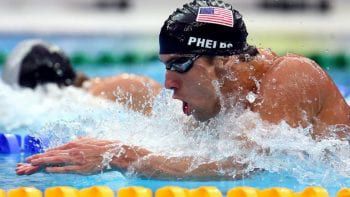 Reflecting on the day so far, Michael realised how it all had been near perfect till that point when he had water seeping into the glasses. He realised that this was the moment that required him to muster all courage and mental strength to stay in the hunt for a medal.

Michael had been trained for such a possibility. During some of the training sessions, Bob would make Michael swim early morning in pitch dark pool, so he could not see the bottom of the pool to make out the markings and would have idea on how far he had swam.This was to prepare for just the kind of situation he found himself in on that day in Beijing.

Among the mental techniques that Bob had taught Phelps, the most important was ‘Watch the videotape’. At the end of the training, regularly Bob would tell Phelps to go home and “watch the videotape”.

Michael would go home, lie down on the bed, close his eyes and he would visualise. He would see himself in the pool in the Olympics final race, with all light glaring and the crowd cheering for him, clapping, egging him to move on towards the final lap and towards victory. He would see himself moving far ahead of the competition and setting a new record as his hands finally touched the side of the pool at the end of the race.

“Your power is in your thoughts, so stay awake. In other words, remember to remember”- Rhonda Byrne, The Secret.

On that day, in Beijing, Micheal, going into his third lap, he remembered the practice that he had done in the dark pool and got himself adjusted to the change of swimming blinded. He decided to make a rough analysis on the number of strokes he needed to take to reach the end of the lap. The mental maths would help him make adjustments to his style and pace.

As he geared into the last and final lap he had a rough idea that it would be 21 strokes to the end. As he approached the 15 strokes, he could hear loud cheer in the stadium. But he could not see or decipher if it was for him for the other swimmers.

As he took the next two strokes, he was literally lunging in the dark, hoping to hit the end at every stroke. 17, no wall, 18, no wall, 19, no wall, finally on the 20th stroke, as he hit the wall, he heaved a sigh of relief and took off his glasses and the water it held so long and looked up at the glow sign board on top. It had a WR against his timing and name.

Despite all the odds, he had not only won the race, he had actually created a new world record in 200 meters butterfly and his fourth and the most cherished gold medal in the 2008 Beijing Olympics. 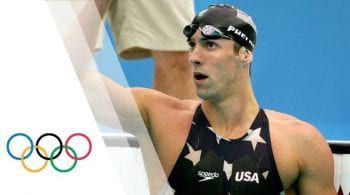 As ably demonstrated in Phelps’ case, the power of visualisation has the ability to not only help ease our path to success, but also help overcome challenges and obstacles, even those that we might not have expected.

You are the masterpiece of your own life.

You are the Michelangelo of your own life.

The David you are sculpturing is you” 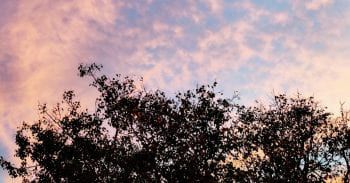