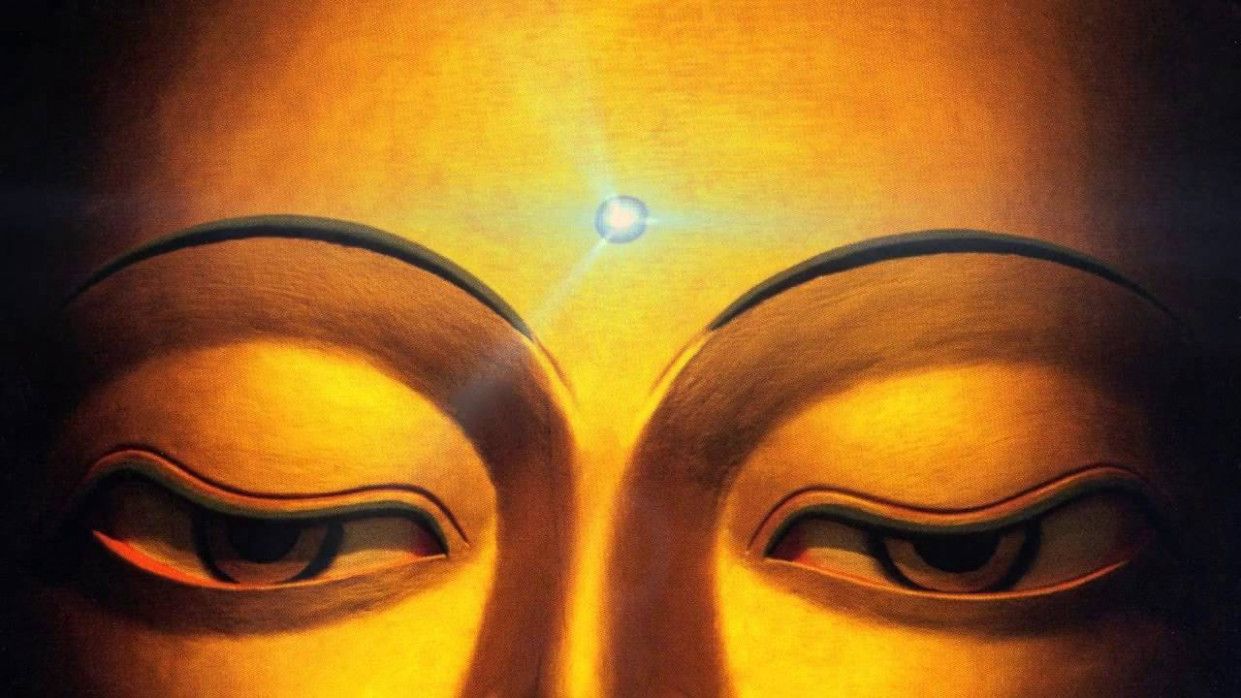 The subtle aspect of Shambhavi mudra

Generally, what people know about Shambhavi mudra is that we move our eyeballs upwards,towards brow center, and hold that position. But this a very gross description of the mudra, just holding your eyes in a particular position is not of much use, but yes it can surely give you eye pain, lol. In a previous post named Three Granthis, I said that a mudra shows effect because it changes the flow of energy at a deeper level, same goes with Shambhavi mudra.

Normally, the flow of energy at the eyes is directed outwards, in forward direction. In this way, energy is dispersed. The result is overthinking, random thoughts, restlessness, fidgeting, destructive thoughts, attachment to any object, the desire to keep yourself busy with toys such as social media, etc. No matter how much positive texts you read, the mind just doesn’t silences. This is the Rudra aspect, fierce aspect of energy. That’s why it is Rudra Granthi there.

When you stop your eyeballs, when eyeballs are fixed completely, as if stoned, slowly the direction of energy changes. Energy starts flowing in reverse direction. Eyeballs can be stopped by various means :

(Important tip – Stopping the eyeballs is a very subtle thing, it can’t be done by brute force or intense effort, as soon as you bring intensity/forceful effort, you will reinforce the outward movement of energy. Remember, a sword can’t be used where you need to use a needle)

Now when the eyeballs stop, the direction of energy changes and so does your mental state. When energy flows within you, it begins to concentrate like a laser, this slowly grows with time and it is such a tangible feeling, cool energy current felt above palate and in eyeballs and at Agya chakra. This is the Shambhu aspect, Shankar aspect, the benevolent aspect of energy. Slowly the mind silences, restlessness falls. As the flow continues, concentration and awareness starts to grow. There’s a subtle cleansing that takes place, blocks are slowly cleared, as cleansing deepens, the inner flow deepens. Something starts to as if drip inside and when that shower reaches heart, the negativity is slowly washed away and heart is filled with love. When energy is properly flowing in this way, the eyeballs automatically get focused at brow center and the renowned physical aspect of Shambhavi happens on it’s own without any effort. You get into a meditative state effortlessly. As the flow gets more concentrated, you discover the witness, the silent observer. You then learn silence and that is such a liberating feeling. You effortlessly feel a sense of detachment.

Conversations of any form reinforce the outward flow unless the inner flow is mastered, unless the inner movement is crystallized. That’s why silence and solitude are observed. The Siddhas have the ability to change direction of energy, that’s why people often drastically change after meeting such a self realized master.

It’s the same energy in your destructive thoughts that can become something beautiful. In one direction, she is Rudrani (रूद्राणी), in other direction, she becomes Shambhavi (शांभवी). If a person/child is extremely fidgety, restless, naughty, short tempered, etc, then this means they are overflowing with energy which is not directed in the correct direction. If the direction is changed, such a person’s behaviour will change drastically. I am one such example because I was a person of extremely short temperament. I personally know more such examples.

When flow is outward, any form of worship becomes extremely hard and when flow is inwards, every act becomes a worship. I feel that this is also one aspect of meaning of this verse.

If you are also facing restlessness, overthinking and all, know that it’s not really your fault, forgive yourself, take it easy. People struggling around you, there energy is also directed outwards. No one is as such good/religious or bad/irreligious. It’s just ignorance. Don’t judge them according to their behaviour, maybe by grace their energy flow can someday change and they may turn out be just opposite of what they used to be. This understanding has made me compassionate and helped in accepting people regardless of their nature.