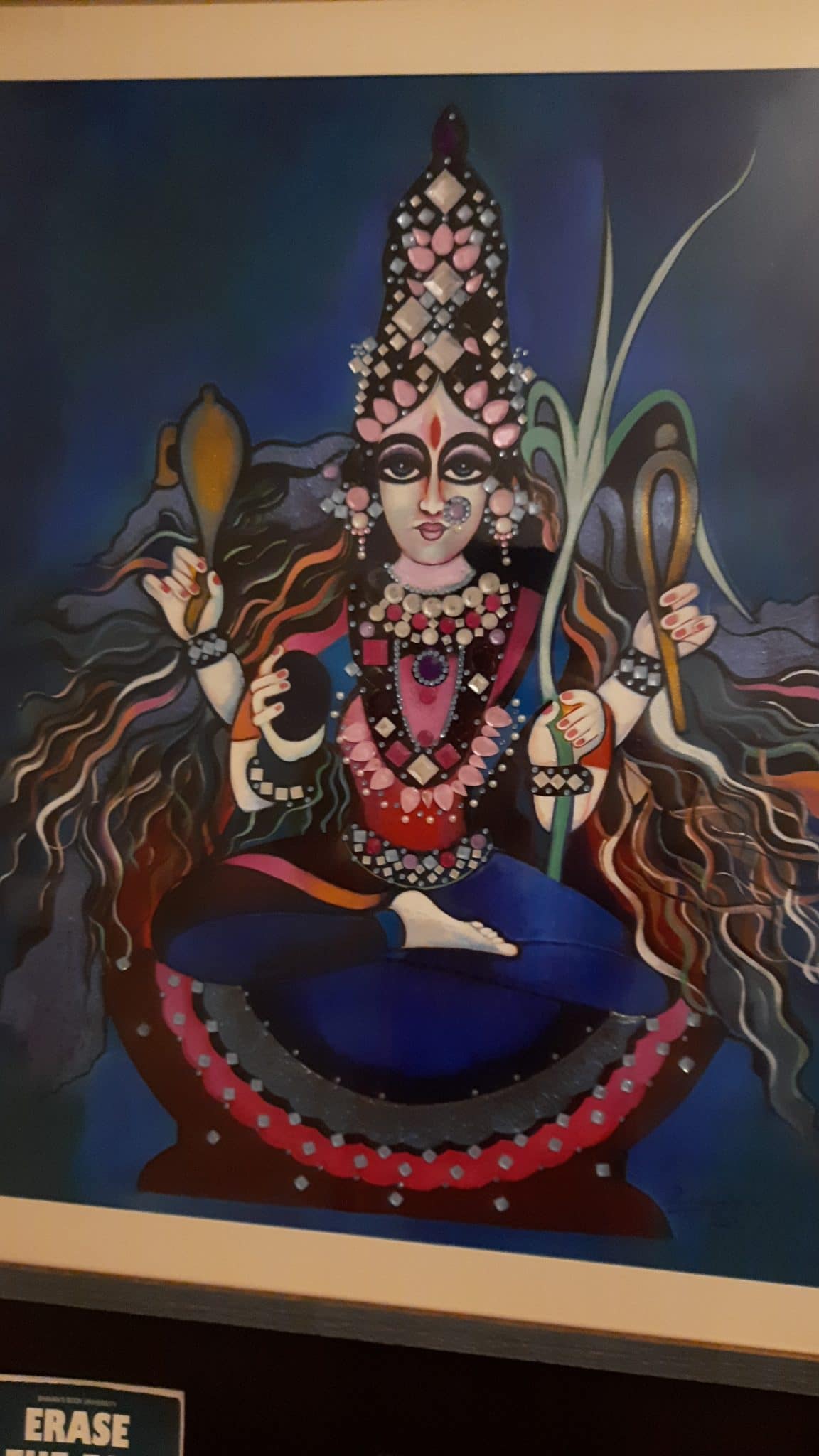 She Came Flying for Me from Germany

With no credit card ,debit card ,net banking or paytm ,and authorities not accepting cash ,I dint know how to pay the Duty for my parcel

In 2019 after I became meeraOm from meera ,Swamiji graced me with company of Ravi ,Dr Sandhya ,,Dr Anu and Mansi all our co devotees whos Isht is Devi Maa! Though Maa has always loved me…akhir she is Maa , I alway connected to her Divine Swaroop in form of Brother Hanumanji or later the formless Gurudwara! Anyway as grace would have it ,i was part of Mother Divine Group …a watts app group by Swamiji s devotees who after Devi Bhagwat by Swamiji in April 2019 started expounding on each name of Maa Lalita each day ( still onn with her grace we r on name 691 today) . During this period on you tube discourse of Swamiji i met a very devoted Saadhika from Germany…Kalawathi ! She had asked and expressed her love for Mother Divine! I posted her certain Satsangs by Dr Anu on origin of Lalita sahasranaam and explanations on Mother s each name aswelll as made her part of mother divine group! On one such occasion she told me ,by listening to these Satsangs her heart over flows with love for Maa and she draws her paintings. That was December 2019 and i had to shift my house on march 2020 to a new location ,with all my innocence or ignorance with all my right i asked Kalawathi who was usualy very no nonsense and reserved person, to draw and paint Maa for my Pooja! Till then i never knew Kalawathi is a professional painter and earns her lively hood with this.Any ways we dint talk as much ,only in February 2020 beginning she asked me my postal adress as she told me ,she wanted to post me the painting of Maa i had requested! I was overwhelmed aswell embaressed that she took it so seriously, anyways i told Kalawathi the adress and asked her how much i need to pay for it? She lovingly said,donate something at ashram and keep it as a gift from me! When she sent me the courier slip of the big parcel she had sent, i realized, instead of my adress of green park extension, i had given adress incorrect mentioning green park main. Our adress corosponded with Maruti show room s adress only extension and main difference,so next 15 days the guard of Maruti show room became my best friend having my land line and mobile number to inform as soon as he gets a parcel with my name! He didn’t have a mail id or i would have ensured he has my mail id too ,any ways no parcel came but from enforcement department a letter came to claim our parcel and give duty on 20.2.20 , my husband being a very cautious Lawyer took my big class and also told my Father in law now we would be termed smugglers and prisoned ! I said i ll get a letter from Kalawathi telling its a painting as a gift but no man and that to lawyer buys an argument if he is Uddhav! Any ways i just never went to the department but asked a co devotee Kavita Gobindo to help me ,she was very helpful but only said she ll get the courier returned to sender! My chattering mind thought maybe i m not yet ready for Mother s grace to be in my altar! Anyways from March 13 th 2020 India was under lock down ,and i too forgot about the painting our shifting plans too deffered till just after Navratri in October 2020 ,the Post man rung the bell and asked 8000 rs as duty charges for a parcel in my name ,my husband and inlaws were not as humble with this and wanted to return the unwanted parcel but Maa had her plans..
She had to be with us,since my biological Maa had given me 11000 rs as a Shagun to shift in new house ,i gave post man 8000 rs from that though 2 to 3 days were very heavy on me with very less earning due to carona and my spending such big amount at each talk i was reminded my foolish spending habbits! also due to scare of carona ,Maa was in hot sun in balcony in gray hard card board box and i could have her darshan after 5 days bathing the box with sanetizers! My maa had always been with me only her unworthy daughter never realised her presence but Maa came to always be with me in physical swaroop too! Kalawathi never took my call even to take gratitude or thanks! I wish she and her family r safe and in bliss!

94 comments on this post. Please login to view member comments and participate in the discussion.