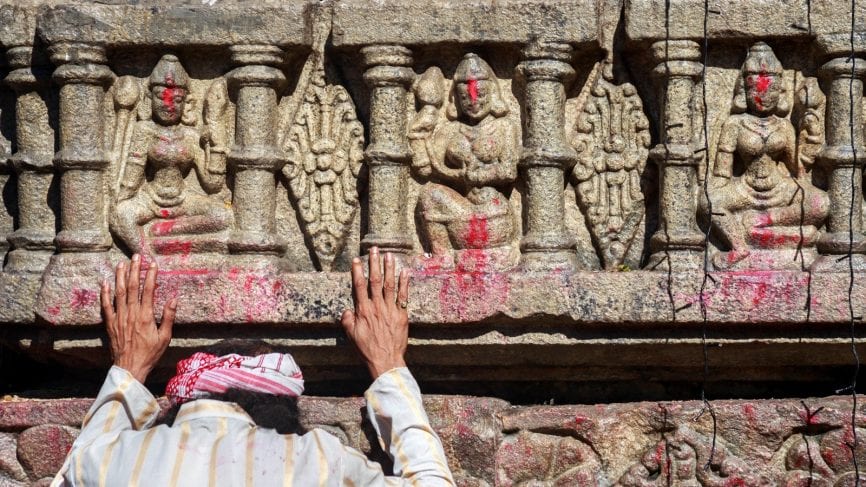 She Did Come, When He Cried Out for Help

A small incident in my father's life changed his entire world

My father has been a stanch believer of Kamakhya Maa, since time immemorial. This incident took place in 2016, when I was just 16 years old. He is a government officer. He was travelling to Guwahati via New Delhi, for he had been transferred to the Shillong office. But before proceeding to a new place, he wanted to visit Devi Maa.

On 28th march, my father packed all his belongings and left for the airport, bidding us farewell. His flight was scheduled for 9.30pm but he took off early as he had some official work at the bank to tend to. On his way to the airport, he made the driver stop the car at a nearby ATM.

My father was carrying a small briefcase with him. It had extremely valuable documents, official identity card, his flight tickets to Guwahati, passport, other cards, some cash, his property papers, and some personal documents of one of his seniors, for whose work he had to visit the bank.

The briefcase was kept in the passenger seat, next to the driver, and the window was open.

My father had been standing in the ATM queue for barely five minutes, when the cab driver came running towards him and told him that somebody had stolen the briefcase! My father was shocked, het started sweating heavily, and didn’t know what to do next.

He immediately went to the bank to get his cards blocked, and sent the driver to the police station to report the theft immediately. He didn’t know what to do next; he had lost everything, including the personal documents of his senior.

At the bank, while my father was getting the cards blocked, his eyes welled up. He didn’t know what to tell the senior, and he was also worried about our property papers. He just couldn’t control himself. At that moment , he closed his eyes and asked Kamakhya Maa if all that was happening because She didn’t want him to “come and see” her? Tears rolled down his face. The man at the counter consoled my father to not worry, and that they will do everything they could to help him.

After 10 mins of this, my father received a phone call from a stranger. He informed my father that he was a factory worker, and that he found his documents lying in the forest near his factory.

My father started feeling even more emotional. He rushed to the location. Once there,  he found all of his documents — his passport, plane tickets, property papers, and even the documents of his senior — lying around. The cash was gone, but it was nothing compared to the precious documents.

He found documents of other people lying around too, whose belongings might have been stolen in the past. He collected those as well to return those to the concerned people. The documents were all in good condition.

When he asked the factor worker who had given him a call, the factory worker said that he heard a loud sound like that of a transformer blasting in the forest. When he came out to investigate, he found that the transformer was all fine, but he saw all these papers lying around. He picked one and rang the contact number on it, that paper happened to be my father’s!

My father hugged the man, and gave him his personal contact number to contact him in case he ever needed any help. Then, my father called up my mother, and told her about everything that had happened.

Oh! Yes, he did catch the flight on time and reached Guwahati safely and also visited Kamakhya Maa the same day. Since that day, my father has NOT been the same. He has changed. The magnitude of impact that this incident has had on my father and us, is very strong.

The real feel of that sudden call from a stranger after crying out to Devi Maa for help, is unexplainable. The way I have narrated the series of events is nothing compared to what exactly it felt like in real life! However, since then, we are sure about one thing — she is looking after us, every second and every moment of our lives.

She does come, she really does, when you call out to her.

Just a normal being like you. Who likes to study and be good.


Login with Email
No Account? Create One
A victim of Mad World
Is censorship the death of content creativity?