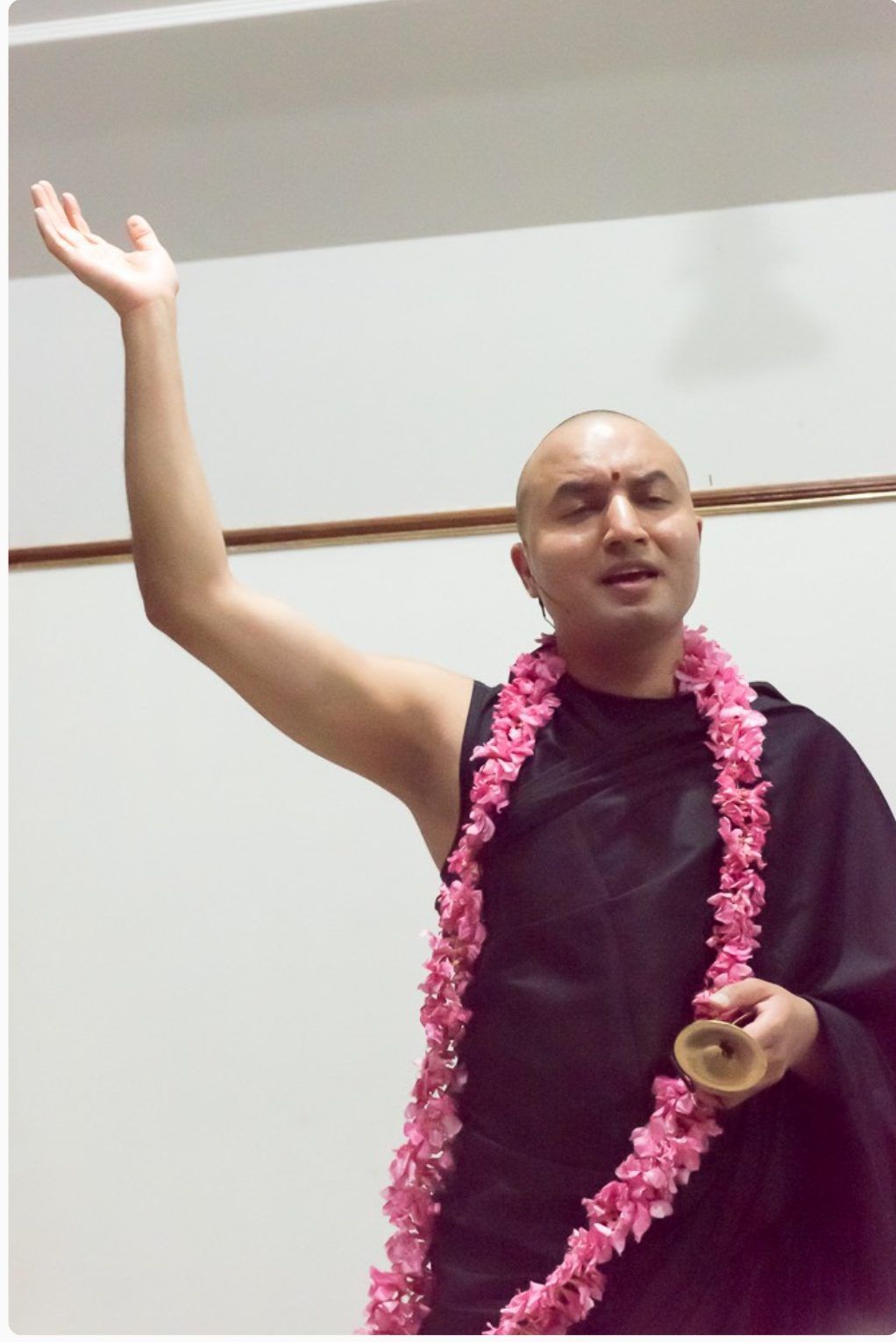 She Doesn’t Want to Look at Him…

His Heart Silently waits for Her Love ❤

Mother – Oh Madhvi… You heard of that lad in the village? Don’t ever look at Him. Misfortune will fall on you!

Mother continued…, “He is but the advent of your misery and hardship. No one rests once they set their eyes on Him. I say this, for you and your well being.”

Madhvi – As you say mother.

Madhvi kept herself under veil, as to not glance at the mesmerizing lad in the village.

Hiding at the banks of Yamuna… Walking carefully on the path back to her home… She made sure and protected herself from His vision.

He knew it all. Her hesitation. Her concerns.

At the corner of His lips lay mild smile, seeing her walk so carefully saving her from him! He giggled. His heart knows her more than she does about herself but how will she know ever He yearned for Her look and love in those glances. How and when will she realise?

How can HE have such yearning… He is the The Lord Of Three Worlds!!!

She saved her well… Until the storms and the heavy rainfall fell on the land of Vrindavan. There was No Solace but Giriraj….

The land of Vrindavan was under wrath and calamity of Indra… His arrogance had engulfed any sense left in him.

Here Madhavi running and making her way seeing other running in the direction of Giriraj. She hurried. Her lovely pink skirt, all drenched… The head cover she wore gave her some respite from the pinching shower of rain striking her gentle face under the veil. The same veil that separated the two.

As she neared the mountain and found her way under the mighty mountain, the flowing winds had took off her veil. Her dupatta flew… She had just raised her face looking at the flying dupatta and as her hand reached to grab the flying beast of a veil, her eyes fell on the tiny finger… As if under spell and having found her lost treasure…such lovely finger…

Her eyes hurries and impatiently slides over to his shoulder and then neck to finally set on His face. As if her eyes moved with the pace of her beautiful beating heart.

Madhvi – Aye Sakhi… Who is He? Holding Giriraj on His little finger…?

Sakhi – Oh Sakhi, Madhvi.. He is the lad, the very lad you escape day and night.. Not wanting to look at and saving yourself from.

He is the One. He is That One!

Madhvi turns with a smile on her lips. Her heart is dazzled and her smile is full. Her eyes glances at Lord’s face.

As His face through the way of her eyes enter her being from head to toe, her entire body breaks in pieces with Love. Remorse and rejoice is experienced at the same time…

Oh Mother what did you do? Asked me to not look at Him? How much time have I wasted! Why Mother? Why!?

Madhvi… Her drenched skirts drips little drops of water. Her body experiencing drizzle of rain and of Love…. She was soaking herself in His grace and aura. Her eyes speaking language of – Love, yearning and content all at the same time.

The dupatta that she had got hold of, effortlessly she released it – For Forever. ❤

No one could separate them.

Her yearning for Him could not be quenched in this life…. And hence, was born Meera Bai to give a closure to the Love – A Closure that would give way to an Eternal Bond of Love and Devotion.