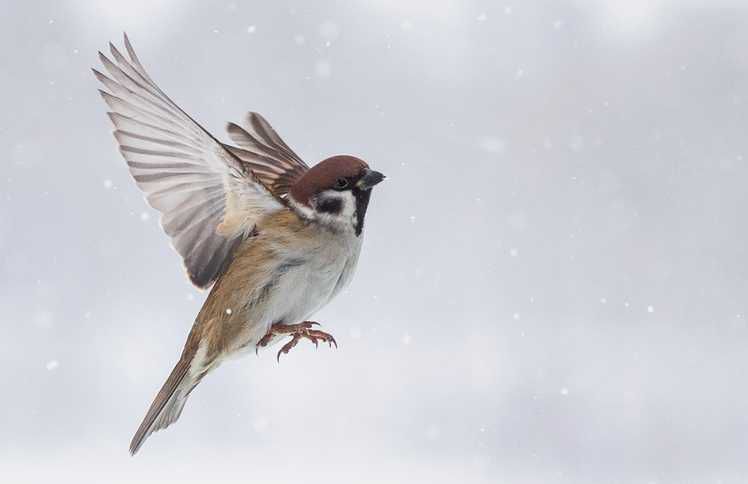 She Rose, Fell and Ascended

“Ungrateful! That’s what you are – the whole lot!”

She wasn’t liking the conversation. She wanted to escape but she knew she couldn’t. He would know exactly where she was and would continue to talk. It was better to have the talk. She only wondered, “Why me?”

As if he understood, he continued, “I think you are more intelligent than the rest, you have shown more understanding of the way things are.”

“And why do you say that?” her irritation was evident.

He was determined, “Every time you pick what you need, you say a prayer. I hear it. It’s a rare quality.”

Praise works. The little sparrow didn’t realize this. Her chest puffed up. Maybe the Earth wasn’t wrong after all. She was different. She felt respect and gratitude for the Earth for bestowing her food and water. He deserved that much. That’s why he had chosen to talk to her.

“But that’s the way we are made to be – isn’t it?” she countered him, less harsh now. What he was asking her to do seemed completely out of place.

“Rubbish!” he said. “There is no such thing as ‘we are made to be’. Everyone evolves. Living beings can decide their own fate. There are more creatures living off my soil than up there in the air. You all ought to give up flying and adapt like the land beings. I protect them all, I nourish them all and I sustain them all. What are a few more to me? The Sky has nothing to offer to you – no food, no shelter. You have to rest on my soil or trees growing on my soil. Why not start living off my soil all the time. This whole concept of flying around was brought in by the Sky to confuse poor creatures like you. He is jealous that he cannot sustain life. As a consolation, the Creator let birds fly to give him company. But that is no reason why birds should not seek life’s pleasures from Me – the Earth all the time. Change now, you would see.”

The Sky was hearing too. He blew softly into the sparrow’s ears telling her not to listen. But the Sky was soft-spoken and gentle.

“Consider this,” continued the Earth. “I will continue to feed you no matter what you decide. I’m magnanimous.”

“Don’t listen,” she seemed to hear the Sky. The voice was faint and gentle. “Listen to your heart.” It seemed to say.

“So, what should I be doing?” she asked in resignation.

“Build a nest, use pebbles and twigs in addition to grass and straw. Build it under that boulder over there. Walk around, enjoy the food you find in this forest – berries, worms, anything. Just don’t fly away. I’m sure the others will see the point soon. You don’t have to be up in the air anymore spending all your energy against the wind. Your food is here, just stay here.”

“Not everyone is safe here,” she said nervously. “You also host a number of predators.”

“Life is balanced,” replied Earth. “They have to live too. You should consider the better interests of your kind rather than worry only about your own well-being. Set the trend, little one. All birds will benefit in the long term.”

She waited to see if the Sky was saying anything but her intuition was failing and the Earth was strong. She puffed with pride at the thought of being a trend-setter. One who would change the way of birds.

The Sky knew it wasn’t the time. He had to wait.

The sparrow built its nest under the boulder. She felt safe. Earth was huge and he sustained all life. She had nothing to be afraid and soon, other sparrows would follow suit too.

She asked Earth if she could invite the others.

“Wait! They will come when the time is right. You need to set the example first,” Earth was firm about this.

“Best to trust him,” she thought. The evening set in. Her friends were returning to their nests. A few called out to her. Earth was seeing and hearing everything. Under his instructions, she told them, her plans to stay on the ground. They were puzzled. Some scoffed at her, some laughed, some wished her well. No one offered to stay with her. She felt lonely and sad.

“Setting a path for others isn’t easy. It takes sacrifice and I’m sure you have the courage,” Earth said emphatically when he saw she was preparing to take flight. How she wished, she wasn’t the chosen one but what had to be done, had to be done.

A rabbit came scurrying by. She looked at the sparrow and cocked her head just as much as a rabbit could do and flattened her ears. The sparrow felt really awkward.

“This is no place for you,” said the rabbit. “There are better ways of dying than becoming prey.” The scoff was evident.

“I’ve given up flying,” the sparrow clarified her intent. Proving someone wrong lends a lot of courage and resolve. “I’m a ground creature from now on.”

The rabbit’s whiskers twitched. The teeth seemed for an instant longer. Or was it the determined sparrow’s imagination! “Best wishes,” hailed the rabbit. “Hope you see the light soon.” She scurried away without turning back. The sparrow pecked away at the ground and settled for the night. She kept vigil for a while till sleep got the better of her.

She woke up to the morning and as was customary, stretched her wings to take flight when the Earth reminded her, “Welcome to your new life, little one.” The tone was ever so soft and kind, the sparrow was drawn to comply.

“Thanks for the reminder,” she said. “I am yet to get used to the new way of my life.”

“Always glad to help. Enjoy your day,” came the reply.

It was excruciating after an hour to not take wing and fly away. But now the sparrow was determined. She hopped, jumped, walked, preened herself but would not fly. The rabbit returned to see her. She looked at her straight in the eyes and she had to scamper away. The sparrow was truly becoming a ground creature.

At the end of the week, Earth said to her happily, “Another week and you will be completely used to this life. Ignore the taunts of your friends. I will get them back to you when the time is right.”

The cat appeared out of the bushes. It pounced and was in the air headed to her. She saw the menacing eyes, the sharp claws on the outstretched front legs, the exposed canines ready to dig into her. At that moment, there was no thought.

Before she knew it, she was flying fast in the Sky.

Her breath normalized and she looked down. An angry call came to her, “Get back here,” Earth said. “You coward. All you had to do is peck the cat in it’s face. I had told you, you could manage here.”

She landed on a dry branch befitting her state of mind. The Earth was still crying foul but with closed eyes, she only heard the Sky’s whisper, “Be yourself.”

She opened her eyes and respectfully told the Earth, “In spite of your best intent, it is not meant to be. It was my pride that made me feel I can do what I am not destined to.”

“You can make your destiny,” the Earth thundered back.

“Within the boundaries of my being, I will respect your words. I cannot be that which you ask which is contrary to the laws which govern my being. I realize my mistake and my pride is dried up like this branch I sit on. Forgive me.” she waited.

The tinkle of mild laughter sounded from the Sky. The Earth too was suddenly merry. “Well,” he said to the Sky, “you’ve been proved right.”

The Sky caressed the confused sparrow with a smooth flow of air. “It was a test, and I am glad you learnt my child. Pride makes one stray from one’s true nature. You can be the best sparrow but must respect all those other creatures. I think you have understood.”

The sparrow took short flight and landed on the soil to the Earth’s stillness. But now, the heaviness in her heart was gone. She felt at peace.

How Do I Convince Myself for Any Change
Some Poetry