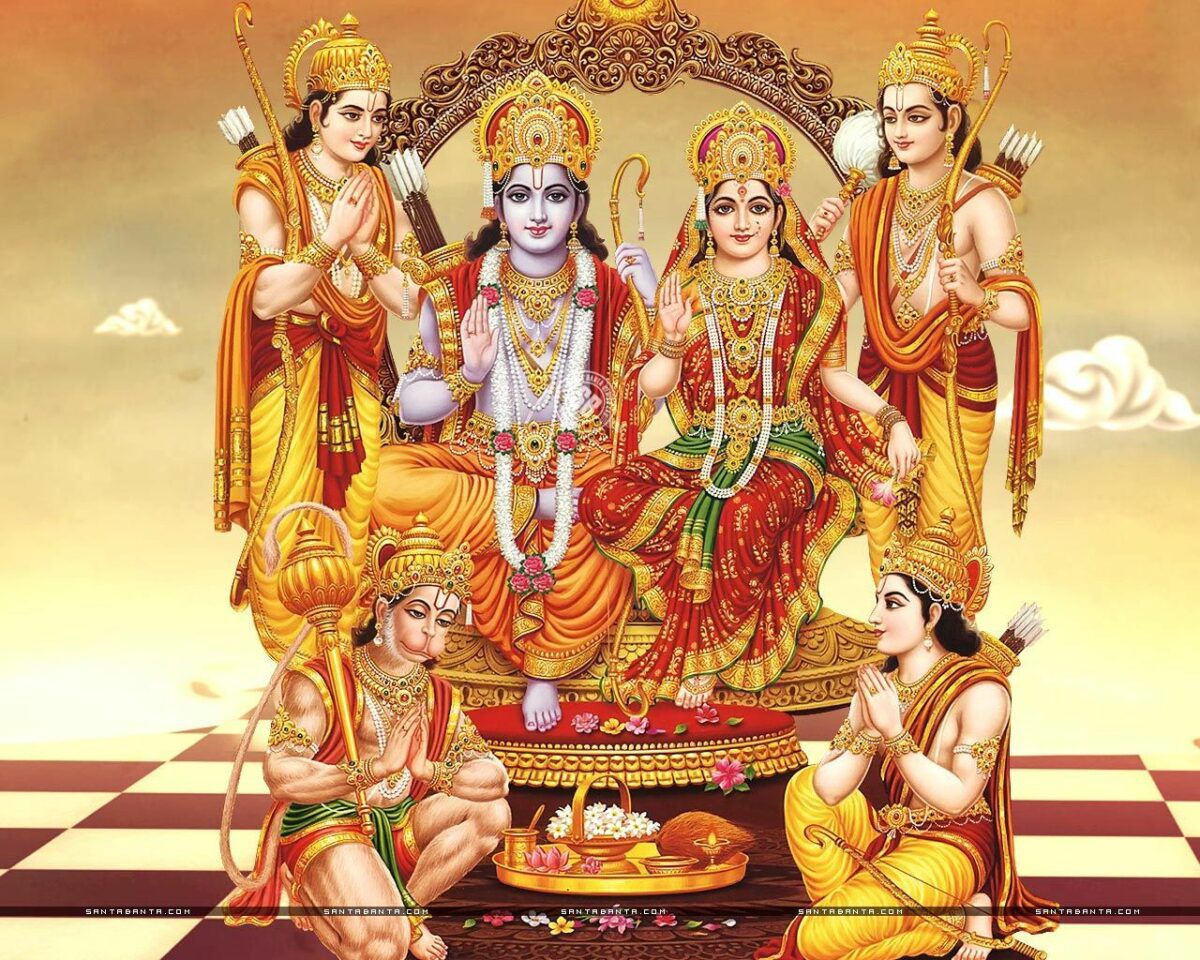 Lord Mahadeva said – Devi, I am thankful to you, you are a prime devotee of the Supreme Lord, so that you have got this desire to understand the truth concerning Him. You are a true devotee. Before today, no one had ever asked me this truth regarding Lord Shree RamChandra, which is an esoteric doctrine, extremely profound and subtle. Today you have asked me this question with devotion, hence I will answer you, with salutations for the Lord of Raghu lineage (Lord Shree RamChandra).

Without a doubt, Lord Shree RamChandra is beyond nature, is almighty, before everything, full of bliss, one without a second, and the best among men. Having projected this entire universe by his all-pervading power, the Maya, he dwells within and without just like the element ether (one of the 5 elements – ether, fire, air, water, earth). Thus, he is though the resident within all beings, He is completely hidden, from their vision, as He is their innermost Self, seated in everyone’s heart. He is the ultimate witness of all this Universe of His Maya’s creation. Just like a magnet induces movement in normally immovable iron blocks, in the same way, due to His presence, the entire world moves. Those who are ignorant about this cannot comprehend the glories and powers of Lord Shree RamChandra. Those nincompoops blame their ignorance on Lord Shree RamChandra, who is beyond Maya, is pure and most intelligent. In other words, they take Him as a common man, just like themselves, entangled in the pursuits of the continuous world such as money and lust. They fail to perceive Lord Shree RamChandra dwelling within their hearts, just as they fail to recognize the presence of their golden necklaces adorning their own necks. Practically, just as Sun can never be in darkness, Lord Shree RamChandra, who is beyond nature, ever-pure, eternal, blissful, self-luminous; can ever be ignorant? A man with defective eyesight, whose vision is spinning, sees the houses and other objects too as spinning. Similarly, a person deluded by his own mind, body, senses and ego, superimposing on the Supreme Self, assumes the role of a doer. The true nature of the Sun is continuous luminosity, hence in reality there is no day and night for the Sun. In the same way, for Lord Shree RamChandra who is the condensation of Pure Consciousness and entire Existence, how can there be knowledge and ignorance, the two changing states of the mind and ego? Lord Shree RamChandra is of the nature of pure-bliss-consciousness, that has no rise or fall (the dualities of mind). He is beyond the dualities of the mind and ego. He is the Master and Supreme Witness of the so-called knowledge & ignorance and not their victim, hence He is unaffected by them.

Images Are Dangerous!
Habbit of Running