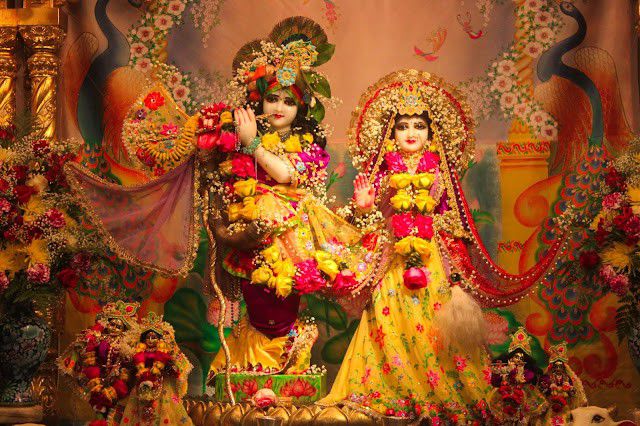 It all started in 2011, when for the first time my friend and younger brother Abhishek Srivastava told me about ISKCON. He was a student and devotee at ISKCON Pune and his talks about Shri Krishna and events at ISKCON Pune had mesmerized me. We used to discuss about the shlokas in the Geeta and such. In early 2012 I was asked to leave India again for an onsite project. So the first thing that I did was to look for places where I can visit Krishna. I was offered projects in Apple, California and SF, Bloomington. The latter was finalized first and landed in Bloomington, IL, United States. I had already seen that this place was close to Chicago, and hence I had made a program that I will visit 1716 W Lunt Ave, Chicago soon. So, I paid my first visit to Shri Krishna on the Memorial Day weekend in 2012.  As I expected I definitely spellbound to see the Lord there. Later on I visited the Lord in Orlando , Florida with friends. The two pics that I took are below: 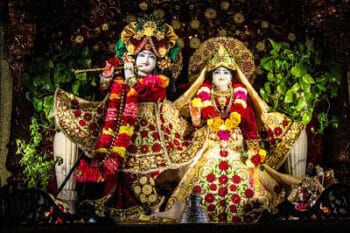 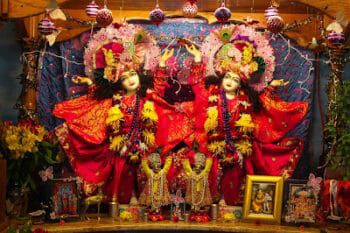 May be that was the time when Shri Krishna realized my enthusiasm and I fortunately met Vinod sir (we also know him as Vrindapati Das), though a friend of mine.  He organized Sanjeevani events every other weekend in Bloomington where people come and listen to his awesome lectures and stories from Shrimad Bhagwatam and ShrimaBhagwadGeeta.

And after that lunch prasadam is offered to the Lord. I still remember my first visit to his place. We celebrated Govardhan Pooja at his place, the story how Shri Krishna as a kid lifted the Gowardhan Parvat on his finger. Vinod sir narrated the story how Shri Krishna shattered Lord Indra’s arrogance. He also told other tales related to Gowardhan Pooja. The Mataji had actually made a Gowardhan Parvat with rice and other eatables. How did it look? Here it is: 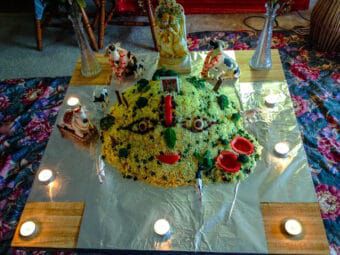 In the coming days we similarly celebrated Geeta Jayanti and other festivals too. Vinod sir narrated stories about Garbhodakshayi and Kshirodakshayi Vishnu and the manifestation of the Universe once. I got  a chance to meet with several learned and spiritual people. I must confess that I was a less of a visitor as compared to Navan, who is my room-mate. I think, he visited almost all programs, skipping just sometimes due to work.

After some months Sir told that there will be a trip to New Vrindavan. I was initially not sure that I would be able to visit, but finally, as Sir once said to me on IM chat – ‘Krishna has a plan for you’, hence I got this chance.

GURU or MASTER
Bhakti is Contagious.