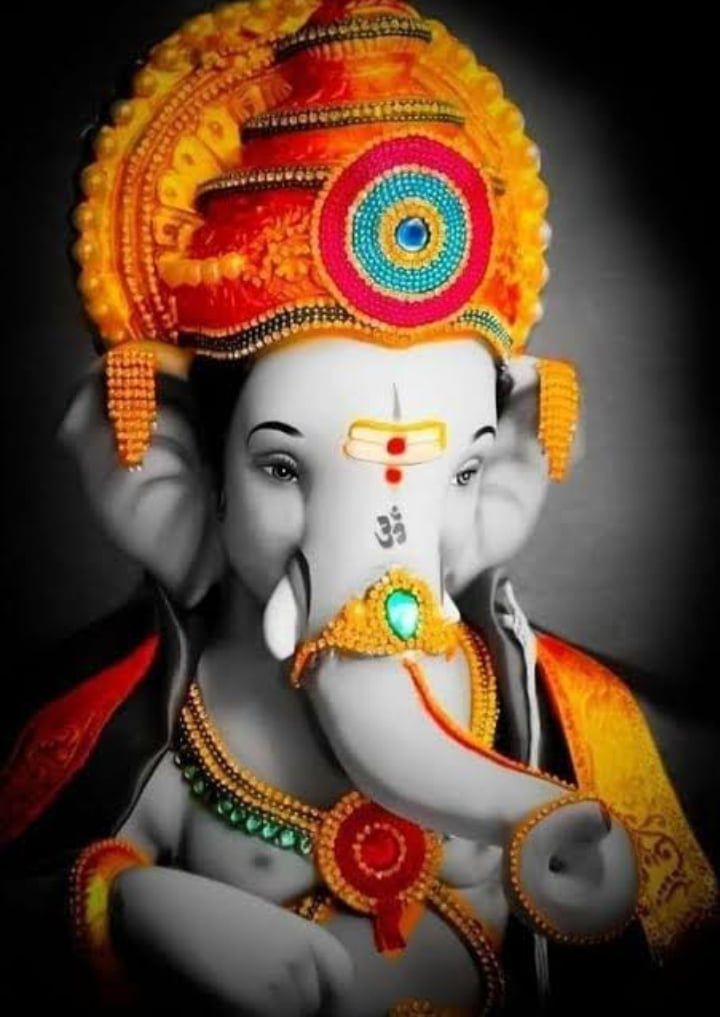 Lord ganesha is the visible representation of ‘tat tvam asi’, which means ‘That thou art’. Ganesha’s human body represents ‘tvam’, which means thou or you, the mortal being; which his elephant head represents ‘tat’, which means Brahman, the Supreme reality. The head and the body together signifies that there is no difference between the earthly existence of human beings and the cosmic reality.

When we become one with brahman, we begin to see others also as one with brahman.  This sacred doctrine is the foundation for mortality. Ganesha’s years which resembles large winnowing baskets, symbolize our conscience.  Just a winnowing basket is used to separate grains from dirt,  in the same way, conscience should be used to separate the ultimate truth from the delusions.  Such discrimination between real and unreal can be gained by listening to the scriptures. 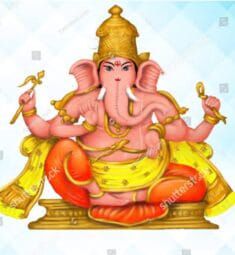 In his upper right hand, ganesha holds a goad, which helps him propel mankind on the eternal path of truth, wisdom and virtue.  With his goad, ganesha also removes obstacles from the way. The noose in his upper left hand is to capture all difficulties.