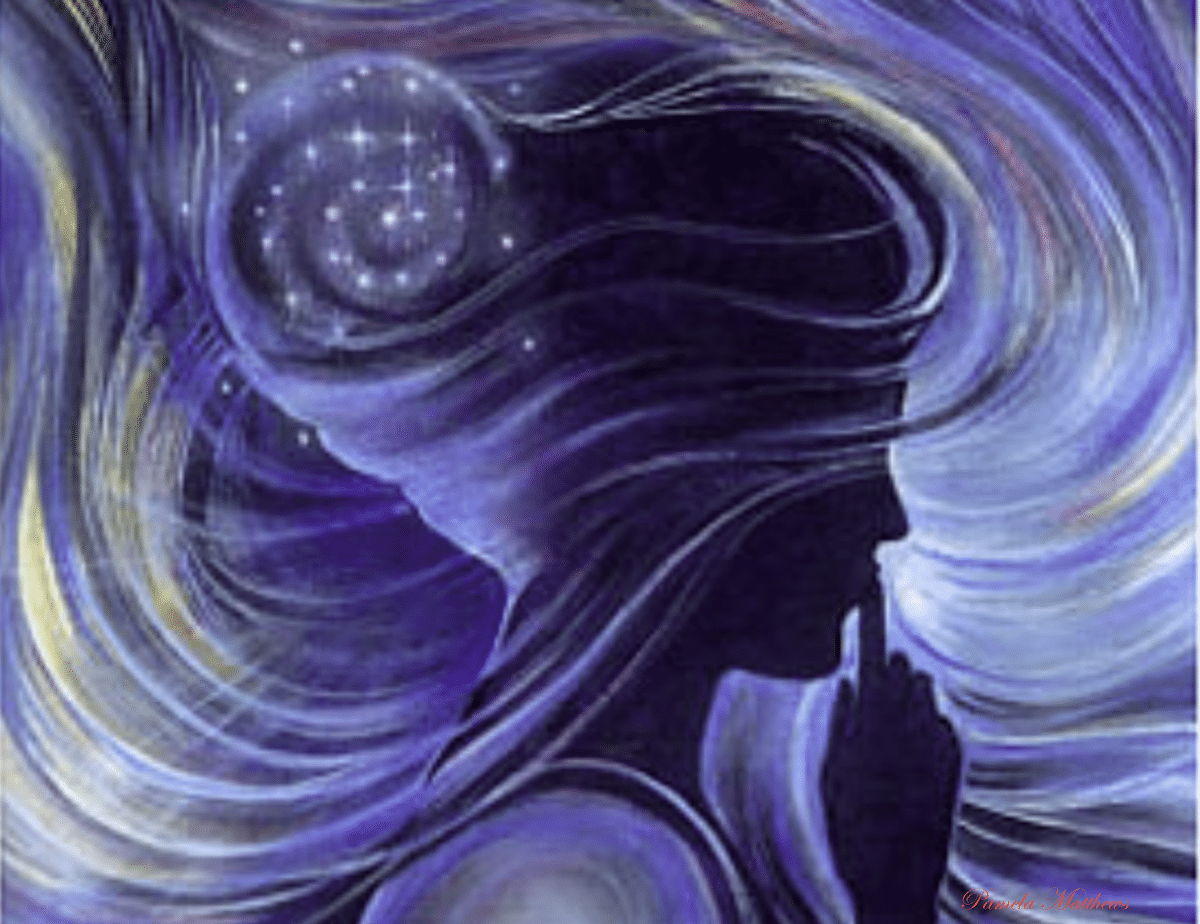 Silent Whispers of the Universe

(For some unknown reason, only part of my post got published a couple of days back, hence reposting it one more time. Very sorry about it. Hopefully, the entire blog will appear this time)

As usual for Monday mornings, everyone was exchanging their weekend stories in the office. I kept quiet. But then my colleague Reid came up to me and with a curiosity in his eyes inquired:

“Hey, are you ok? How was your weekend?”- he must have spotted something unusual on my face.

“Well,”- I said, “I have one good news and one bad news. Which one do you want me to start with first?”

“The good one, of course”- he seemed convinced.

“You know, on Saturday morning, I finally bought a bicycle, that I’ve been wanting to get for the last few weeks and…”

“And it was stolen the next day”- he interrupted me, as a true local New Yorker, without allowing me to even finish my sentence.

He didn’t know how to react to this for a second. But having “pierced” my facial expression, which was a give-away, that I had already accepted this fact, he started laughing. I joined in. We both laughed in disbelief. The speed at which everything moves in NYC is crazy!!! Not just relationships change hands at this speed, even bike ownerships do!

Well, I did get a chance to enjoy one ride on my newly purchased bike to the local farmers’ market to fetch some vegetables. I even managed to add a couple of accessories on my new “toy”- a basket in the front and a bell that said “I❤️my bike” (cling cling!). I then made my way to a coffee shop downtown to meet a friend for a late afternoon French language exchange class, that I was doing every Saturday.

Since I did hear stories that NYC was famous for professional bike thieves, I chain-locked my bicycle next to a huge pole just outside the window of the coffeeshop, so that I could keep an eye on it during my language class. Every few minutes I would lift my head up to check on my bicycle. Guess what? Only some 15-20 minutes had passed, I raised my head and I saw a naked pole!!! The very next moment I found myself on the street franticly looking around and chasing some other bike, thinking it was mine. (You can very well visualize the scene! 🙂 It’s funny how human instincts kick in in situations like this, and an action takes place before one can even think.)

My bike was gone! “Gone with the wind”! I was distraught! My head felt like that of a zombie. I could not believe this had just happened to me. Everything seemed like a haze- the same mental haze, that I experienced in NYC when running away from debris, after the twin towers collapsed. I was not sure, if it was a movie or reality. Brooding over it in my heart the whole Saturday evening, the next day I convinced myself that this must have happened for the good, and possibly saved me from some future bike accident. Not to mention the fact, that my attachment to things got tested one more time.

When events like this happen, I truly wonder, how to interpret these OR should I even attempt to make sense out of them. I understand that Life is a flow, and like a river it keeps running its course, embracing everything that comes along its way- good and bad, without rejecting anything. Yet, at the same time, I believe, that Life carries a lot of underlying silent messages in its expressions of multitude of forms through incidents like this.

I feel, that the Universe is talking to us all the time, only if we learn to tune into Her frequency and hear Her messages. In the above instance, She was possibly preventing me from some future bicycle mishap. What might have seemed like a misfortune at first sight, was probably a blessing in disguise. Naturally, not until I went against Her will, did I find out, why a particular incident had to happen. In fact, I refused to hear Her hisses many a times in my life and ended up getting severely bruised. I did not take Her messages seriously and rebelled against Her silent “warnings” on numerous occasions.

After the above event happened, I quickly forgot about it, and I was already on another bicycle in another country happily cycling, when one early morning I was met with an almost fatal accident- a car decided to turn right into me, as I was going downhill at a very high speed. By Divine Grace, I ended up with a few scratches only. So maybe after all, the previous happening in NYC was a red flag warning for me, with the Universe knocking on my door with a message: “no more bicycles for you; well, at least not for some time…”.

It actually amazes me, how the Universe is in constant communion with us. When I look back into my life, She has been conversing with me all the time, through so many different forms. I could go on telling you a million stories, but here I have purposefully chosen only one instrument (i.e. bicycles) to share the message and to show, that even the same omen can have a completely different “clue” for us on separate occasions.

Our only task is to provide enough empty space within ourselves for Her Highness to play the flute, so we can hear Her tunes, Her messages in their most pure form, without any additional noise, stemming from our personhood, emanating from our deep rooted tendencies of the mind, that are based on pure logic and are not (necessarily) on the same wavelength as the Universe’s voice.

It’s not easy at times, especially, when our survival in today’s society is conditioned primarily on the “fullness” of our individual identity. The more intellectually “clogged”, the more “personality full” we are, the more appealing we will appear to others, the more “likes” we will get, the more success we are promised to have in the 3D world. It’s not that simple to de-load ourselves of personhood and experience emptiness (our true nature!)- the very space within which Her intimate whispers take place. These are so delicate at times, that the minute the mind kicks in, She shuts down.

In another bicycle story, that took place a few years after the aforementioned one, the Universe had a completely opposite message for me. It took place in Southern China during the days, when my routine was to naturally get up before sunrise and go for a walk around the lake, right nearby my home, in the middle of a huge city.

So, as usual, one morning, I woke up just before the break of the dawn, and having finished my short morning ritual, I stepped out of the building for a walk. It was still semi-dark and normally there would not be a single soul around, apart from a few walkers, like me, at this hour.

As soon as I got out of my apartment premises, a few meters in front of me, I noticed a young man carrying a bicycle. Still not completely awake, I was trying to make sense of why this guy would be carrying a bicycle and not simply riding it. I noticed how my unexpected appearance made him feel uncomfortable. Caught by surprise to see another human being at this hour, he suddenly moved to the side, turned his back towards me and placed the bike on the ground. Having come to senses of what might be happening, I approached him and asked him bluntly:

“Are you trying to steal someone’s bicycle here?”

“For a pee with a bicycle in your hands?”- I don’t know where my courage was coming from, as this could have ended badly.

The next thing I knew, he left the bike standing and started running towards the entrance to escape the gated community premises (I truly have no idea, how he even got in there in the first place).

A sigh of relief got echoed in my heart centre – I “saved” someone’s bicycle. I was about to carry it back to the main bike parking area within the gated community premises. But when I lifted it up, something felt very familiar. I gave it one more look, and I could not believe my eyes!!! This was my bicycle!!! Still refusing to give credence to this fluke, I took out my home keys, that had my bicycle keys attached to it and tried to unlock it. Bingo! This was indeed my bicycle!!! I rolled it back to the respective bicycle parking area, which had some 30-40 similar looking bicycles parked there.

What were the chances of me stepping out that morning at this particular juncture of time, when my bicycle was being stolen? Had I gone down out of my building a few seconds later or a few seconds earlier, this incident would have had a completely different finale.

What would one call this? Grace? Inner guidance? Intuition? Coincidence? I call it, silent whispers of the Universe. In this instance, the Universe has given me Her protection in “preventing” me to depart from my two-wheeler.  Her Highness made me move at the perfect timing, the very same way She made me step out of my room during my yoga days in Mysore the moment a thief, who had silently sneaked into the apartment, was about to “pick up” my flatmate’s very expensive professional camera, lying on the kitchen table. Again, why did I leave my room in order to make myself a cup of tea in the kitchen at that particular moment? Why not a few seconds/minutes earlier or a few seconds/minutes later? Was it some inner voice guiding me? How come?

The Universe’s web “catches” our every single move – not a single act, thought, intention, emotion of ours escapes Her net. She then responds in return with a “customized message”, employing gross and subtle forms in Her mysterious workings. Our only task is to tune ourselves into Her frequency in order to hear Her silent whispers (and then try to figure out, if these are omens OR tests on our paths :). Om.

Alice In The Wonderland Of Publishing !!!
Upanishads – Part 2