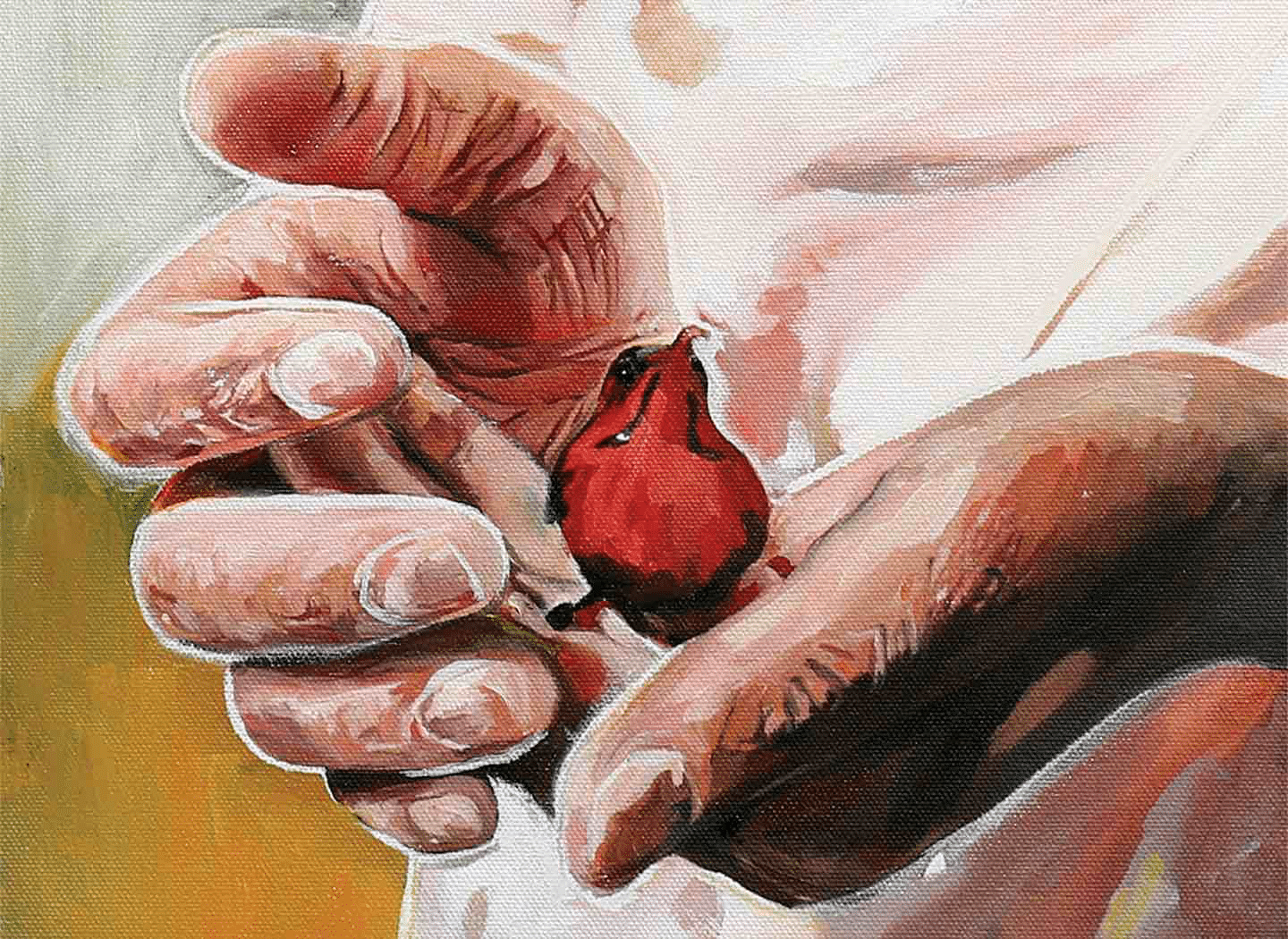 The Creatrix who rocks the cradle of this infinite Universe has room for you in Her lap.

Now that I look back, the dots do get connected. The Path, the journey…they have given me some beautiful experiences along the way. When we take a single sincere step towards our Isht, He/She/It takes a hundred steps towards us. With time, the Presence become so real that there is hardly any moment bereft of that Grace. 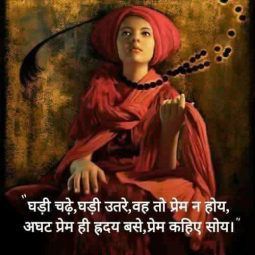 If we forget Him for sometime (Mundane life and its works! Life is a bad boi in the eyes of a lazy racoon like me!), He will actually and literally take the effort to pop up here and there just to remind us of His Presence.

He might take the form of a gentle breeze and caress our hair out of nowhere or He might just transform into a song that can remind us of Him and start playing in our minds or He will take some concrete step…somebody might come and mention about Him and all of a sudden, we are reminded of Him and He be like, “Hello there! Miss me?”.

There are ways in which our Isht starts to ‘disturb’ us once we have formed that bond with Him. I say ‘disturb’ because at times that is what He does (Bummer He is at times!). I have my exam in two months and He just wont let me study. All He wants is to spend time…

We both are fluent in Silence. We just sit quietly with each other and do absolutely nothing. That is our favorite pass time (These yogis I tell you! On top of that, He is Aadiyogi, that dad of all of the Mute ones! )

I am actually compelled to shout at Shiva every now and then to get out of my mind and the sweetpie that He is, He readily leaves only to pop up again in sometime!

But does Bhakti affect my studies? Yes, it does. Drastically. It reduces the required time period and increases the efficiency exponentially.

Bhakti is not different from Meditation. Being thoughtless (Meditation) and being able to stick to just one thought/bhaav (Bhakti) leads us to the same state, I guess.

Meditation is a tool a Yogi uses to achieve that one-pointed concentration which makes him super efficient and renders him that superhuman speed in doing work. In Bhakti, your Isht will deliberately bestow that on you because He wants to spend time with you! He will make sure you get done with all the other stuff as quickly as possible. Pyar Jo na Karwaa De!

I couldn’t be more wrong when I thought I ‘knew’ Shiva. To know something is to limit it. We know the laws of thermodynamics. There are 4 of them. Unless we are reincarnations of Clausius, Thomson and others, we know that we ‘know’ the 4 laws and that’s about it. Nothing can be done about that. Limit.

And can we really limit the one from whom all the limits manifested, The Limitless?

He is the ultimate cause of the Universe; the one who manifests everything by creating commotion in Purush-Prakriti, the masculine and feminine aspects of the Universe. He holds Shri or the Creation in His womb. The One whose form, ability and actions can never be known in their entirety, He is the ultimate reason behind all reasons. The doer, the transformer and the one who keeps Himself shrouded in a mysterious veil of His own Maaya thus preventing Himself to be known. (भयंकर Adventure-lover हैं, भई, ये!)

My truth? Do I ‘know’ Shiva? No, He can’t be ‘known’. He can just be felt and then realised and then merged into.

What Shiva ‘does’ and ‘does not do’…how can these ever be enlisted?

If nectar is His, whose is the poison! If Buddha and Meera was His, to whom did Taimur and Hilter belong?

Everything that comes under the purview of Creation, Sustenance, Destruction, Concealment and Grace, yes, He does them all. Good-bad, right-wrong, moral-immoral. Everything.

He steals with the thief, chases the thief as police and He punishes the very thief sitting inside the Judge.

If there is anything which is beyond the scope of the above 5 (Creation, Sustenance, Destruction, Concealment and Grace) that will be something that He doesn’t do.

All our lives, we keep chasing people and things. We seek permanent solace in temporary stuff and people and call ourselves grownups and matured. Our ignorance is far more profound than our knowledge. There IS hope. There is someone…some entity…some energy…call it what you like…whose love for you will never fade. You give Him your ‘one’ and He will give you His ‘all’. Only the Eternal can love you Eternally. Claim that love today. Claim that bond today. Claim the One you actually belong to. Claim the True Love of your life. Claim Him/Her and your life will never ever be the same again. Let Her play with you the way She played with Ramkrushna. Let Him lick your cheek the way He licked Prahalad’s. Let Him rejoice in your melodies the way He rejoiced in Meera’s. Let Him come to your heart and eat your defiled food like He did with Shabri’s. Nah! Don’t let your low self-esteem tell you otherwise. He created you. You ARE worthy of Him. Love can wash away all the dirt accumulated over lifetimes.

The Creatrix who rocks the cradle of this infinite Universe has room for you in Her lap. Claim the peace, the joy, the bliss, the love. You deserve it.

The Boon of “Sorrow” and “Temporary World”
The Arrival of Covid, Its Stay and Our Maturity