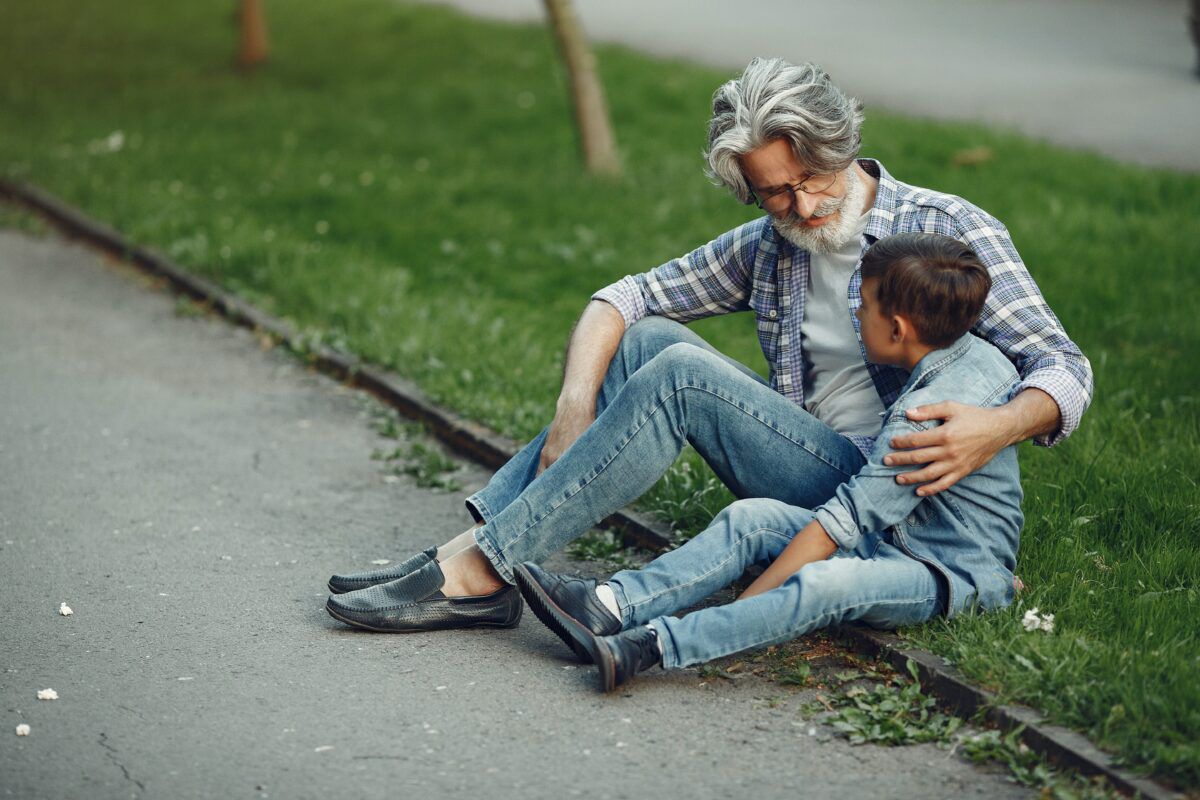 Strength is not in not needing anybody, it is in accepting that you need people.

The lone man who sat hunched in the park had an unusual gleam in his eyes, he slowly munched on a chocolate bar as he took in his surroundings. Middle-aged men and women walked in groups of three or four gossiping about their work, a bunch of teens were sitting on the grass giggling, and some kids were playing soccer at the far end, but his attention was caught by a kid who like him was sitting alone. The child looked no older than eleven, his eyebrows were furrowed and his arms were crossed as if he was cross with the whole world. The man smiled.

He slowly walked towards the child and sat next to him. Reaching into his pocket the stranger took out another chocolate bar.
“Would you like some chocolate?” he asked offering the chocolate to the child.
“Chocolate is not good for you,” said the child, but took the chocolate.
“What’s your name?” asked the man his smile wider, he was amused by the child.
“Aarav” replied the child without looking at the man, his attention fixed on the wrapper of the chocolate which he was struggling to open.

“Do you want me to help you open that?”
Aarav handed over the chocolate. “So, why are you sitting here all alone?” asked the man handing back the chocolate. Aarav broke off two pieces and gave them to the man.
“I ran away”
“You did?”
“Yes, I will go somewhere distant, far from everybody I know,” said Aarav suddenly proud, as if he had just realized that he had something big. “You see that white house” he continued pointing at a house in the neighbourhood. “That’s my house.”

“Why did you run away?”
“I haven’t been doing my homework, playing is much more fun, nobody understands that. I have my parents-teacher meeting on Monday, I know that the teachers will complain about it to my parents. Which is why…”
“You ran away” the man completed the sentence for Aarav.
“Yes, anyway I don’t need anybody. I can look after myself, also I can teach myself by reading books.”

“I am sure you have it all planned out. Tell me something, have you ever jumped in a puddle?”
Aarav nodded in reply.

“I am sure your shoes and clothes must be dirty as a result, but it was fun wasn’t it?” Seeing another nod the man continued. “You see, doing things we regret like not doing your homework is like jumping in a puddle. It is fun to jump into a puddle or two once in a while, sometimes we want to jump into every puddle we see, but that too is okay. What is more important is that you clean up afterwards. Face things don’t run away, closing eyes like a pigeon won’t save you from getting hurt, it will just rob you of your chance to dodge the blow.”

“You are telling me to go back and get punished!” asked Aarav confused not only about the suggestion but also the long monologue which he understood only partially. Seeing a nod from the man he continued. “I don’t need to face my problems that way, I can just run and take care of myself, I don’t need anybody or anybody’s advice,” said the child pointing at the man.

“Okay, if you say so, but let me tell you something. Strength is not in not needing anybody, it is in accepting that you need people.” the man said deep in thought, who was now talking more to himself than the boy.
“I am strong.”
“Yes, you are.”
“Will, I still need to do my homework?” asked the boy after a long pause.
Seeing the man nod the boy got up. “Do you want me to take you home?” asked the man.
“Yes. Can I also have some more chocolate?”
The man reached into his pocket as both of them walked together deep in thought, knowing what they needed to do.

Divyansh asked in Self 8mo ago

Sanjay B replied 8mo ago