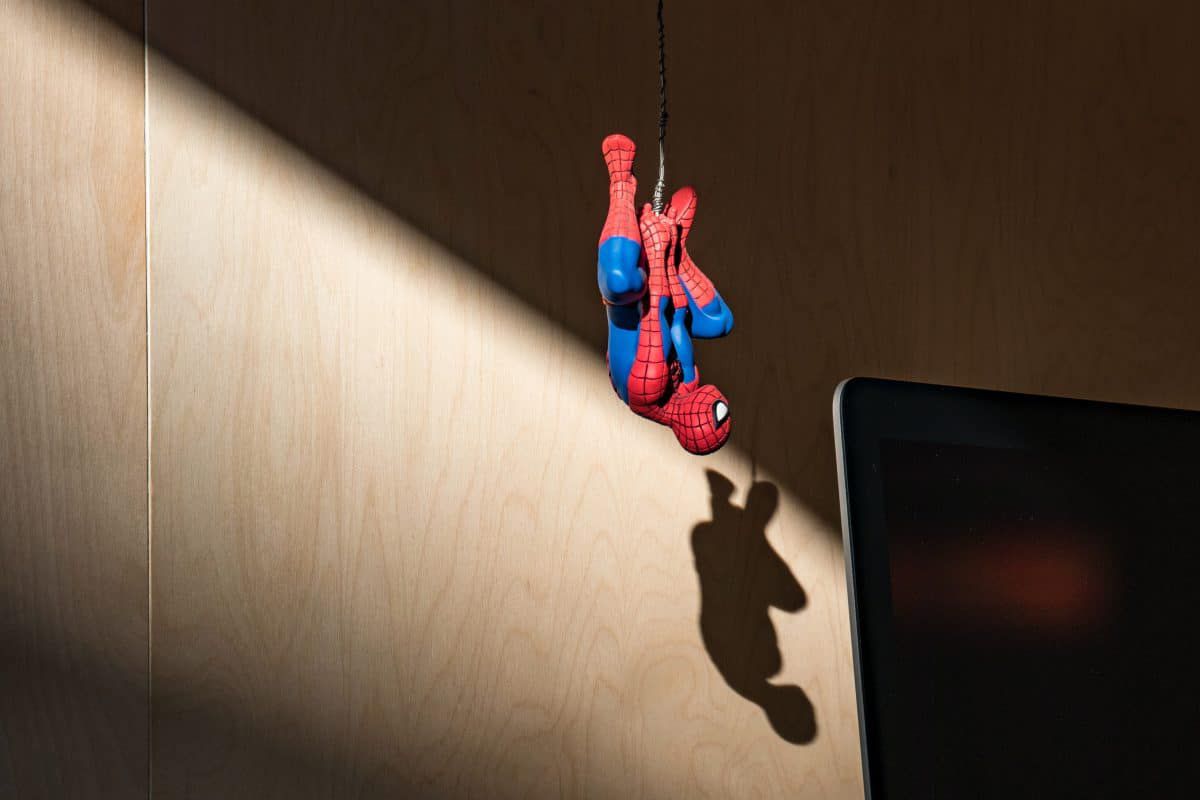 Wherever there's a hang-up, You'll find the Spiderman!

Venom, the villain locked us in a small cage as soon as he kicked Spider-Man far away. Spider-Man got up and hurriedly came towards us to help us, Venom stopped him in midway where they had a good fight. He punched hard and Spider-Man fell off. We were not able to see Spider-Man. We were worried about Spider-Man. With lightening speed, Venom came towards us and pushed the cage. Now, we were worried about our lives too. The cage tumbled and tumbled, and started falling steeply from the rooftop of a high rising building towards the ground. The caged crowd was screaming loudly and shouting for help. However, I was calm and serene as I was sure Spider man would come to save us. Amongst all those chaos, my mind was busy singing ‘Spiderman, Spiderman! Wherever there’s a hang-up, You’ll find the Spiderman!’ And just before the cage hit the ground, he was right there with his spider webs to hold us from falling any further and hitting hard against the road. Everybody breathed a sigh of relief!

More than a decade ago, I experienced this in the spider man 7D movie theater in Universal Studios in Orlando, Florida.

In this incidence, I was quite sure my super hero would come and save me. Simultaneously my mind was aware of the ‘modern maya’ created by high-tech videos and special effects. The artificial environment was created to produce the effect of false reality, a story that minds believed.

In this story, the disciple was sure that his super hero, his Guru would save him before anything horrific happened. His mind was also aware of the false worldly illusion known as Maya. Swami Sivananda says, “That which truly is not, but appears to be, is Maya. Maya is neither true nor false. It is truly false and falsely true. It is neither real nor unreal.” He further suggested the way to control it, “Control of mind is control of Maya. Control of Maya is control of mind. Maya plays through mind. Maya havocs through mind. Maya vanishes entirely as soon as the knowledge of Supreme Self dawns.”

Tobey is my favourite spider man, and yours?