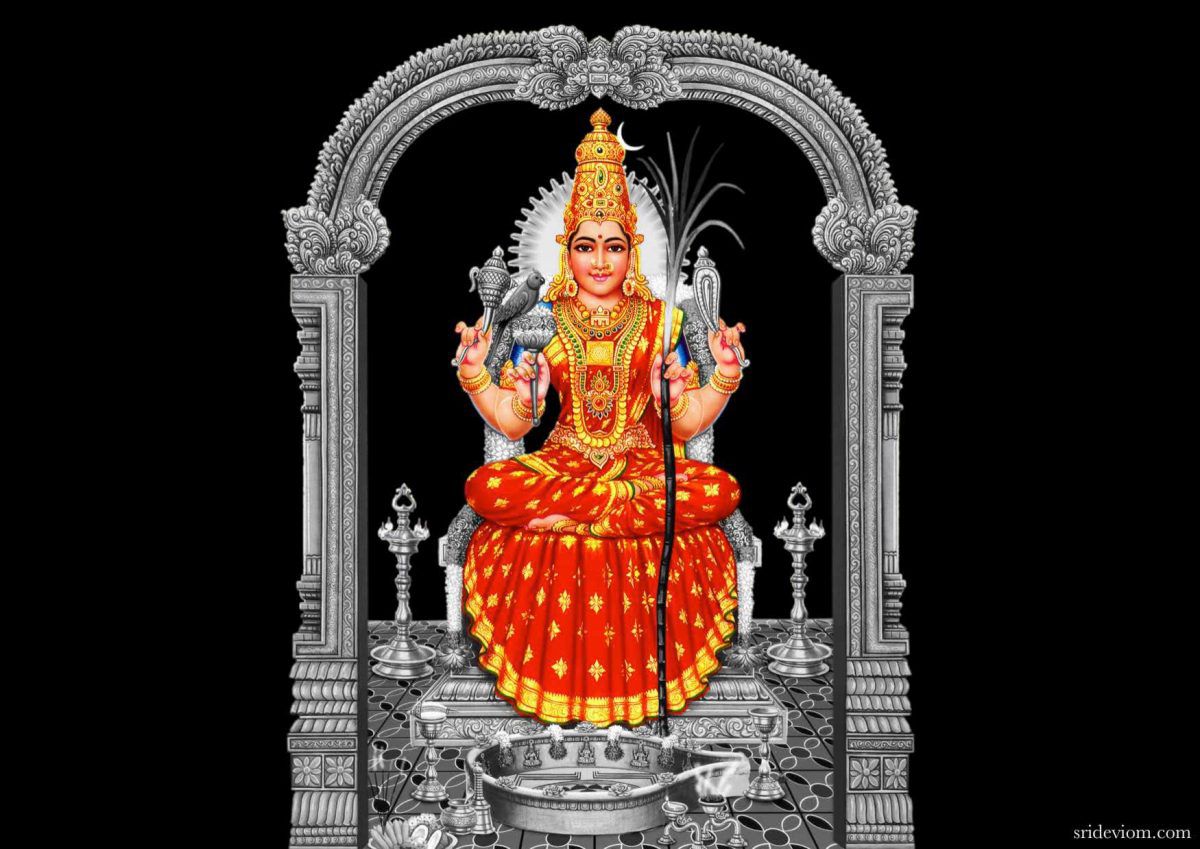 Translation of a beautiful song by the revered Sage Agastya.

Stories about the Divine, routine Kula Devi (ancestral) temple visits, regular interactions with monks and Vedantists, pilgrimages, devotional singing, and social service (Seva), made up my childhood. Of these, a few occurrences remain as my cherished memories.

One of them was the Mahishasura Mardini game, where my sister, cousins, and I would enact the legendary story. Another vivid recollection is my mother’s persistent “cuss word”, the time-tested Mandu Kamatchi, which means something like – You are Goddess Kamakshi but ignorant.

Still, there is one memory that tops it all. It is the inexplicable flow of spiritual sensations I felt when my father, along with his sister, sang the Sri Chakra-Raja song at a Lalithambika temple. That song has been very special to me ever since.

Sri Chakra-Raja is said to have been composed by Sage Agastya. According to the Lalitopaakhyaana, the revered story of Goddess Sri Lalita Tripurasundari, Lord Vishnu (as Hayagriva) arranged for Sage Agastya to receive Mother Sri Devi’s Sadhana. Further, the sage received the potent Lalita Sahasranamam as a part of those austerities as well.

This popular Carnatic classical song beautifully showcases the sage’s humility, devotion, and talents. It is a Ragamaalika, that is, it combines multiple raga-s effortlessly. Such a composition typically requires an in-depth knowledge of the Indian classical music system, which the sage obviously had.

Through this blog, I wish to honor that compassionate sage by presenting the lyrics and my humble translation of my favorite song. Also, I express my gratitude to his equally eminent wife, Devi Lopamudra, who was an acclaimed Sri Vidya practitioner.

The below lyrics are from the most popular and widely accepted Carnatic music textbook, Ganamruta Kirtanamala II, by AS Pancapakesha Iyer. I hope you’ll enjoy it as much as I did.

Note: The above is written in IAST, except for the character (ழ) unique to the Tamil language, which is written as zha.

Seated in the Sri Chakra-Raja chariot
And on a lion (or a lion-like throne),
The Divine Mother Sri Lalita,
You are the mistress of this existence.

You are the personification of
Agamas (scriptures), Vedas, and arts.
You are Narayani, the mother of
All movables and immovables.
You are the charmer of Nataraja, the King of Dance,
Who is ornamented by a serpent.
You are the mistress of Divine wisdom
And the sovereign of monarchs.

1) To sing and dance to you in various ways,
To wear as a flower (on my head),
The feet of those who sing and dance (to you),
To see you, who’s all over this world,
In a proper (clear) way,
Kameshvari, mistress of love situated at Kanchipuram,
Please give me the one-pointed state (ekāgratā).

2) I was loitering,
You turned me into a good person.
You placed me in the company of
Highly eminent (noble) people.
You removed my torturous erstwhile fate
That followed me like a shadow.
You are Nithya Kalyani, the eternally auspicious,
Bhavani, the origin, and
Padmeshvari, the mistress of/on a lotus.

3) You purified me by putting me
Through melting furnace-like sorrows.
You removed the persistent illusion
And gave me the purpose of my birth.
You increased the feeling of love within me
And made me see your dance (Leela).
Mother Akhilandesvari, ruler of this universe,
You are my refuge.

My apologies to the Divine for any mistakes in this song’s translation. My gratitude and reverence to Sage Agastya, Devi Lopamudra, and all other Sri Vidya Upasak-s (practitioners). May Sri Hari shower Divine Grace on each one of you, my readers.

Enjoy this video of Sri Chakra-Raja song rendered in the background of a beautiful & lavish Golu: 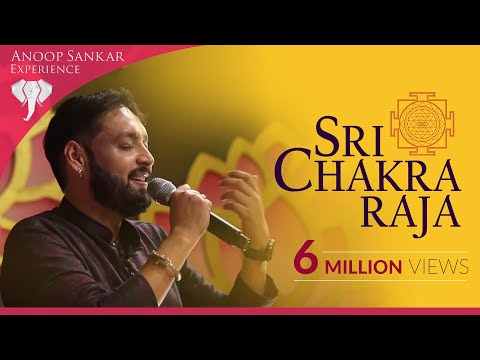 The Curse of a Deer
A Love Triangle