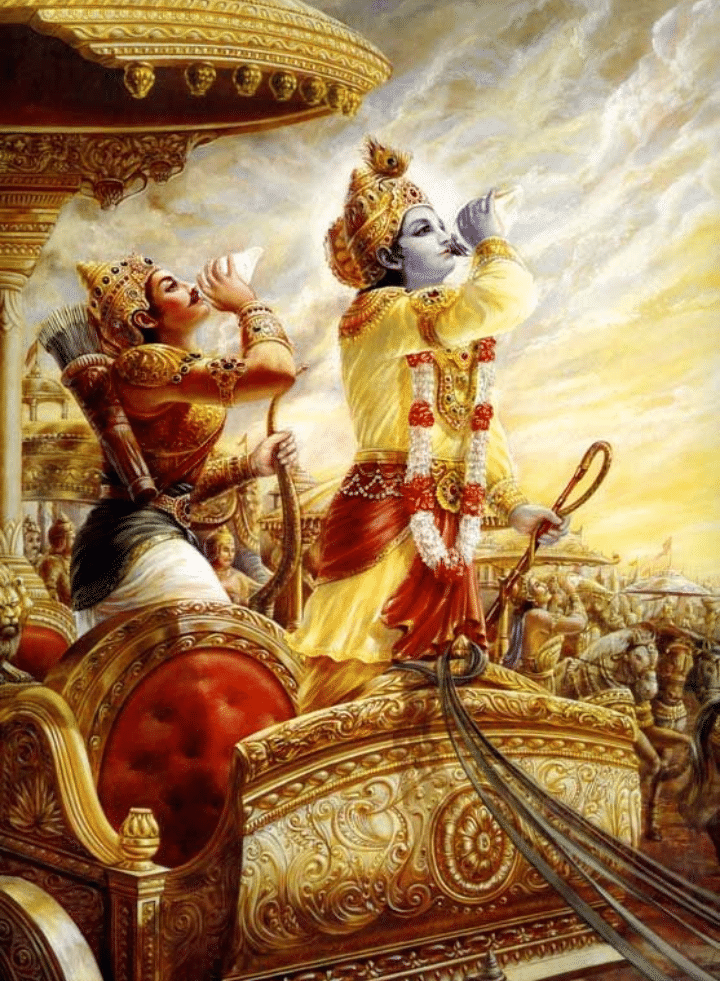 Some of my favourite collection of slokas

As Kartik month is ongoing. I thought what can be better than sharing Bhagwan’s word. So here are a collection of some of my favourite Slokas from Srimad Bhagvat Gita with its translation from Bhagavad Gita As it is by A.C. Bhaktivedanta Swami Prabhupada.

O son of Kuntī, the nonpermanent appearance of happiness and distress, and their disappearance in due course, are like the appearance and disappearance of winter and summer seasons. They arise from sense perception, O scion of Bharata, and one must learn to tolerate them without being disturbed.

As a person puts on new garments, giving up old ones, similarly, the soul accepts new material bodies, giving up the old and useless ones.

You have a right to perform your prescribed duty, but you are not entitled to the fruits of action. Never consider yourself to be the cause of the results of your activities, and never be attached to not doing your duty.

The wise, engaged in devotional service, take refuge in the Lord, and free themselves from the cycle of birth and death by renouncing the fruits of action in the material world. In this way they can attain that state beyond all miseries.

When your intelligence has passed out of the dense forest of delusion, you shall become indifferent to all that has been heard and all that is to be heard.

Arjuna said: What are the symptoms of one whose consciousness is thus merged in Transcendence? How does he speak, and what is his language? How does he sit, and how does he walk?

The Blessed Lord said: O Pārtha, when a man gives up all varieties of sense desire which arise from mental concoction, and when his mind finds satisfaction in the self alone, then he is said to be in pure transcendental consciousness.

One who is not disturbed in spite of the threefold miseries, who is not elated when there is happiness, and who is free from attachment, fear and anger, is called a sage of steady mind.

One who is able to withdraw his senses from sense objects, as the tortoise draws his limbs within the shell, is to be understood as truly situated in knowledge.

The embodied soul may be restricted from sense enjoyment, though the taste for sense objects remains. But, ceasing such engagements by experiencing a higher taste, he is fixed in consciousness.

While contemplating the objects of the senses, a person develops attachment for them, and from such attachment lust develops, and from lust anger arises.

A person who is not disturbed by the incessant flow of desires—that enter like rivers into the ocean which is ever being filled but is always still—can alone achieve peace, and not the man who strives to satisfy such desires.

These are Slokas of Chapter 2 of Bhagvad Gita. I will share Slokas from other chapters in next part.

Inbetween Life and Death
My Black Lotus Journey So Far