What influence us more - power, money, situations, what else? 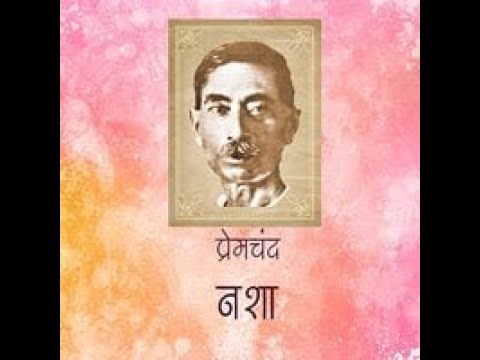 Recently I was given an opportunity to direct a Hindi play in Texas, USA. Given my interest in creative and literary pursuits, I gladly said YESSS. But, inside I was feeling challenged as I have never directed a live stage play (at least not since my college days, which was 25+ years back, and was not in touch with any friends in that field or a theatre group, still I was enjoying the challenge.

When we started discussing with organizers, a short story “Nasha” from Munshi Premchand Ji’s story collection (Mansarovar – part 1) was suggested and agreed upon. Given the audience and place, I thought I should take a spin on it to suit it for a new age/younger audience but then decided to keep the core as it was and add more elements to adapt it for the stage.

So I added more characters, male & female to bring more variations and situations. The whole idea was to bring some context and then present the story. In parallel, we started meeting local talent and people who were interested in acting, or willing to participate in any way. The passion was bubbling underneath somewhere and that’s what we were looking for.

By now we have less than 2 months left in hand and with festivals (Dussehra & Diwali) actual time was even shorter… but with motivation from the team we manage to meet virtually and in person every week.

and we got to the final week and on stage 2 days before for dress rehearsals… and things were all over the place… Light & Sounds, Stage setup, and Overall Co-ordinations all felt all over the place … team morale and confidence both were shaking before the final day.

I let my team focus on finishing dinner and heading back home just to focus on their dialogues and part, but I sat with all on-stage staff to synchronize each other, all changes that were needed to adapt to the actual stage, and all assumptions and confusions that need to be corrected…

While driving back. I am thinking about what we can do during the afternoon to bring the team all cheered up… I arranged another round of rehearsal with the on & off-stage team.

Early morning the next day, on the prime show day, I sat on a script to annotate all details.. lighting, sounds, all changes, and coordinations that were needed to keep things in sync…

The results are here, let me know if you like it… good or not.. my biggest reward is that I learned a lot.