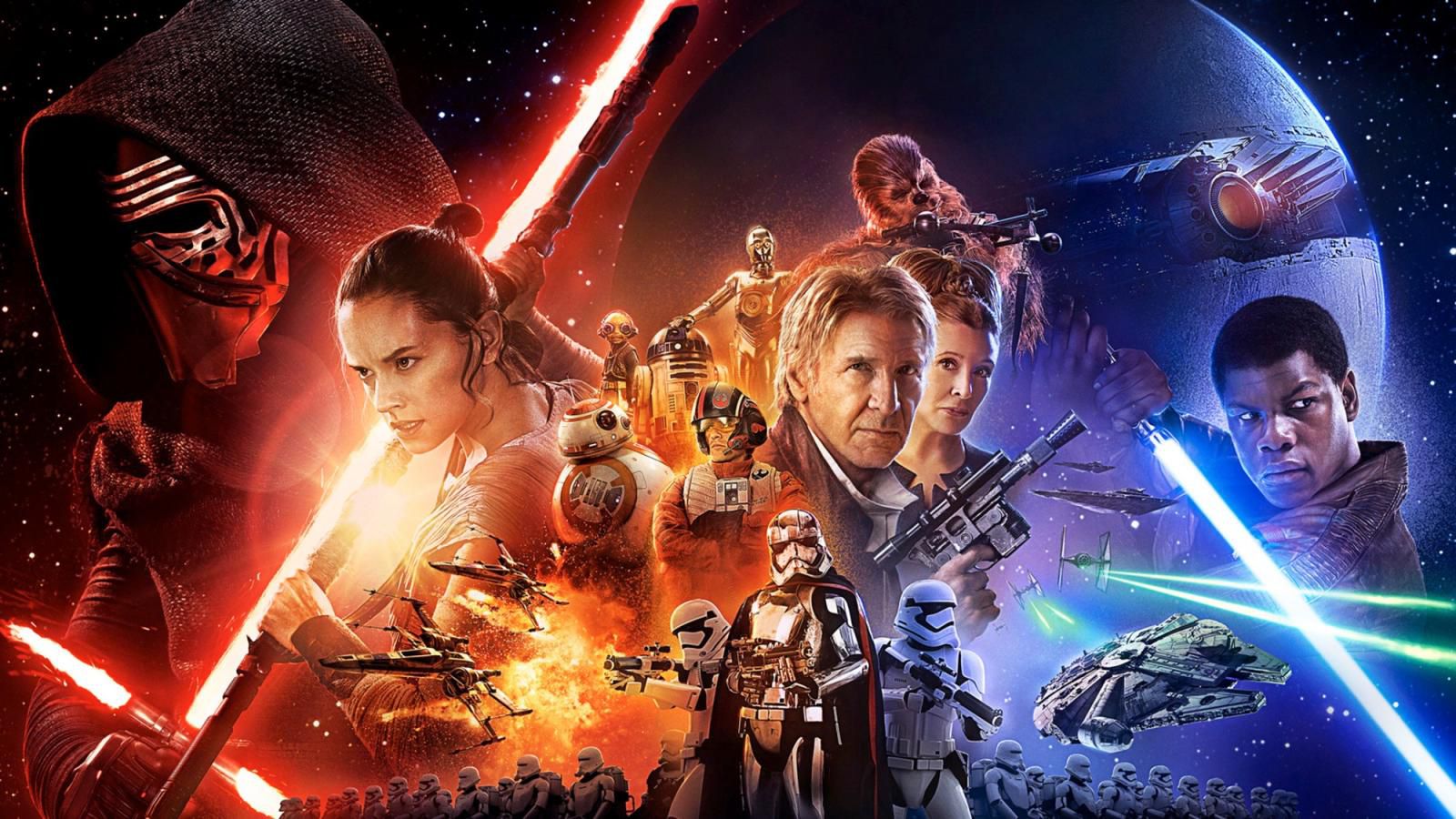 "May the Force be with you"

The Star Wars franchise of movies has hidden spiritual messages in the form of characters, dialogues, and the whole philosophy of the movies.

Star Wars depicts the adventures of characters “A long time ago in a galaxy far, far away”, in which humans and many species of aliens (often humanoid) co-exist with robots (typically referred to in the films as ‘droids’), who may assist them in their daily routines; space travel between planets is common due to lightspeed hyperspace technology. Spacecraft range from small starfighters, to huge capital ships such as the Star Destroyers, to space stations such as the moon-sized Death Stars. Telecommunication includes two-way audio and audiovisual screens and holographic projections.

A mystical power known as the Force is described in the original film as “an energy field created by all living things”. The most famous line from Star Wars movies, “May the Force be with you” still resonates with us. Episode 4 introduced us to the idea of the Force and to the religion of the Jedi or spiritual warriors. Obi-Wan tells young Luke, “Well, the Force is what gives a Jedi his power. It’s an energy field created by all living things. It surrounds us and penetrates us. It binds the galaxy together.” He later tells Luke he must “feel the Force” flowing through him. This is the world’s first exposure to the Star Wars concept of “The Force.” As the movie progresses, Luke grows in his understanding and use of the Force.

Star Wars uses one of the most ancient religious motifs imaginable: the battle between light and darkness, and goodness and evil. It’s Luke Skywalker vs. Darth Vader and it’s clearly evident as Darth sounds like “dark,” and Skywalker contains the word sky. In fact Darth Vader, the supreme personification of evil, is an avid meditator. Both Darth and Luke trained under the same Jedi masters and developed skills but one chooses dark and the other light.

George Lucas, the creator of “Star Wars,” says he wanted to do more than entertain the masses. He wanted to introduce the youth to spiritual teachings through “new myths” for our globalized, pluralistic millennium. “I see ‘Star Wars’ as taking all the issues that religion represents and trying to distill them down into a more modern and accessible construct,” Lucas has said. “I wanted to make it so that young people would begin to ask questions about the mystery.”

Star Wars” borrows quite a bit from Buddhist symbols, teachings and practices. One writer calls it “Zen with lightsabers.”

The name of the Jedi Order itself could be borrowed from Asian culture, said religion scholar Christian Feichtinger. The “jidaigeki,” a genre of popular movies in Japan, depicts samurai learning to combine swordsmanship with spiritual training, and slowly discovering that the mind is mightier than the sword.

But there’s more to spirituality in “Star Wars” than Buddhism. Like Zen itself, the saga blends aspects of Taoism and other religious traditions. “The Force,” for example, sounds a lot like the Taoist idea of “chi,” the subtle stream of energy that animates the world.

So perhaps the real spiritual message of “Star Wars” isn’t about the end or beginning of organized religion. Maybe, like a good Zen teacher, it’s a mirror showing us our own minds. Are we preoccupied with the past, concerned about the future, or paying attention to the present.

“Your focus determines your reality.”

This is a new day, a new beginning.”

“If you define yourself by your power to take life, your desire to dominate, to possess, then you have nothing.”

“The Force is not a power you have. It’s not about lifting rocks. It’s the energy between all things, a tension, a balance, that binds the universe together.”

“Something inside me has always been there, but now it’s awake.”

“Luminous beings we are, not this crude matter.”

“The ability to speak does not make you intelligent.”

“Train yourself to let go of everything you fear to lose.”

“Compassion, which I would define as unconditional love, is essential to a Jedi’s life so you might say we are encouraged to love.”

May the Force be with you.